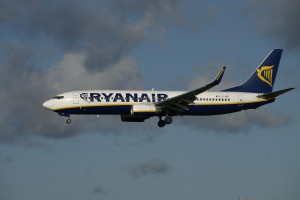 The second ATO Symposium took place at the Sofitel Hotel on 23 May. The event, a successful conference on commercial pilot training designed to serve ATOs, attracted more than 100 delegates from all over Europe.

Captain Andy O’Shea, Head of Training at Ryanair, attended the event and spoke of the airline’s current recruitment plans, as well as presenting the various trainers in the audience the chance to find out exactly what the airline looks for during its recruitment process. Attendees were able to get an insight into the qualities that Ryanair look for in successful candidates. The airline undertakes around 1,000 assessments a year and has a 48% assessment pass rate. According to Captain O’Shea, common weaknesses in candidates who fail include poor CRM, poor handling skills and preparation. Captain O’Shea also explained that the airline had recently analysed the records of 440 successful cadets, and found no apparent differentiation between nationalities, integrated or modular CPLs, English language proficiency or flying school.

He further added that with 180 aircraft on order which will bring the airline’s fleet size to more than 400 aircraft, 1,000 pilots will be needed by Ryanair.

The day also featured Sqn Leader Nick Goodwyn, who talked on the delivery of performance-based improvement training and Jacqui Suren, CTKI and CEO of ProPilot, who talked about the trainer’s new Knowledge Skills Attitude training, developed with airlines.

Event coordinator, Darran Ward, explained, ‘’The event is aimed at delivering up-to-date information directly to ATOs, on issues which affect them, as well as offering a networking opportunity. The day certainly achieved that based on the feedback from delegates. We look forward to repeating the event in 2015.”

Ryanair has launched a recruitment drive for 2,000 new pilots over the next three years as the airline recovers and rebuilds from the Covid-19 pandemic.