Review: Skyfaring, A Journey with a Pilot 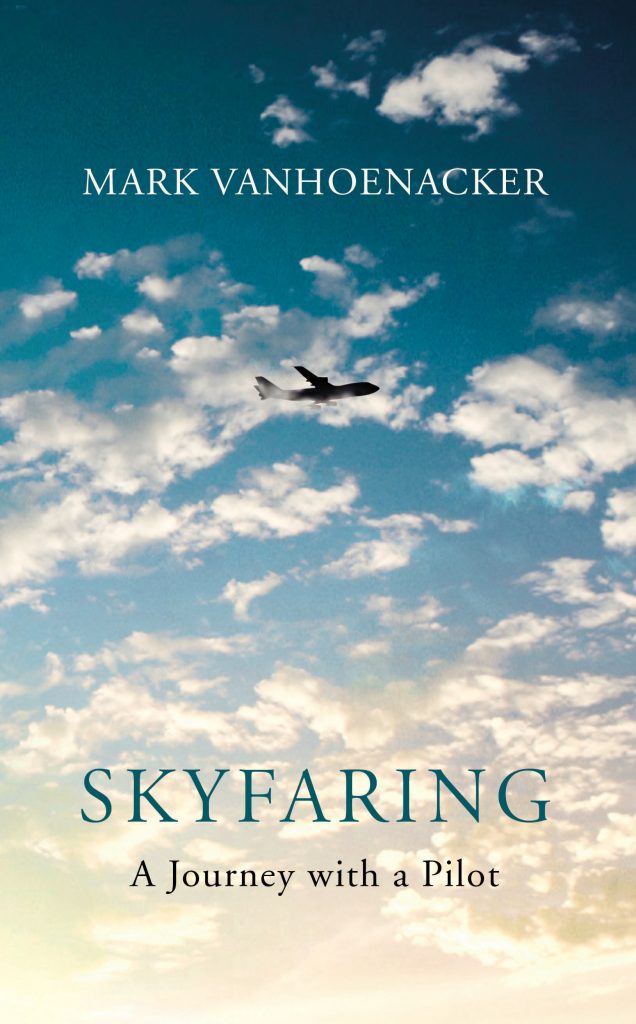 Skyfaring: A Journey with a Pilot

An offering from British Airways pilot and self-described ‘flight-romantic’, Mark Vanhoenacker, Skyfaring: A Journey with a Pilot is the answer to those questions that are often put to airline pilots – “What does it feel like to fly?” “Do you remember your first flight?” “Is it something you’ve always wanted to do?” – questions which seem to have arrived ‘entirely intact from a time before flying became ordinary.’

Drawing on everything from his few flight lessons as a teenager ‘over autumn-tinged hills in rural Massachusetts,’ to his decision to leave a management consultant position to pursue a flying career, to his acceptance by the British Airways Trainee Pilot Programme to fly commercially at age 29, Vanhoenacker dispels the notion that the cockpit is an exclusive, unattainable place, leaving the reader with a sense that “Maybe I could do that too.”

More than this, Vanhoenacker invites you into the private world of the cockpit, sharing what pilots really think of the aesthetics of the aircraft they fly; “Pilots might say that one airline looks right, or that another looks – vaguely, but definitely – wrong.” He writes fondly of the camaraderie found in the industry, “(When I) meet a cabin attendant or pilot in another context… They understand that I never know what days I will be on my home continent the next month, or that there’s a chance I’ll be away on Christmas Day, or airborne late on New Year’s Eve, unsure of when or where to hum ‘Auld Lang Syne’.”

The book informs on the practical aspects of an airline pilot career too, from the tricky task of financing training, to explaining Type Ratings, Zulu time, and in-flight paperwork. But there are also plenty of inviting snippets of day-to-day pilot life; in the chapter ‘Encounters’, Vanhoenacker shares tales of the diverse people you will meet during a flying career, from fellow pilots to flight crew to passengers, and writes poignantly of the occasionally lonely nature of the profession.

Through all of the facts, Vanhoenacker’s passion shines through and he speaks lovingly of the rewarding aspects of the job: the ever-changing faces; the peace and reflection of night flying; and the enjoyment he still finds in watching aeroplanes from the ground, despite his numerous hours in the cockpit. Vanhoenacker also makes the case for still having a human being in the cockpit, in our world increasingly ruled by the computers.

For frequent fliers who want to know a little more about the process which gets people from one point on the earth to another, this book gives insight into everything from the pilot’s pre-flight walk-around to their in-flight routines. However, readers will be most rewarded if want to step into the cockpit of a 747 themselves one day. Perhaps for any aviator who is already familiar with flying for international airlines, Skyfaring may seem run-of-the-mill stuff, but for anyone who wishes to get a pilot’s insight into what it’s really like to notch up thousands of miles and hours, flying sophisticated aircraft around the world – you won’t find a much more passionate account than this one.

Skyfaring: A Journey with a Pilot is published by Chatto & Windus and is now available in Hardback, £16.99 and also available in eBook format. Also watch out for a Pilot Career News interview with the author, Mark Vanhoenacker, coming soon.