British Airways had great news for the 1,500 aspiring pilots who attended Pilot Careers Live in London on Saturday. On a record day of attendance at the event, the airline’s Manager of Pilot Recruitment, Lindsay Craig, explained that British Airways hopes to hire at least 330 Direct Entry Pilots in 2016. The carrier has already hired 340 Direct Entry pilots in 2015, he added.

Captain Cox joined Lindsay Craig on the headline seminar programme, presenting on future opportunities with BA Cityflyer, a growing international airline which has recently partnered with Kura Aviation to offer an employment pathway for modular trained pilots. “Modular trained new First Officers bring qualities and skills that we, as an airline, value highly,” he explained. “We are looking for exceptional people to join our flight crew.” More about the programme and information on how to apply here.

Modular training was a hot topic elsewhere during the day, with the launch of the new Wings Alliance, a group of modular training providers which hopes to revamp the more affordable route. Alex Whittingham, MD of Bristol Groundschool, spoke to Pilot Career News. “Modular training through the Wings Alliance will cost substantially less than the equivalent integrated course. Through our members we can offer a real high value alternative for aspiring commercial pilots who are seeking a direct route to airline employment. Integrated training isn’t for everyone. It’s all about choice,” he adds. “What suits one person, isn’t going to suit another.”

Bruce Dickinson, another Wings Alliance member as MD of Cardiff Aviation, was quick to agree with the need for a more affordable choice. “Flight training is overpriced, and people have been getting away with it,” he said. “We know, in the industry, the cost of delivering Integrated courses. We know the profit margins that are being created, and how money’s being spent too. So we know that flight training should be available at a much more reasonable price.” Read the full interview here.

There was another announcement at the show aimed at tackling the affordability of pilot training. Integrated training provider, FTA, announced a new, streamlined route with the eye-catching price of £59,950, aimed at busting the myth that Integrated training needs to cost upwards of £100,000. “We’re really excited to be able to offer this value for money Integrated Flight Deck Programme without compromising on quality,” says Jonathan Candelon, MD at FTA. “The course still allows for students to complete most of the course in the UK (including all the advanced sections in the UK’s complex airspace).” An exclusive deal with Teruel airport in Spain and a chance of training aircraft allowed FTA to cut their price, offering an attractive offering for students hoping to follow an Integrated course. More here.

Aspiring pilots received a further boost with an announcement from Captain Graham Stokes, Virgin Atlantic’s Head of Flight Operations Training & Standards, who stated that Virgin Atlantic’s Future Flyers Programme is “here to stay,” explaining that the airline’s recruitment programme for ab initio entrants will now take place annually, ensuring opportunities for pilots in the future. The latest application window of the Virgin Atlantic Future Flyers Programme has been announced, training and selection to be provided by CTC Aviation, find more information and details of how to apply here.

The next Pilot Careers Live event will take place in Rome on 14 November, with further events in Dublin, Frankfurt, London, Leeds and Rome in 2016. Visit www.pilotcareerslive.com for more. 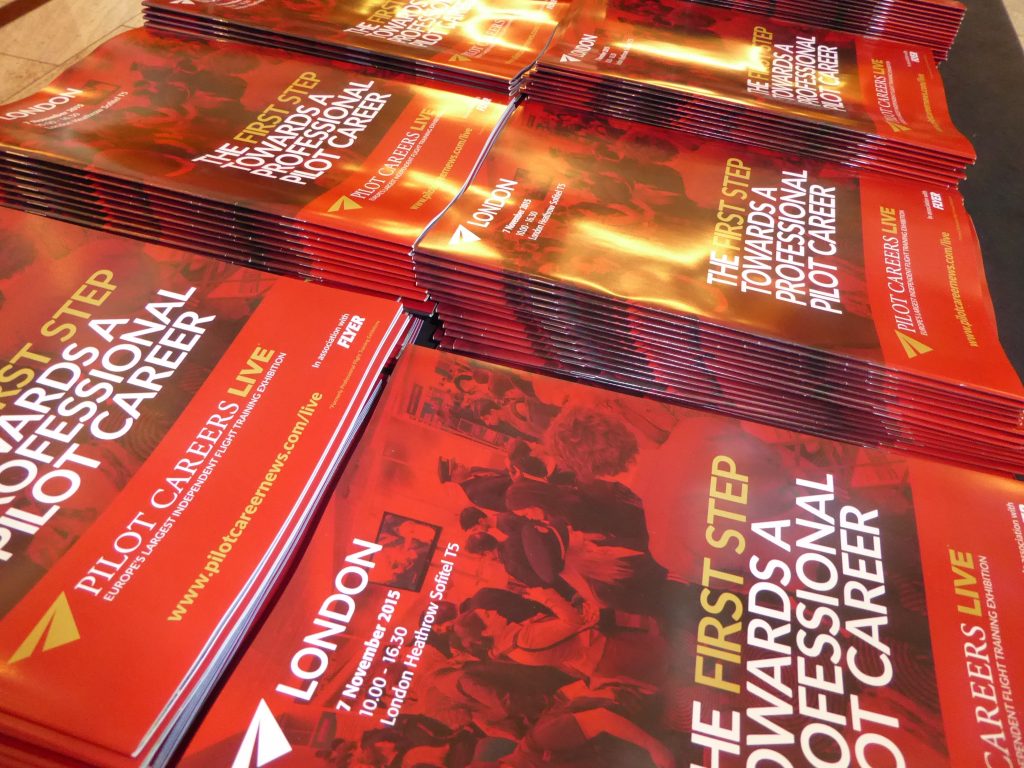