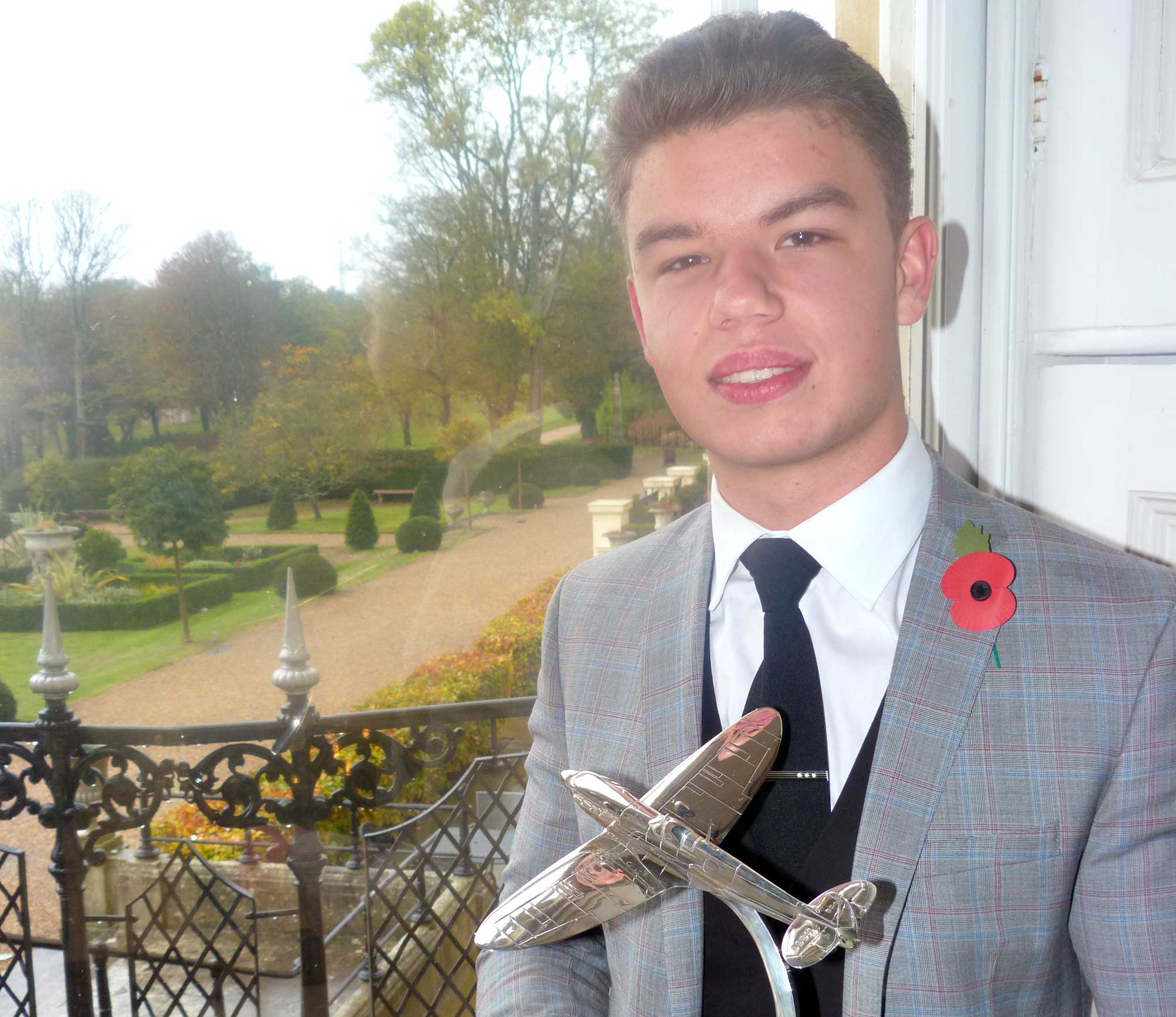 Cadet pilot Paul Stephenson, aged 20, has been awarded the prestigious Royal Air Force Charitable Trust Flying Excellence Trophy and £5,000 worth of flying training in recognition of his outstanding flying ability and personal qualities.

The Scholarship, which is awarded to nine RAF Air Cadets (RAFAC) annually in honour of the charity’s first chairman, enables those who show flying capability and the potential to achieve a successful career in aviation the opportunity to complete their Private Pilot’s Licence (PPL).

The scholarships are competed for nationally across the six regions of the Air Cadet Organisation each year and all nine cadets are sent on a six-week residential course at Tayside Aviation. All have full access to air and online ground school training and a PPL examination. It is from among these successful scholars that the Flying Excellence Trophy and grant is awarded.

Award recipient Paul from Middlesbrough, has always had a keen interest in aviation – he was a member of 1869 (Middlesbrough) Sqn, Central and East Yorkshire Wing and joined the RAFAC when he was 13.

He said, “Joining the RAFAC helped to grow my passion for aviation and has transitioned me into the man that I am today. I relished the experiences that came my way, including the completion of my Air Cadet Pilot Scheme which was an achievement that I shall treasure.

“I couldn’t afford to fund my PPL so when the Trust awarded me The Air Chief Marshal Sir Michael Knight Pilot Scholarship, I felt sky-high – literally!

“To receive an extra £5,000 to further my flying training is just the icing on the cake – thanks to the Trust, I am one step further in pursuing my dream of becoming a pilot.”

Director of the RAF Charitable Trust Justine Morton said that it was difficult to choose between the nine scholars, however Paul showed real enthusiasm and promise.

She said, “The grant is an acknowledgement of Paul’s obviously potential and innate flying ability. The Award will provide him with a fantastic opportunity to capitalise on his PPL, further his aviation career and consolidate the potential he has shown.”

Dundee-born Gavin Ritchie, aged 24, will start a career as an airline pilot with Flybe on 1 November, one of the first batch of students to lan...