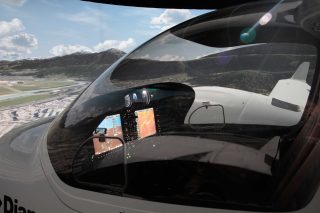 “The new Diamond fleet will increase Patria´s training capacity considerably and will allow us to train our students faster in the very competitive training market. Diamond is well-known for its high quality aircraft and we are pleased to extend our cooperation with the company,” said Lassi Matikainen, President, Patria Aviation.

“Diamond Aircraft is proud to be part of the history of Patria Pilot Training. We are glad to see that Patria is introducing the DA40 NG as their new single engine trainer. Together with the new DA42-VI and the two FNPTII’s, Patria will be able to benefit from the standardization of the fleet as well as from the fuel efficient and low maintenance airplanes,” said Christian Dries, CEO and Owner, Diamond Aircraft Industries GmbH. 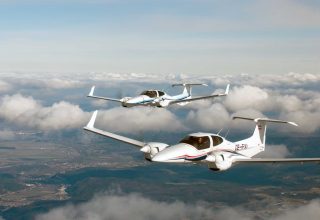 Patria will continue to operate nine Tecnam P2002JF aircraft together with the new trainers to answer to strong demand in pilot training markets in Finland and internationally. All trainers will be used for Finnair’s MPL cadets’ training. Patria has recently also purchased an Airbus A320 Flight Training Device for the MPL training program.