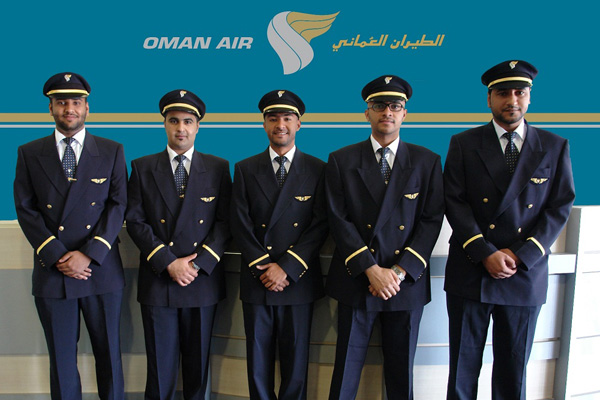 Following the graduation in March of ten Omani cadet pilots, Oman Air is now recruiting more candidates from within the sultanate.

A further 13 Omani candidates have now been enroled at ENAC and are expected to graduate in 18 months’ time.

The cadet pilots will be offered support by Oman Air throughout their training at ENAC. They will receive financial assistance, as well as help with accommodation, insurance, fees and academic studies. In addition to recruiting cadet pilots, Oman Air is seeking applications from ab initio pilots. According to the airline, successful applicants are likely to be enrolled as Second Officers on a type rating course in one of the Oman Air’s narrow-body aircraft, depending on company requirements.

Captain Shidhani welcomed the recent cadet pilots’ graduation, and the subsequent recruitment campaign, saying, “As the national carrier of the Sultanate of Oman, Oman Air is committed to ensuring that as many Omani citizens as possible have the opportunity to develop successful careers with us.

“We are therefore delighted to see these ten ambitious and dedicated cadet pilots graduate from ENAC, from where they will go on to train with our own flight crews. Our congratulations go to each of them and we look forward to their joining the Oman Air team.

“And as Oman Air continues its ambitious fleet and network expansion programme, we are also pleased to be recruiting further candidates. As a result, more Omani citizens than ever before will fly our aircraft to destinations around the world.”

Applicants wishing to be considered for positions as cadet pilots should be Omani citizens aged between 17 and 26 years. They should have attained high grades in English, Mathematics and Physics at secondary school. Diploma and university/college graduates should have achieved qualifications within a science stream. In addition, before being selected each candidate will be required to pass a range of medical and psychometric tests.

Full details of the requirements for both positions can be obtained by contacting Oman Air’s head office.

Currently, around 60% of Oman Air’s global workforce comprises Omani citizens and the airline expects to see this figure increase in the future.

The number of Omani pilots employed by Oman Air has increased consistently over the last four years, as the airline experienced steady growth.

With the onset in late 2014 of Oman Air’s current ambitious and rapid expansion programme, the airline’s fleet size has increased and is expected to stand at 50 aircraft by 2018. Continued expansion to 70 aircraft is expected by 2020.