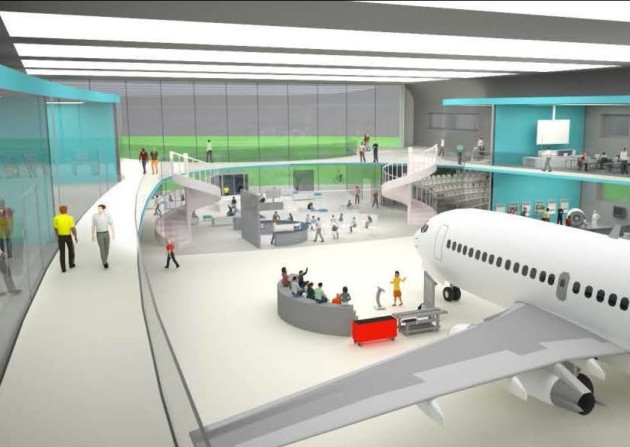 An artist’s impression of the future facility

The new Aviation Academy, which planners say will be ‘state of the art’, will open its doors in late 2016. It’s projected to be able to provide training to 200-300 students at any given time; engineering programmes for 16-18 year olds, that will eventually be delivered in the academy, have already started, from September 2014, at City College Norwich. The aim of the Academy is to prepare either for further or higher education, or higher apprenticeships at the Academy.

The first students at the 13,000sq ft site, housed in a transformed Second World War air hangar, will begin training in September next year.

Simon Witts, founder and chief executive of the Aviation Skills Partnership, said, “Norwich was once the go-to place for aviation, and we want to make it like that again,” he said. “We want to create the Silicon Valley of aviation training.”

According to the people behind the plans for the Academy, originally unveiled in September 2013, the facility will be the first in the country to create a ‘real world’ learning environment that includes full size, working aircraft. It will focus on offering a broad education and skills training in aviation and will raise the standards of learning using innovative teaching techniques. The facility will offer BSc(Hons) Professional Aviation Engineering Practice subject to approved validation by University of East Anglia and delivered by City College Norwich in partnership with KLM UK Engineering, developed with Aviation Skills Partnership’s work-based degree framework.

More courses will be announced shortly and enrolment details will be released in due course.

Aviation Skills Partnership has added another professional pilot training and degree programme, for fixed-wing pilots and flight instructors, to its A...