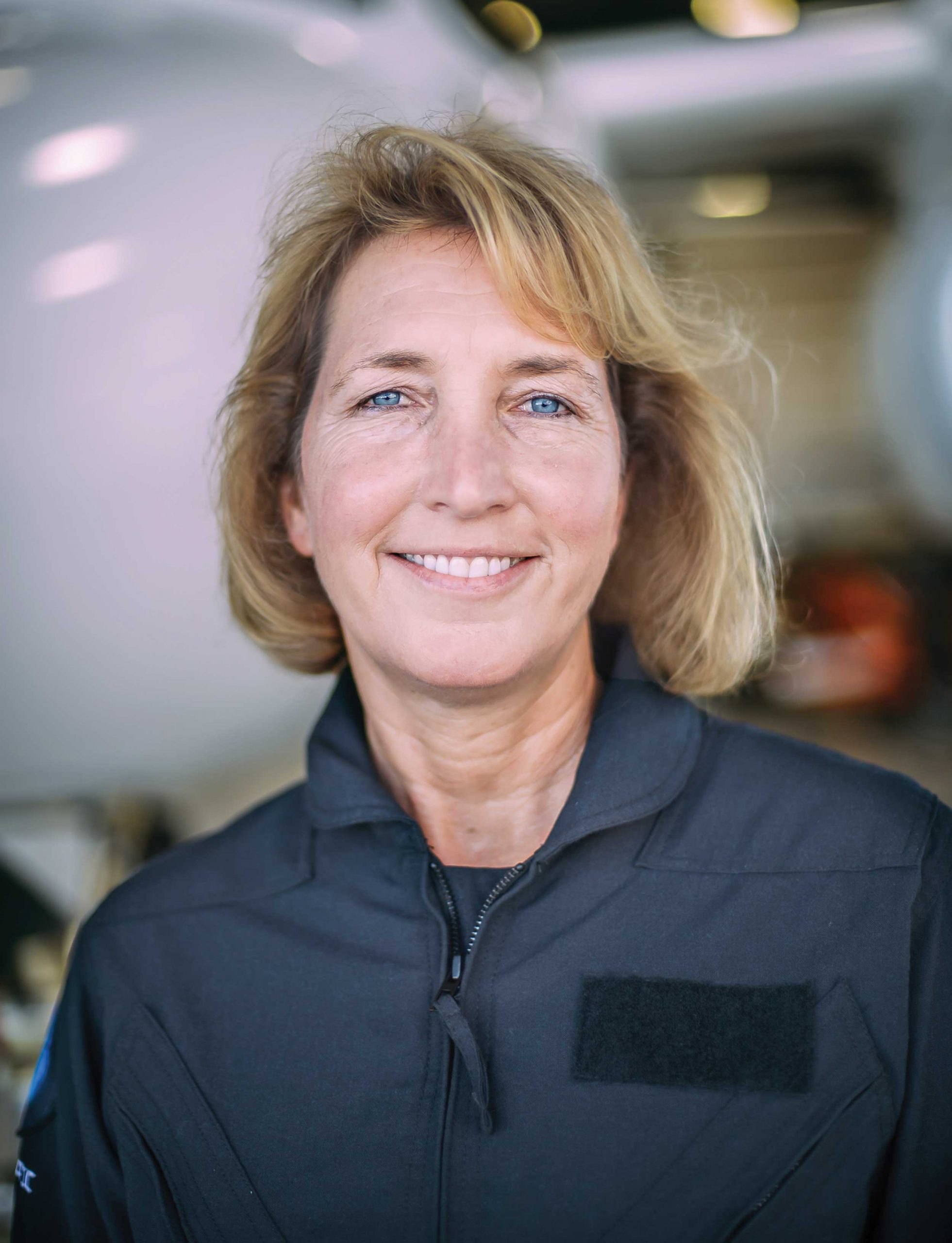 This article first appeared in FLYER in April 2019

How did you get into flying?
Even though I didn’t grow up around aviation, it was always my childhood dream to become an astronaut.

I figured the best way to achieve this was to become a military test pilot. My first solo in a glider at the Air Force Academy (USAF), at the age of 19, was a pinnacle moment. I knew then I wanted to fly for the rest of my life.

Tell us about your job…
I’m the lead test pilot for Virgin Orbit. Currently we’re testing how far and high we can fly with the empty LauncherOne rocket mounted to the converted 747 known as Cosmic Girl.

We aim to launch it from 35,000ft, normal cruising altitude for an airliner, but with the nose raised at a 30˚ angle. Instead of dropping the rocket horizontally, we’ll release it already pointed towards space, and to do so, we’ll start low, fly as fast as possible and then pull up.

Having a rocket on the wing naturally changes the aerodynamics, giving us less lift and more drag, and also the different speeds we’ll fly at influence the aircraft’s controllability. Both the rocket and the aircraft are performing really well, though. The next challenge will be to perform tests with LauncherOne full of water to simulate its fuel weight.

Test flights are a big deal, but they’re the tip of the iceberg. What lies beneath is a mountain of work – years and years of modifications by lots of engineers. That’s why teamwork is so important in my job. Two other essential qualities for a test pilot are attention to detail and discipline.

You have to carefully plan each flight beforehand, looking closely at the risks involved, and if something unexpected happens, you need to have the self-restraint to terminate the flight.

Next to Cosmic Girl, I also fly Virgin Galactic’s WhiteKnightTwo and I am in line as a pilot for SpaceShipTwo, which will be incredibly exciting! Because these aircraft are modified between flights, I don’t perform tests that often. In WhiteKnightTwo it’s about four times a year and since July 2017 we’ve only taken Cosmic Girl up 24 times.

We practise a lot in the simulator though, and fly the Baron 58 or Extra 300 every week to keep current. In the Extra we fly an FAA approved profile for SpaceShipTwo, with negative and positive g-forces to keep our body in shape. I can’t imagine having a job that doesn’t involve flying.

What training did you have?
After graduating from the USAF Academy with a degree in astronautical engineering, I joined the US Air Force where I flew missions all over the world. In 2007 I became the NASA Armstrong Flight Research Centre’s first female research test pilot and afterwards I worked at Boeing before joining Virgin Galactic in 2015.

Looking back, the most important part of my training was my time at the US Air Force Test Pilot School in 1996, as it really gave me a different perspective on flying. There I learned to test fly all kinds of aircraft – from gliders to F18s. It was lots of work, but also lots of fun. In every aircraft we worked with engineers on little test projects, and all these experiences turned that year into one huge learning curve.

What’s been your favourite flight?
Virgin Orbit’s first captive-carry flight on 19 November 2018 meant a lot to me.

It was the first time I was the primary test pilot on a project that I’ve been involved in from the absolute beginning, so it was a big milestone. Next year though, the first flight where we’ll actually launch the rocket will probably be my favourite!

And your favourite airfield?
Edwards Air Force Base. It has such a rich history of test flying and it’s the place where I learned to test fly.

Do you get to fly much outside work?
Not really. Since I picked up surfing 10 years ago, I spend all my spare time at the beach.

However, a lot of my colleagues at Virgin Galactic own aircraft and I often chat with them about the pros and cons of different types and the costs involved in owning one. Maybe I will in the future.

What’s the most valuable career advice you’ve received?
A senior pilot once told me the best way to get to where you want to be, is to focus on the job you’re doing now and do the best you can.