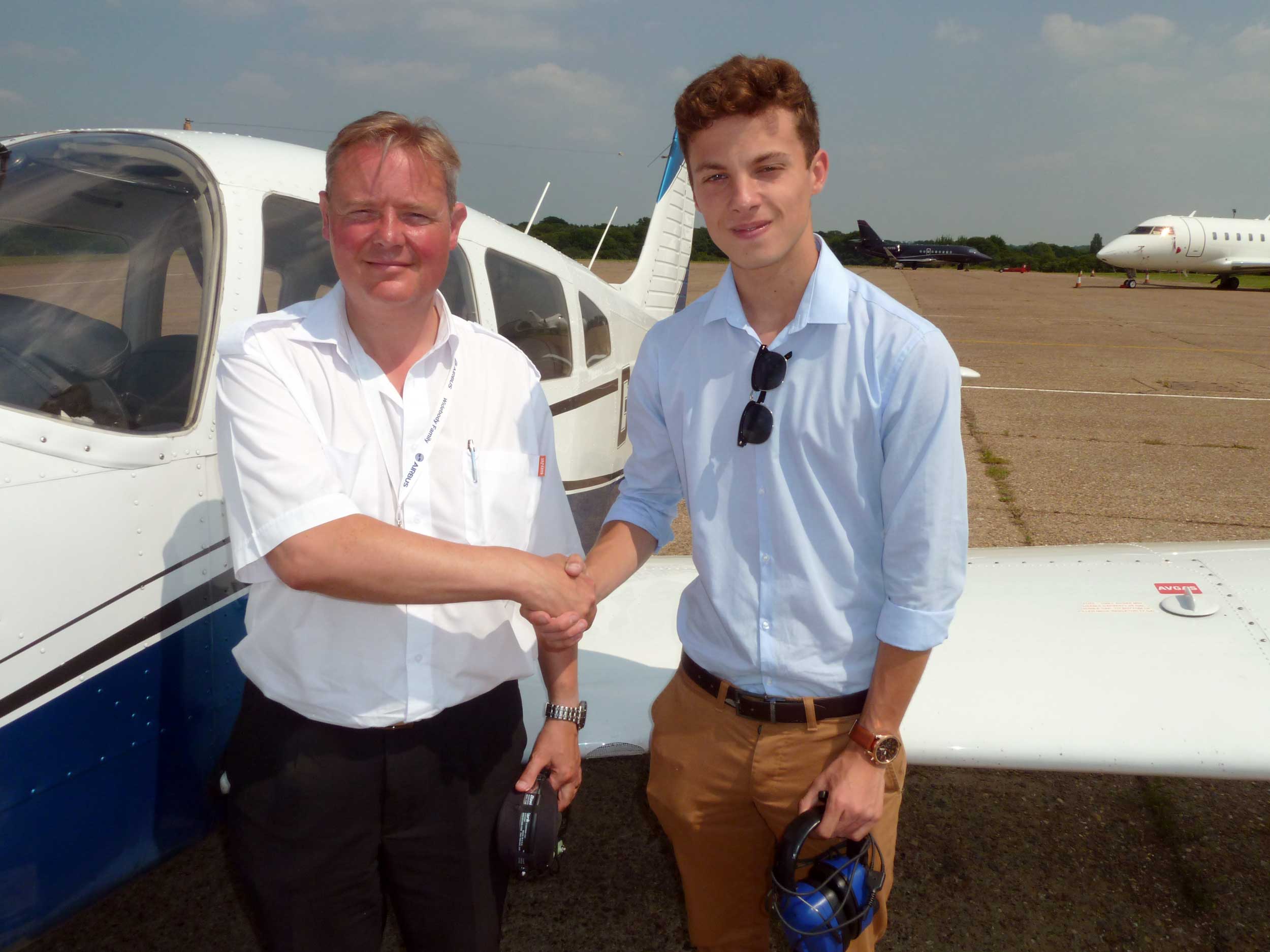 Jack Hawkins, aged 18, has been awarded the Nick Davidson Memorial Flying Scholarship for 2017.

Last week at London Biggin Hill Airport, Jack was presented with his flight bag containing the course syllabus, study books and equipment that he will need for the 45-hour flying schedule and nine ground subjects required for qualification for the Private Pilot’s Licence (PPL). He also had his first flying lesson with Gary Merchant who flies as a Captain with Easyjet.

Jack’s training will be sponsored for the main part by the family of the late Captain Nick Davidson. Supporting co-sponsors include:

Jack had been selected as the outstanding candidate from a list of more than 80 aspiring applicants following rigorous interviews and searching aptitude tests.

Chairman of the interview panel, Captain Gary Merchant, said that Jack Hawkins had shown determination in his ambitions, realism with his personal targets and sensible alternative plans if his career path was frustrated in any way.

“Jack is well focussed and clear about the path he plans to follow to qualify as a professional commercial pilot. His enthusiasm is infectious and he has all the characteristics for eventually becoming a fine air crew member,” said Merchant. 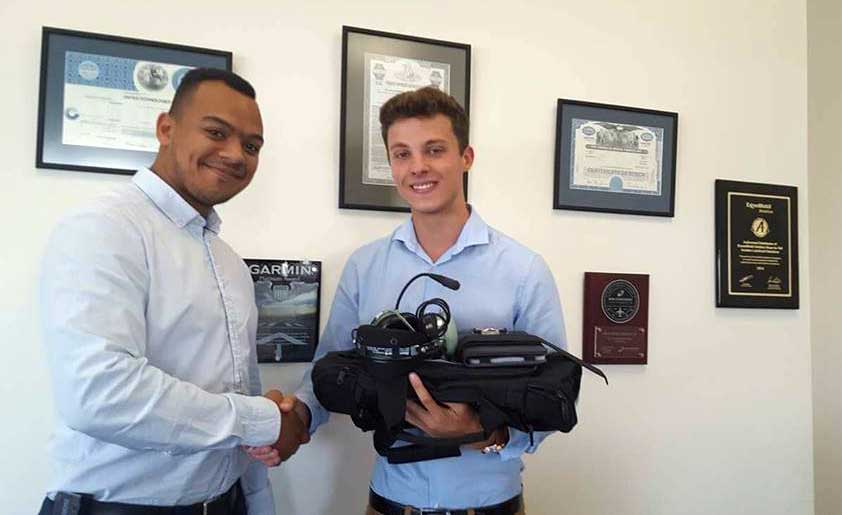 Above: Jack receives his pilots equipment from Alex Hallson of Adams Aviation.

The Nick Davidson Memorial Flying Scholarship was created at London Biggin Hill Airport in 2013, a year after Nick Davidson had died from cancer. In earlier days, Nick had flown as an instructor at the Surrey & Kent Flying Club.

The winner of the first scholarship was John Harrison, now in the final stages of qualifying for his Air Transport Pilots Licence (ATPL) to fly airliners.

The second winner in 2015 was Steven Inch from Biggin Hill. Soon after gaining his PPL, he applied to join the Royal Air Force and was accepted for training. He completed his basic training at the RAF College Cranwell last year and has recently been streamed for fast jet training with a posting to RAF Lynton-on-Ouse to fly the Tucano.

Alina Davidson, widow of the late Nick Davidson, says that she is thrilled with the ambitions and achievements of the first two Nick Davidson Flying Scholars which has encouraged her to continue the sponsorship funding in 2017 and 2018.

“The amazing results from these two scholarships meet in full the concept that my husband Nick planned with such care before he died,” said Alina.

“I wish to record my thanks to Nick’s great friend, Gary Merchant, who has so faithfully and successfully created the scheme which is now a registered charity. Nick would be so proud and this is why I am very happy to continue, hopefully with our wonderfully supportive co-sponsors.”