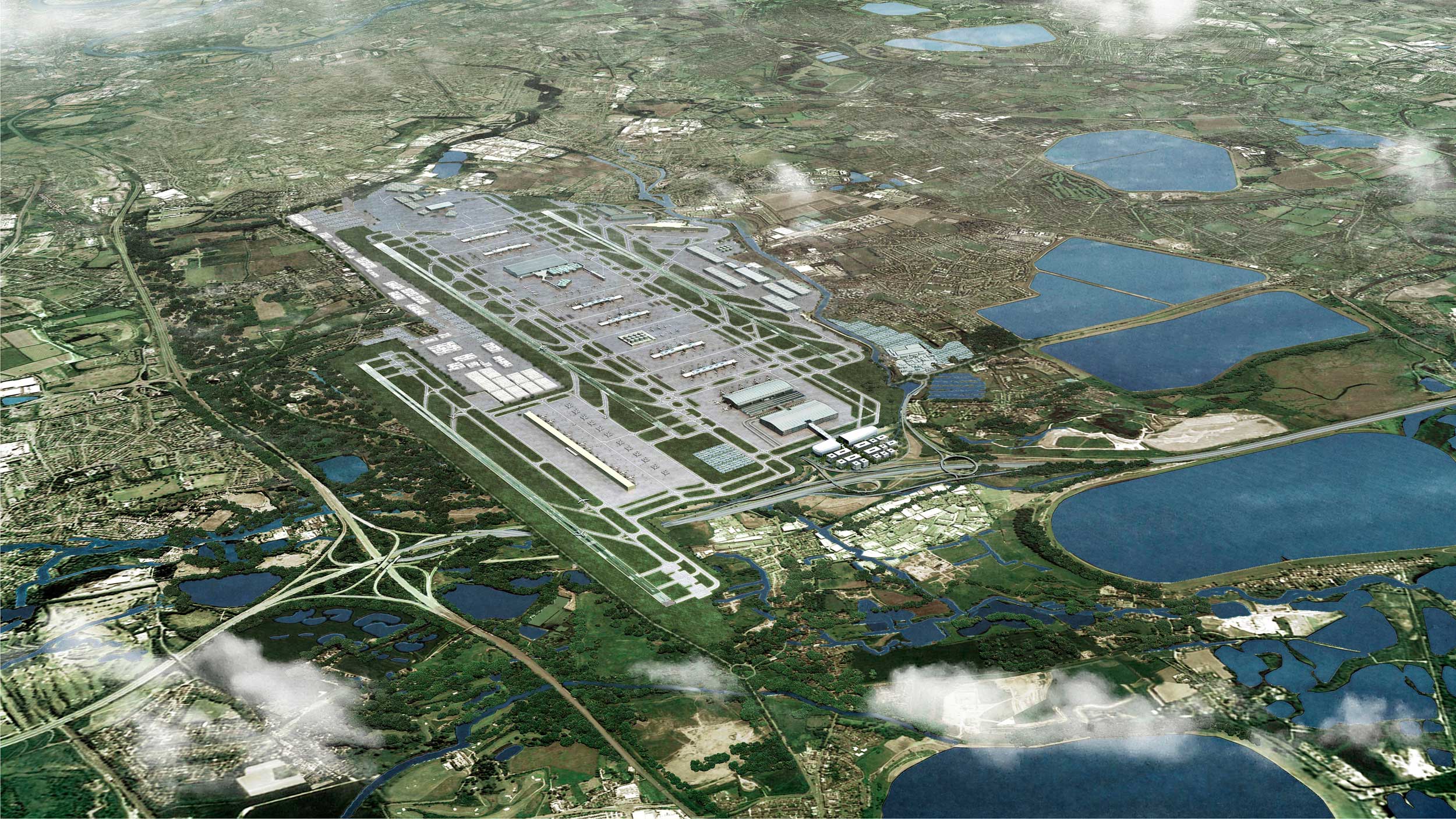 Heathrow’s planned third runway is shown on this computer-generated image nearest to the camera. It will be built over the top of the M25 motorway.

Costs could spiral out of control when London Heathrow builds its long-awaited third runway, according to the International Air Transport Association (IATA).

IATA believes the location is the right one but suggests that the government consider giving the Civil Aviation Authority (CAA) greater powers to regulate Heathrow’s passenger and airline charges, and that these charges be held flat in real terms.

“Both are jeopardized by the current plans from Heathrow’s owners,” he continued. “At the moment, we are looking at extra capacity in the right place, but at the wrong price. We need guarantees regarding how costs will be managed, especially if key risks are not known at this stage.”

IATA’s report says Heathrow airport charges are the highest in the world, and that any expansion of the airport must be accompanied by a commitment that charges will not rise from the current level.

“An unaffordable Heathrow will have a detrimental impact on the competitiveness of the UK’s only hub airport in comparison to rivals in France, Germany and Netherlands,” said Schvartzman.

Heathrow’s own estimates for the cost of the third runway are £14-17 billion – double the price of the London Olympics. Parliament’s Select Committee says these estimates are optimistic. Key issues such as bridging the M25, access and night flights are also unclear, says IATA.

The International Air Transport Association (IATA) announced its expectation for airlines to achieve a collective net profit of $33.8 billion (...

Laptop ban to be debated at IATA annual meeting

Key subjects facing the airline industry will be discussed at the next Annual General Meeting of the International Air Transport Association (IATA) be...