This article first appeared in FLYER in June 2019

Testing the avionics of the future in aircraft ranging from Cirrus to Citations, Grant Wittenborn is a senior test pilot for Garmin

How did you get into flying?
My dad, an airline pilot who also flew in the military, taught me. I got my first lesson from him when I was 12 years old and immediately enjoyed the freedom flying gave me.

Tell us about your job…
As a senior test pilot for Garmin, I’m testing and evaluating all kinds of new cockpit technology, from weather radars to displays and touch control systems.

I’m currently working on the Autopilot Development Programme, retrofitting the GFC 500 and GFC 600 into different airframes. We’ve just finished the Mooneys, Bonanzas and Barons, but there’s still a long list in the pipeline.

Apart from testing, we also carry out transportation trips, flying engineers and executives from A to B. This makes for a nice change as our flight tests always take-off and land at the same airport: New Century AirCenter in Olathe, Kansas.

My job comes with a lot of documentation, but generally I get to fly at least once a day. We install the equipment we want to evaluate and carry a flight test engineer in the back of the aircraft who runs all the data.

Parameters like speed and altitude are determined by the technology we want to test. For example, evaluating a radar altimeter, we have to fly low level over both ground and water.

We typically fly over western Kansas and northern Oklahoma; the area is pretty flat and there’s not much to see, but that’s a good thing: you don’t want to deal with difficult terrain when testing!

What I love most about my job is the variety of aircraft I get to fly. We have an experimental fleet of 20 different aircraft to choose from, from a single-engine Cessna to a twin-engine Citation Jet.

The other day, I started off in a Grand Caravan, then moved on to a TBM, afterwards flew a Caravan on floats and finished in a Cessna 185.

What also makes it exciting is the continuous innovation. There are always new developments when it comes to getting information into the cockpit and I’m getting a sneak peek of all this new technology. Attention to detail and very precise flying skills are two of the most important things in my job.

Plus, of course, team work. As test pilots, we work very closely together with software, certification and flight test engineers, all with the goal of developing equipment that’s easy to use and makes aviation safer. 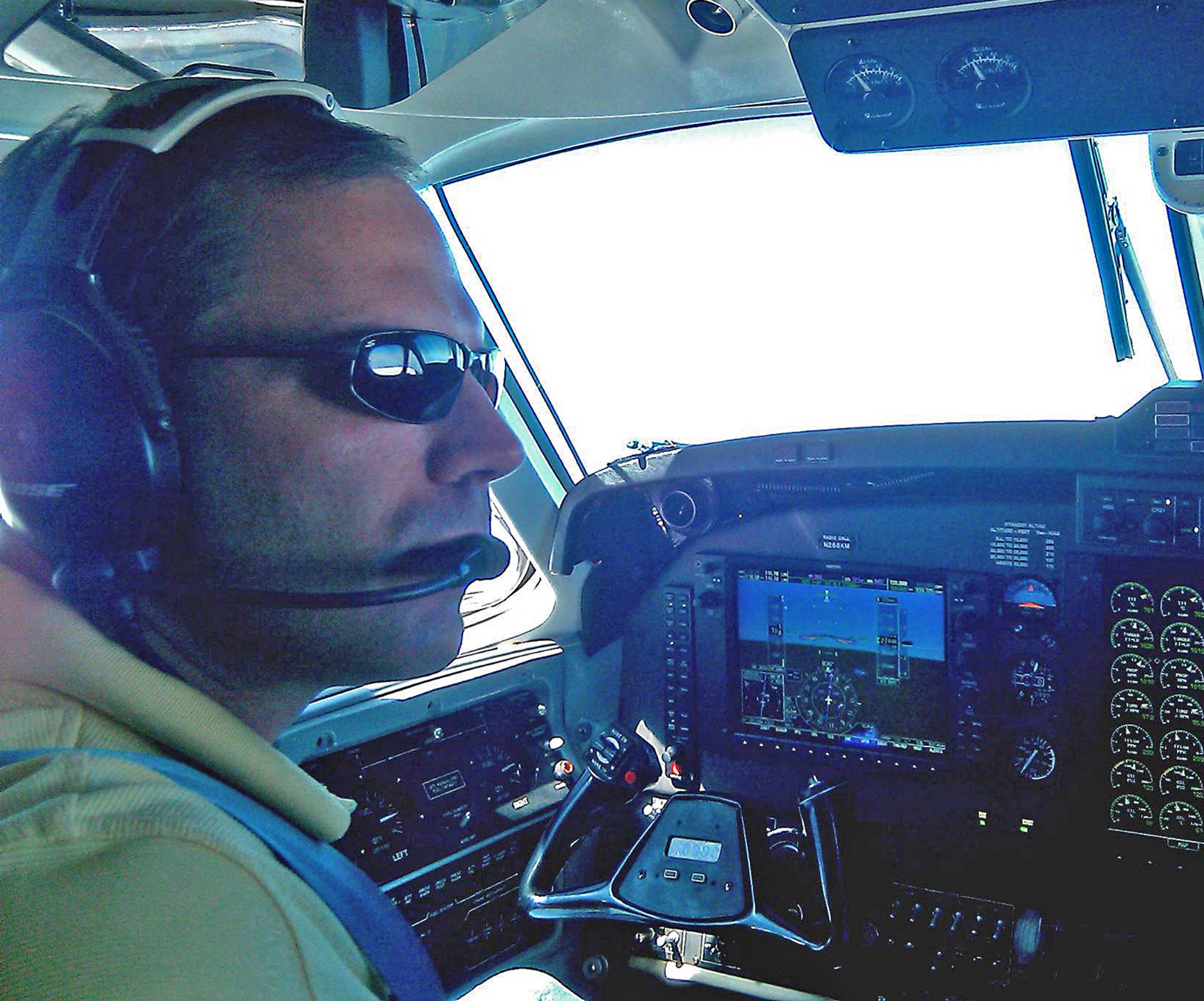 What training did you have?
I learned to fly before I went to college and afterwards obtained a degree in Aerospace Engineering at the University of Kansas.

It was a nice happy coincidence that Garmin was looking for a flight test engineer, so I joined them in August 2006.

Since I grew up near Olathe, right down the street from Garmin’s headquarters, it was a case of being in the right place, at the right time, with the right credentials. While working for them as an engineer, I naturally transitioned to test pilot in 2012.

What’s been your favourite flight?
Anytime I’m flying with my kids because of their youthful exuberance. I’ve two boys, aged 7 and 10, and it’s great to see them enjoy aviation.

And your favourite airfield?
New Century AirCenter in Olathe. I’ve been working there in one form or another for the last 25 years and my office window now overlooks the ramp area. However, some of the local grass strip airports are really fun to hang out at as well.

Do you get to fly much outside work?
I regularly go on weekend excursions with my family in our Cessna 185. I also fly a lot together with my dad.

We have a Pitts Special in which we do aerobatics, it’s kind of therapeutic. We haven’t competed in a long time. A Pitts is like having a Ferrari: loads of fun but you don’t really get a lot of use out of it. Hence, the Cessna 185 for utility!

What’s the most valuable career advice you’ve had?
My dad encouraged me to get an engineering degree instead of a degree in aviation. He said doing it the hard way would be more gratifying.

Also, with an aerospace engineering degree, you have something to fall back on – if for some reason you can’t fly any more, you can still have a career.