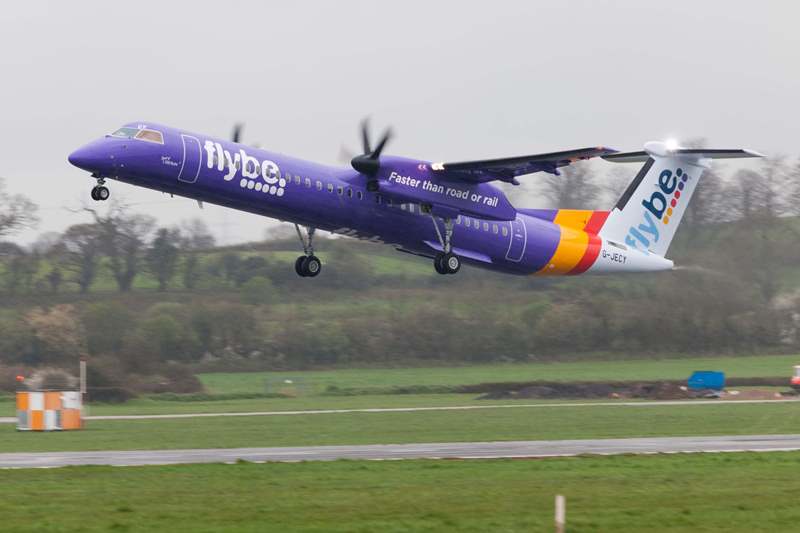 Following a series of recruitment roadshows across the UK and Ireland conducted on behalf of Flybe, Europe’s largest regional airline, CTC Aviation has reported significant progress in meeting the airline’s First Officer requirements for 2016.

Opportunities for direct entry Captains are currently available at Aberdeen, Edinburgh, Glasgow, Belfast, Manchester and Birmingham bases on a competitive regional contract. As well as a competitive remuneration and benefits package, the airline is offering a Training Fees Agreement to cover the cost of the Dash 8 Q400 Type Rating.

Flybe currently operates 214 routes serving 10 countries from a total of 74 departure points, 36 UK and 38 European, operating more UK domestic flights than any other airline carrying a mix of business and leisure passengers.

With 20 incremental aircraft on order and a vision to become recognised as Europe’s Best Local Airline by 2017, Flybe partnered with airline pilot training and resourcing organisation CTC Aviation in February 2016 to launch a major pilot recruitment drive.

Colin Rydon, Director Flight Operations for Flybe commented, “Flybe specialises in connecting the UK regions on limited demand routes which mainstream airlines, due to their larger aircraft, are unable to operate profitably. Having added more European flights and added extra frequency to our schedules, our ambition is to connect Europe on the same scale. As we grow, it is imperative we concentrate on continuing to be the regional airline on the customer’s doorstep, providing the necessary and punctual services that our customers need.”

Applications are open for Flybe direct entry Captains via ctcaviation.com/airlinejobs.

For those looking for more information or for an opportunity to meet the recruitment teams, CTC Aviation is holding a free Direct Entry Pilot Careers Event featuring a presentation from Flybe at its Crew Training Centre – Southampton on Saturday 25 June 2016. Discover more details and free registration at ctcaviation.com/events.