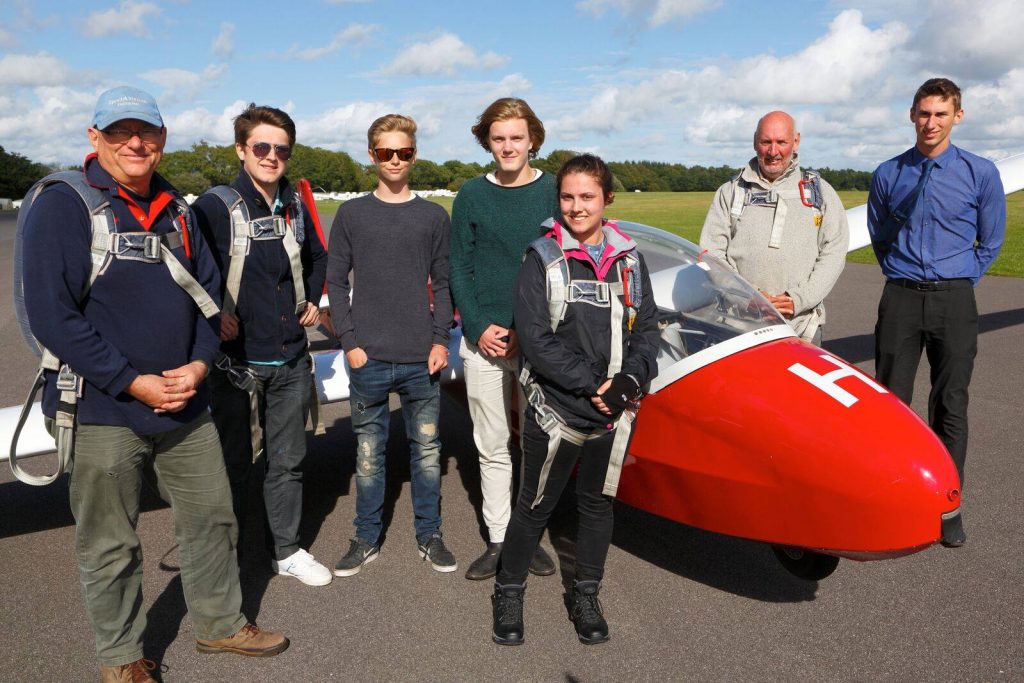 A partnership has been launched between CTC Aviation, The Air League, the British Gliding Association and Lasham Gliding club, to help aspiring young pilots into a career in aviation. The joint initiative, called iFly, will use the sport of gliding to not only help young people into the air sooner, but also to give their CV a real boost when it comes to applying for a pilot training programme in the future.

Many young pilots want to fly for their own pleasure before they embark upon an airline pilot career programme, but often find it difficult to fund their passion. The iFly programme will enable successful applicants to gain valuable experience in terms of flying and theory designed to help them in their future airline pilot career endeavours.

iFly is enabling ten exceptional candidates aged between 16 and 18, determined to pursue their dream airline pilot career, to gain valuable flying and theory experience which – in turn – will equip them for a future career as an airline pilot. The Air League will sponsor up to 10 £200 bursaries to get successful applicants started on a gliding programme that will include a number of seminars and career events across the year.

The official launch follows the success of the iFly pre-launch competition last August which saw four exceptional aspiring pilots fight off strong competition to win an exclusive place on a fully-sponsored, week-long gliding course at Lasham Gliding club, learning how to glide in a fleet of modern two-seat training aircraft with experienced instructors. Rebecca Stevens, Thomas Wade, Harry Humphries and James Duggan will also be the first iFly crew to benefit from the full programme.

Andy Perkins of the Air League who has led the initiative with CTC Aviation and Lasham says, “Gliding is a comparatively cheap and green sport that is building for the future. It is a great way to engage young aviators at an earlier age but it also helps to enhance your flying ability. iFly is designed to equip aspiring pilots with not only flying, but the teamwork and other interpersonal skills that are vital for a career in the airlines. The iFly programme provides a fantastic opportunity to get airborne, as well as to benefit from a range of exciting initiatives that the iFly partners – CTC Aviation, Lasham Gliding Club and the British Gliding Association – are all supporting.”

Applications are now open and will close on 31 April 2016. Full details of the programme, including entry criteria can be found at ifly-gb.com. Discover more and apply at ifly-gb.com

Building on the success of its 2015 scholarships, the British Women Pilots' Association has announced its 2016 Scholarships for female aspiring pilots

Helicentre Aviation Academy has launched two additional helicopter training scholarships worth £83,000, which will be awarded in 2016.