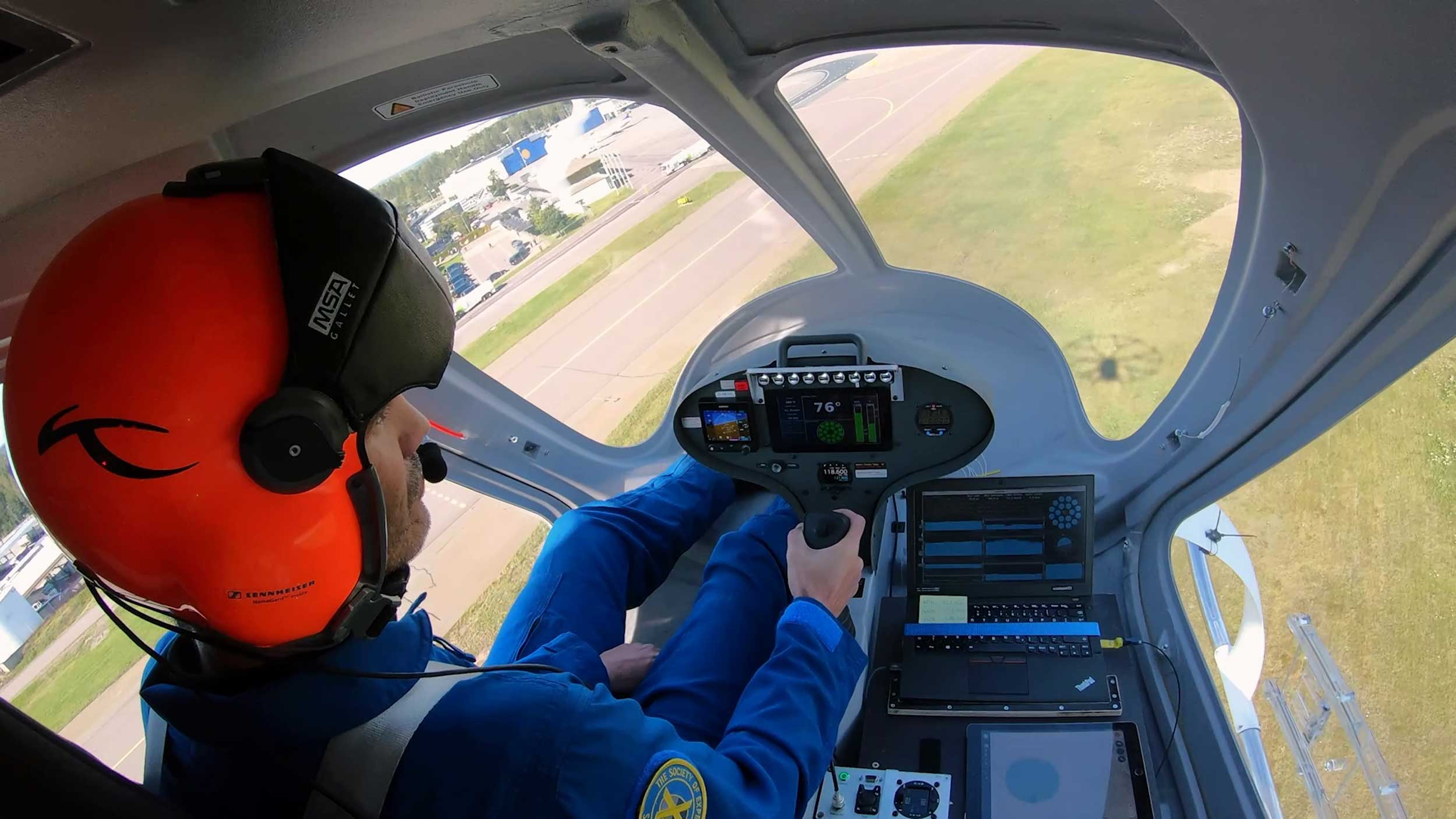 Pilot training company CAE is to work with Volocopter, one of the world’s leading developers of Urban Air Mobility (UAM) aircraft, to create a training programme for future pilots of electric Vertical TakeOff and Landing (eVTOL) vehicles.

CAE will also develop a flight simulator for pilot training and use technologies such as Artificial Intelligence (AI), Virtual Reality (VR), Mixed Reality (MR), as well as data analytics, to help build the UAM ecosystem.

UAM is an emerging part of the aviation industry focused on aerial connectivity in and around cities. Volocopter’s family of electric aircraft are designed to move both people and goods.

Volocopter’s first commercial eVTOL aircraft, the VoloCity, is going through certification with the European Union Aviation Safety Agency (EASA). The German company hopes to start flight services in time for the 2024 Olympics in Paris.

Volocopter plans to launch its services in a number of cities worldwide within the next five years, working with companies such as Daimler, Aeroports de Paris, Microsoft Azure and now CAE.

As part of the agreement with CAE, Volocopter will buy a simulator from CAE to be used in its pilot training programme certification. CAE will create new, student-centric courseware specially designed for eVTOL pilots.

Volocopter is building a scalable urban air mobility business to offer air taxi services in megacities. This is the VoloCity, a fully electric ‘eVTOL’ aircraft currently undergoing certification with EASA. It has also built a cargo eVTOL called the VoloDrone.

CAE believes there will be a need for an estimated 60,000 pilots during the first decade of UAM operations. It has also identified specific challenges eVTOL pilots will face, such as operating in city centres. CAE has published a white paper on the subject which can be downloaded here.

Florian Reuter, CEO of Volocopter, said, “As we scale our UAM services in cities around the world, specific pilot training and qualification for our Volocopters will be an important element.

“We are proud to be partnering with CAE, who have a track record in developing best-in-class, innovative pilot training solutions for new aircraft programs. It will greatly benefit Volocopter’s entry-into-service timeline and scale.”

Nick Leontidis of CAE added, “We are committed to supporting Volocopter’s inspiring vision and we look forward to leading in the design of UAM pilot training that prioritises safety of operations through our data-driven solutions, world-class pilot training experience, and longstanding relationships with civil aviation authorities across the globe.”