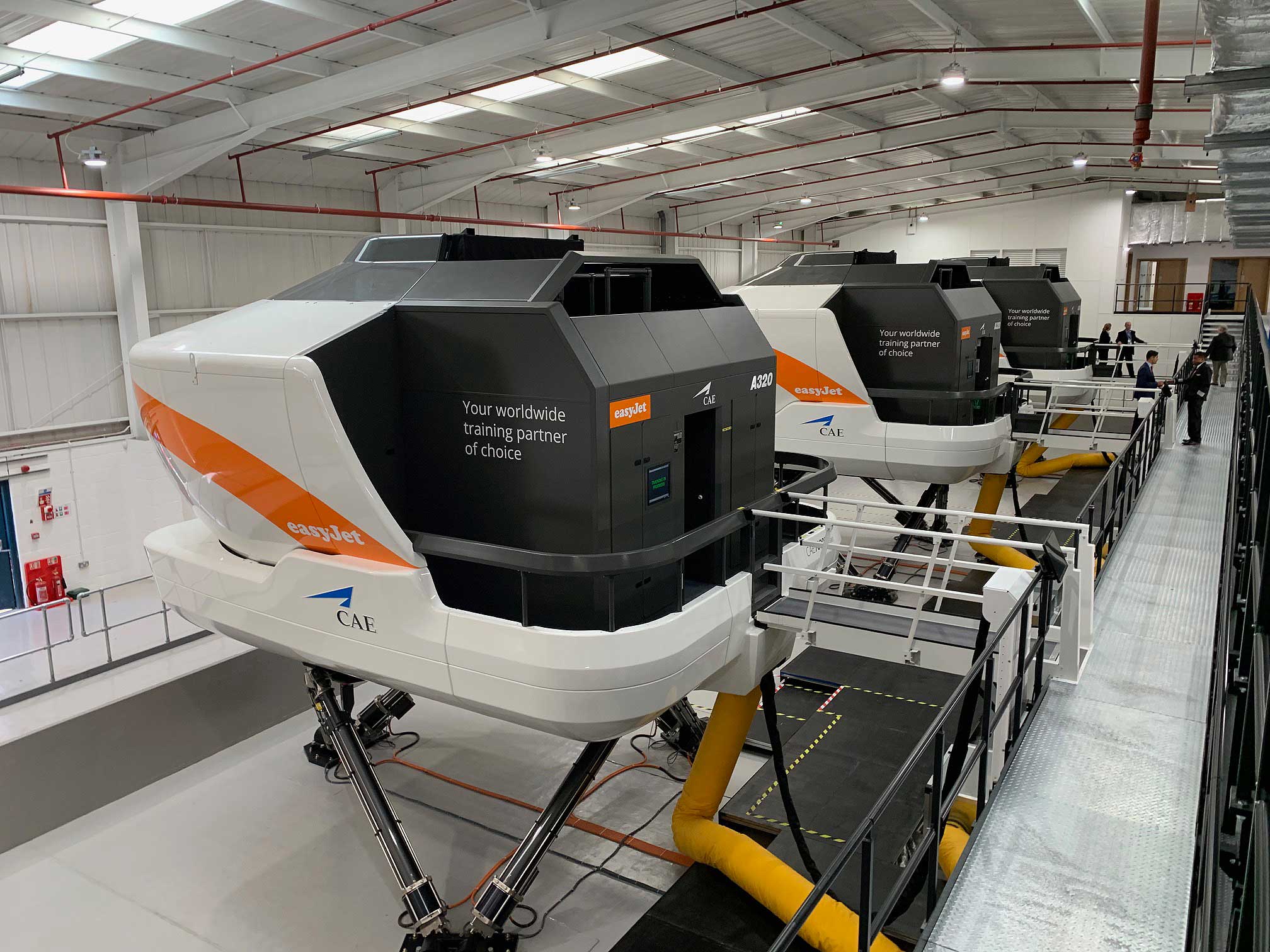 The centres will support the start of CAE’s 10-year pilot training agreement with easyJet as well as training needs of other airlines across Europe.

CAE will be training more than 13,000 pilots a year at Gatwick  – the sims work 20 hours a day, with each session lasting four hours. CAE will also be introducing Upset recovery Training (UPRT) with the full flight sims. The company’s worldwide network will train 135,000 pilots a year. 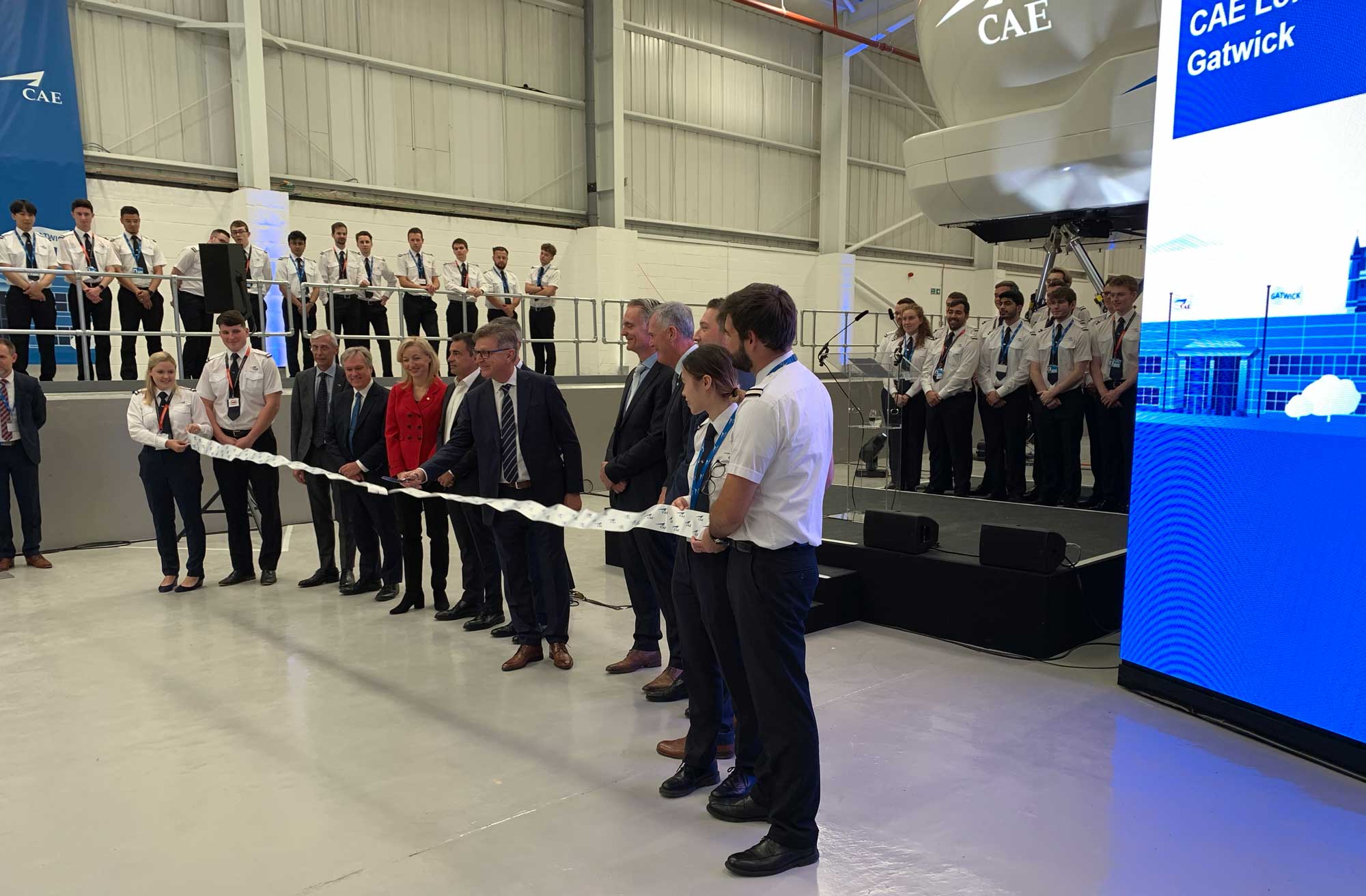 The opening at Gatwick with Marc Parent, CEO of CAE, cutting the ceremonial ribbon

Marc Parent said, “These new training centres and our expansion in Europe underscore the important role that CAE plays in helping the industry build and grow a strong pipeline of professional pilots.

“The start of training at the new CAE London Gatwick and CAE Manchester centres is an important milestone marking the growth of CAE’s global network to 59 civil aviation training centres and flight academies.

“Through the long-term agreement with easyJet, and training partnerships with Virgin Atlantic, BA CityFlyer, Norwegian, TUI UK, LOT Polish Airlines and SAS Ireland to name but a few, CAE continues to be further recognised as the training partner of choice for airlines in Europe and around the world.”

The new CAE Milan training centre will open on 10 October to train local pilot and cabin crew for easyJet. The centre currently operates three new CAE 7000XR A320 FFSs  which will be soon joined by CAE’s latest 600XR A320 flight training device (FTD).