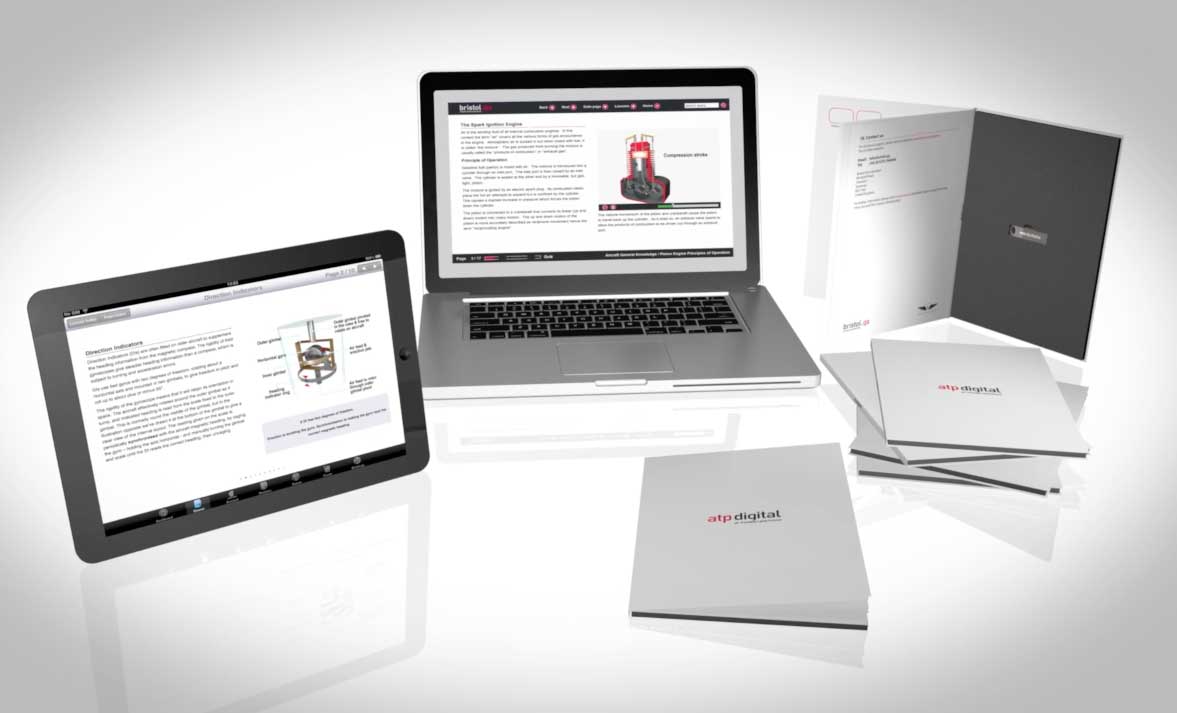 Bristol Groundschool ATPL theory courses are available in various formats but the exams will be taken on iPads.

What do you do if you’re halfway through the professional pilot theory exams next March and the UK exits the EU without a Brexit deal – the so-called No Deal scenario? You could be left with having to re-take the exams you’ve already sat.

“The EASA regulations allow pilots to complete their professional exams with any EASA member State – even if they want their licence issued by another State,” said Wren.

“However, all 14 professional exams must be taken with the same State.  As it is usual to split the exams into two or three separate sittings, there is a danger that candidates will complete some exams with the UK CAA, currently an EASA exam authority, but EASA have announced that they will not recognise those exams if the UK cease to be an EASA Member state.

“This could be disastrous for our customers undertaking their professional studies. Fortunately, we have a great solution to this problem.”

Bristol Groundschool has reached an agreement with Austro Control, the equivalent of the UK CAA in Austria, to open an exam centre at the Bristol Groundschool Training Centre at Clevedon, near Bristol in the UK.  The first exams are scheduled to take place next month.

The exams taken with Austro Control will be recognised by all EASA regulatory authorities for issue of an EASA professional pilot licence.

In the event that the UK leaves EASA and starts issuing its own professional pilot licence, the UK CAA has already announced that it will recognise EASA examinations.  This means that this solution protects the candidate whatever the outcome of the Brexit negotiations.

The other great news is the cost of each exam taken with Austro Control is only €39.60 compared to £71 for a UK CAA examination. If the UK remain an EASA member state there is no downside to individuals switching to take their exams with Austro Control and obviously a significant cost saving.

Alex Whittingham of Bristol Groundschool said, “I am delighted we are able to offer a solution to individuals taking EASA exams in this time of uncertainty while also saving nearly 50% of the cost of their exams.

“Austro Control have been great to work with and focussed on the needs of the candidates.

“This solution removes uncertainty and will allow our students to concentrate on their studies, safe in the knowledge that they will be able to apply for a licence whatever happens in the Brexit negotiations.

“The exam questions are the same as the ones the UK CAA use and, from the same question bank, with the results issued directly after each exam. The exams will be taken on iPads.”

The first scheduled dates for exams at Bristol Groundschool are 20-23 November and 3-6 December, with further dates being confirmed within the next two weeks.

Candidates who have already booked their exams with the UK CAA may cancel their booking and get a full refund if it is at least 7 days before the exams are due to take place.