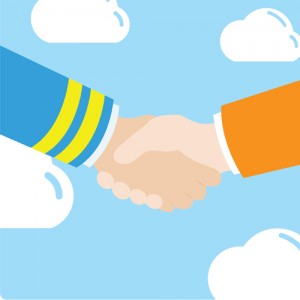 The British Airline Pilots Association (BALPA) has announced that the BALPA company council has concluded a New Entrant Contract that according to the Association, delivers improvements to those entering the pilot profession with easyJet.

According to BALPA, trainees will now have their time under contract with an agency capped at 12 months as a probationary period after which they will become an easyJet employed second officer on £38,000 per year.

Future ab-intio pilots will be subject to a pre-selection process for entry into an easyJet career. New loan arrangements are under development (involving continuing consultation with BALPA) which will help make the overall process more affordable. These measures include the underwriting of loans by easyJet, thus reducing the burden on cadets and enabling better negotiation of interest rates, payments holidays and the ability to pay over varying lengths of time.

A statement from BALPA explains: ‘The new contract will bring the vast majority of the pilots into the easyJet/BALPA recognition agreement. This means that rather than their conditions being dealt with individually via the likes of CTC and Parc, the pilots will enjoy collective representation which will give them a voice and allow their conditions to be centrally negotiated.’