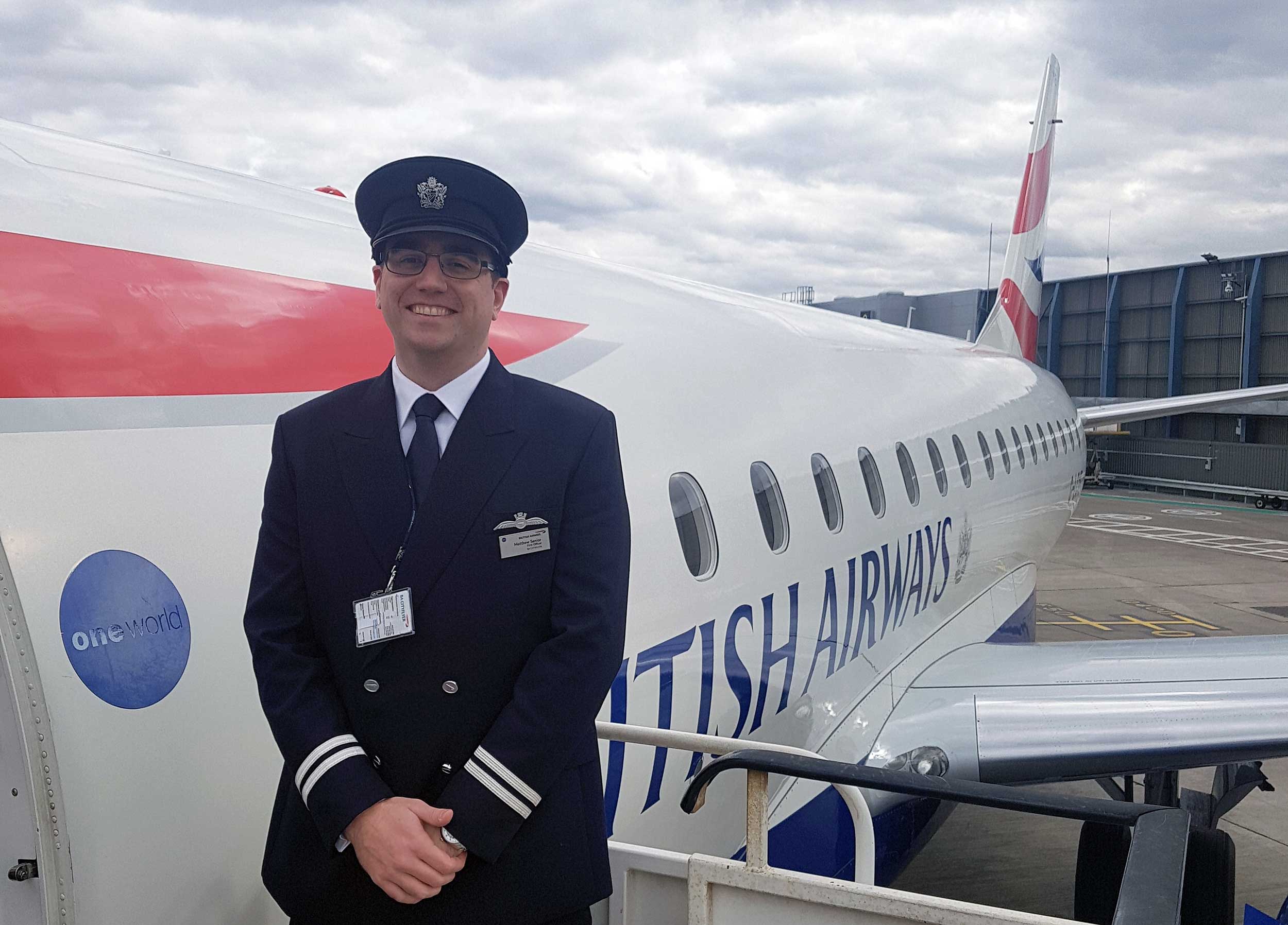 Matthew Senior was the first candidate to embark on the Kura programme and is now a BA CityFlyer First Officer flying Embraer airliners from London City Airport.

Applications to the 2018 BA CityFlyer First Officer Placement Programme will open from 9 July 2018 until 19 July 2018.

Applicants must hold an EASA CPL/MEIR and have completed all of their training via the modular route.

The successful candidate will join BA CityFlyer in the salaried role of Fleet Technical Executive within the Flight Operations team.

After a period of one year, the candidate will progress to the role of Navigation, Weights and Performance Officer for a further year. At the end of this, the candidate will complete Kura’s BestPilot programme and going on to Type and Line training on the Embraer 170/190 fleet, all paid for by BA CityFlyer.

“We are delighted to continue for now a third year with the First Officer Placement Programme in partnership with Kura,” said Steve Cook, head of flight operations, BA CityFlyer.

“The preparation for an airline position that the programme delivers was demonstrated to myself as I recently had the opportunity to operate a flight with the first pilot to go through this programme and it was great to see him fulfilling his dream.”

Kura Aviation and BA CityFlyer will be at Pilot Careers Live North on 7 July to unveil the new programme. Click here for more details and tickets.

The programme initially launched in 2015 and has successfully recruited three candidates to date. Matthew Senior, the first candidate to embark on the programme, is now a BA CityFlyer First Officer flying the Embraer 170/190 from London City Airport.

“The placement programme offers so much more than a pilot job; it is an opportunity to become an integral part of the airline too,” said Mattthew Senior.

“The training and progression offered by the programme, along with the Kura BestPilot training programme, more than prepared me for my current role as a First Officer.”

Simtech Aviation of Dublin is to deliver a 40-hour Airline Jet Transition for pilots on the BestPilot training programme run by Kura Aviation of Strat...