Airways Aviation has announced a new global scholarship programme to be launched in Paris on the first stop of the company’s inaugural recruitment roadshow.

The scholarship programme will be rolled out over the next six months, visiting additional European and international locations where the impact of the global pilot shortage is particularly acute. Current plans include visits to the UK and Australia as well as other cities across the Middle and Far East.

The global programme will begin in Europe when aspiring pilots are invited to attend a special recruitment event in either Paris, Milan, Geneva, Prague or Nicosia in Cyprus. Attendees will learn more about what it takes to become an airline pilot, as well being in with the chance of winning a scholarship that will see their pilot training part-funded by the aviation training specialists. 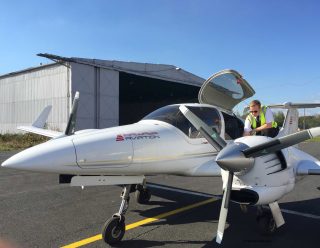 Airways Aviation is launching its pilot scholarships with a global roadshow.

In total, six scholarships of €40,000 will be available, one for each of the cities visited on the roadshow, with a chance to win a further scholarship following the next Airways Aviation open day in Oxford on 18 March.

Ian Cooper, Airways Aviation CEO, said, “The world is in need of airline pilots and we are committed to providing outstanding training that ensures our graduates leave fully equipped to manage the demands of operating an airliner. We are constantly reviewing our recruitment process to seek out new sources of talent and our European roadshow will raise awareness of the opportunities available to those who are looking for a career in aviation.

“We are inviting prospective airline pilots to attend one of our recruitments days to discover more about our training programmes and how we tailor them to the individual student, as well as apply to win a scholarship onto our airline pilot training course.

“These scholarships form part of Airways Aviation’s commitment to creating equal opportunities and reducing barriers to entering the pilot profession. We will extend this programme beyond the initial locations to offer financial scholarships to potential aviators in a bid to encourage both domestic and international students to pursue their career goals to the highest level.” 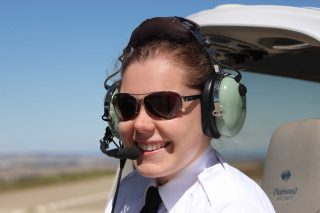 At each of the roadshow events, would-be airline pilots will be able to take an aptitude assessment, using the industry-standard COMPASS test, for which they will need to pay a €50 administration fee. Once the test results are produced, only the top-scoring candidates will be invited to apply for the scholarship programme.

The application process will be rigorous, involving a strict English test and a panel interview in Oxford, United Kingdom. Successful applicants will commence training on Airways Aviation’s EASA Integrated course in the UK and Spain in the second half of 2017.