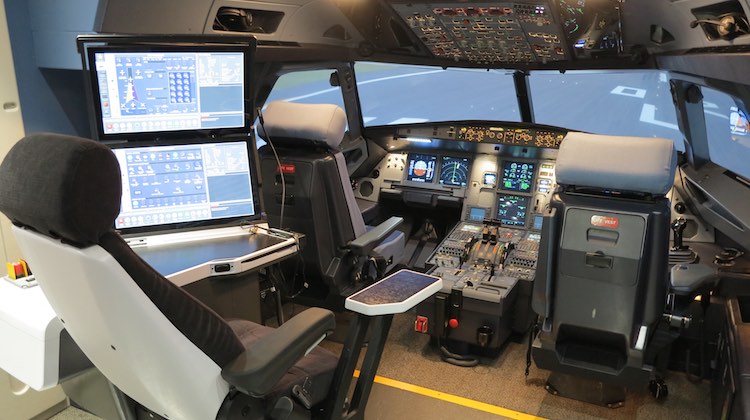 “We [forecast] that the region will need 14,000 aircraft over the next 20 years, so you can see the potential at least as far as pilot training is concerned,” Bregier explained at the opening ceremony.

“One day, perhaps, we will have pilotless aircraft, but I can tell you for the next 20 years we will have full use of this joint-venture!”

“This aligns with (one of the) strategies that we have adopted to actually go beyond the core business and to look at setting up business opportunities in adjacent areas,” Goh explained.

The facility becomes the fourth Airbus pilot training centre worldwide, after Toulouse, Miami and Beijing, and will become the airframer’s largest as the additional simulators are brought online.

As well as full flight simulators the centre will be equipped with six fixed-based training devices (APTs, or Airbus Pilot Transition) by 2019. It offers type rating, refresher, command course and instructor training.