+VIDEO Airbus has flown its AlbatrossONE demonstrator with wing-tips that are 75% longer than before to prove that freely flapping wing-tips can alleviate wing loads and avoid tip stall for improved aircraft performance.

Q: The AlbatrossONE project is inspired by the albatross seabird. How did this unique seabird inspire Airbus engineers?

James: “Also, as a neat coincidence, the semi-aeroelastic hinged wing-tips’ long span could have an aspect ratio (ie the wing span to its width or chord) of around 18 (versus 9 or 10 for today’s aircraft). This is exactly the same ratio as that of the largest albatrosses. Wing span and aspect ratio are important for reducing aerodynamic drag.” 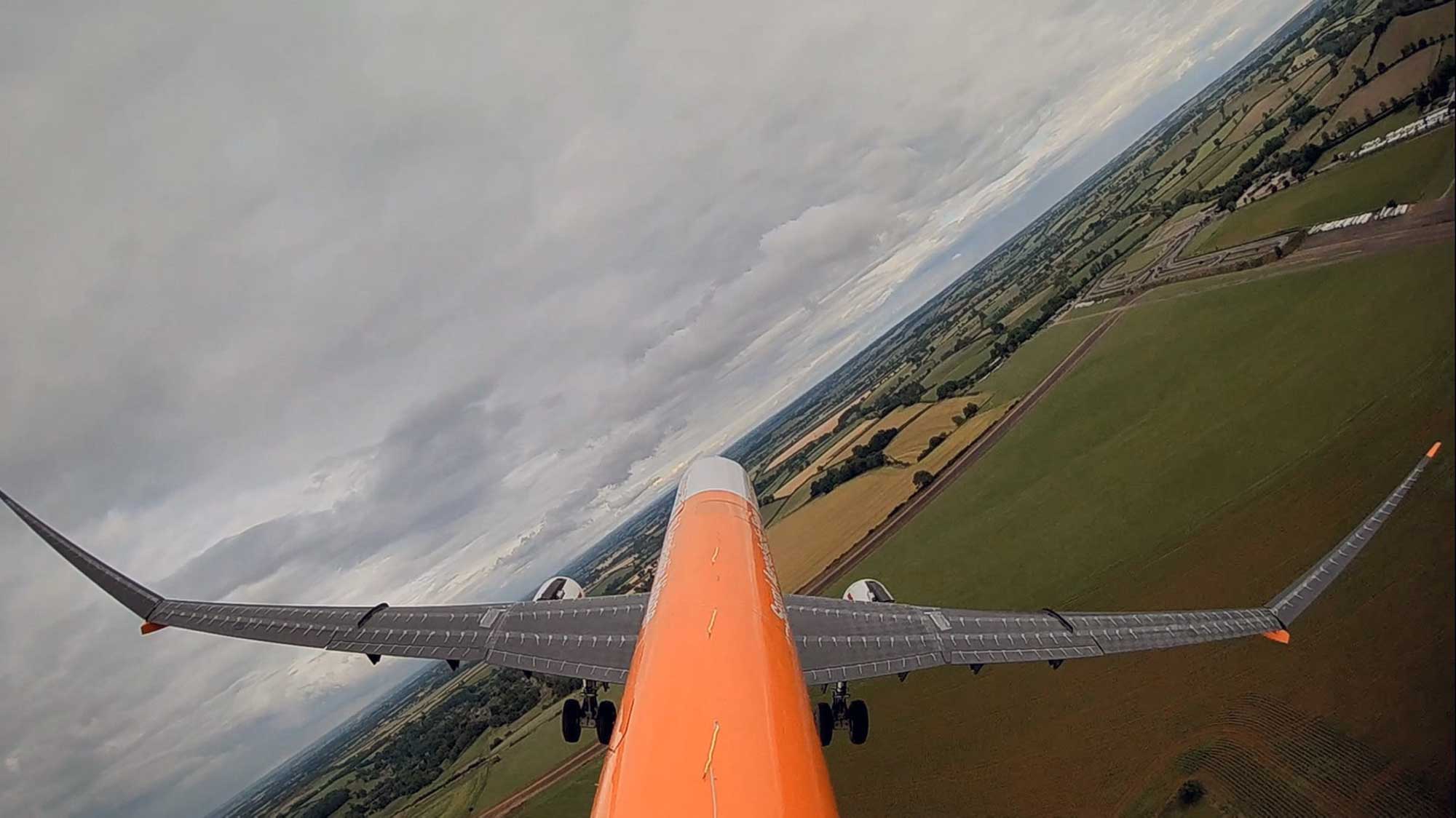 James: “Semi-aeroelastic hinged wing-tips enable an aircraft to ‘surf’ through wind gusts without transferring the bending loads to the main wing. This means we require less material, such as carbon-fibre-reinforced polymers, to make the wing strong enough to withstand the gust loads, thus reducing the weight of the aircraft.

“Also, the length of the wing-tip can be extended without adding weight to the wing because the extra loads from the longer wing-tip are not passed to the main wing.”

Q. How does this impact aircraft performance?

Tom: “Semi-aeroelastic hinged wing-tips are remarkable because they would enable a step change in aircraft performance: a major increase in wing span with minimal impact on wing weight would reduce drag, leading to significant reductions in fuel burn and CO2 emissions.

“Lift-induced drag accounts for about 40% of a large aircraft’s drag. But this figure falls as the wing span increases. The semi-aeroelastic hinged wing-tips’ span could potentially be increased beyond 50 metres without increasing wing weight.”

Q. Will the semi-aeroelastic hinged wing-tip concept be applied to future aircraft? And if so, when?

Tom: “Now that proof-of-concept has been achieved at small scale, we’ll increase our efforts to mature the technology at a larger scale.”

James: “There’s still a lot of engineering work required before we can prove it’s a viable product. But the project team is motivated to achieve this goal and to inspire other engineers to think ambitiously about future aircraft!”