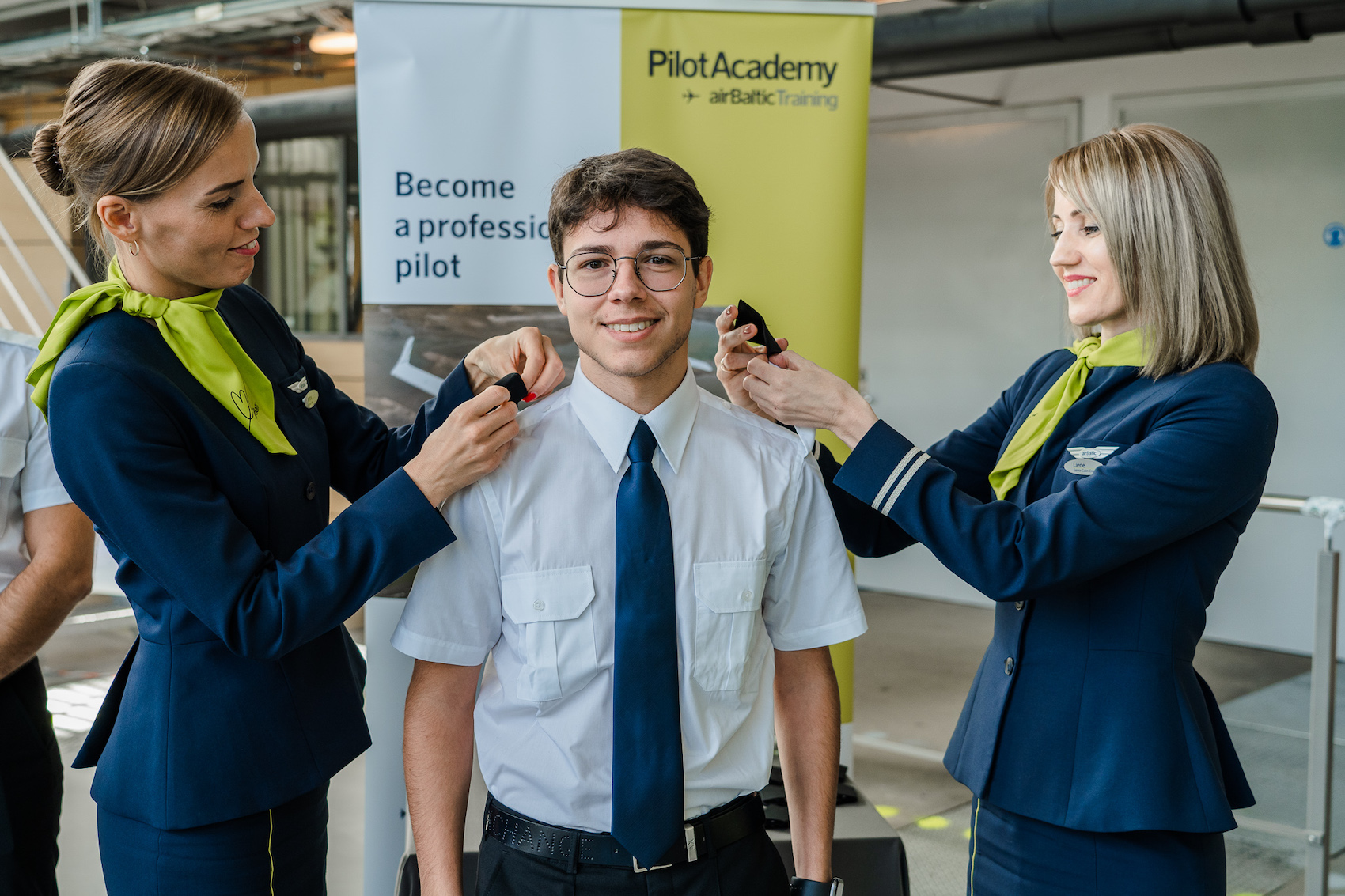 airBaltic’s Pilot Academy has celebrated the graduation of eight students who have completed a full-time airline transport pilot programme.

Martin Gauss, Chief Executive Officer of airBaltic: “This is the largest group of new students we have seen so far at the airBaltic Pilot Academy. It marks a significant milestone for the program, which has so far prepared a total of 65 commercial pilots. We also congratulate the determined students of the 14th group who started their studies today.”

Starting earlier in 2022, incoming students of the airBaltic Pilot Academy pay for their own training until the point of the Private Pilot Licence level, at a cost of approximately 15,000 EUR. At this stage they then undergo a pilot assessment with airBaltic, and if successful, the airline will fund the rest of their students.

The airBaltic Pilot Academy has a student base of over 70 active students. Most come from the Baltic countries, however other EU countries are represented including Germany, France, Finland, Spain and Italy, with just under ten percent being female.

airBaltic is a Latvian airline connecting the Baltic region with over 70 destinations in Europe and the Middle East. Discover more about the airBaltic Pilot Academy here.

airBaltic Training, a subsidiary of the Latvian airline airBaltic, is so pleased with its newly-delivered six Diamond DA40 NG single-engine air...

The world’s first Bombardier C Series virtual simulator (VSIM) has been installed at the airBaltic Training Centre in Riga (above). “The new virtu...