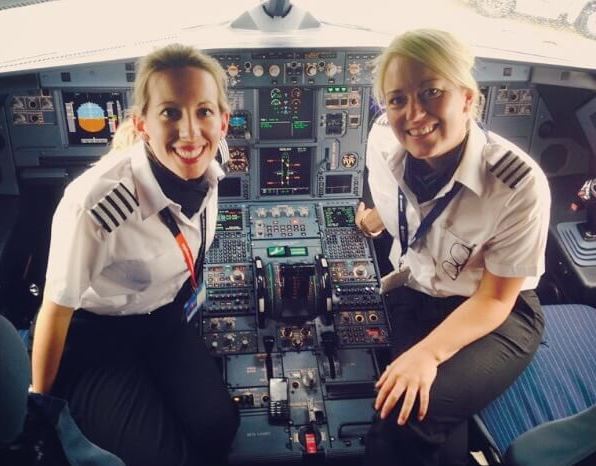 easyJet has revealed more details of its initiative to underwrite a training loan of up to £100,000 for six female pilot candidates. CTC Aviation will select and train the exceptional candidates to join easyJet through their CTC WINGS MPL in partnership with easyJet.

In partnership with the British Women Pilots Association, easyJet will underwrite the training loan as part of their ‘Amy Johnson Flying Initiative’. This forms part of a longer term strategy by the airline to encourage female pilots into all ranks and positions by widening the pipeline of women who enter easyJet’s pilot community.

The initiative is not limited to new-entrant pilots; easyJet has confirmed that they will also underwrite type-rating loans for those women entering the role from other airlines. Support continues for all pilots as they progress through their flying career, but mentoring programmes will be enhanced for female pilots currently with the airline and there will be a greater focus on the development of leadership skills. This is designed to create a clear pathway for female Captains to progress to leadership roles in training and base management.

Brian Tyrrell, easyJet’s Head of Flight Operations, said, “At easyJet we are committed to encouraging more women to consider a career as a pilot and the easyJet Amy Johnson Flying Initiative is one important way of enabling some women, who may not have been able to consider it before, to undertake training and start what is a very rewarding career for life.”

Currently women make up six per cent of easyJet’s new pilot intake and the airline plans to double this to 12% over the next two years. CTC Aviation will support this initiative through their existing and ever evolving engagement activities. A team of airline pilot careers advisers from CTC Aviation visits schools, colleges and universities throughout the year to encourage both young women and men to consider a career in aviation. Now, they will be joined by dedicated easyJet pilots to inspire, educate and recruit future generations. Together, the two organisations are committed to demonstrating that there are no barriers to entry to the profession for those who possess the talent to become an airline pilot.