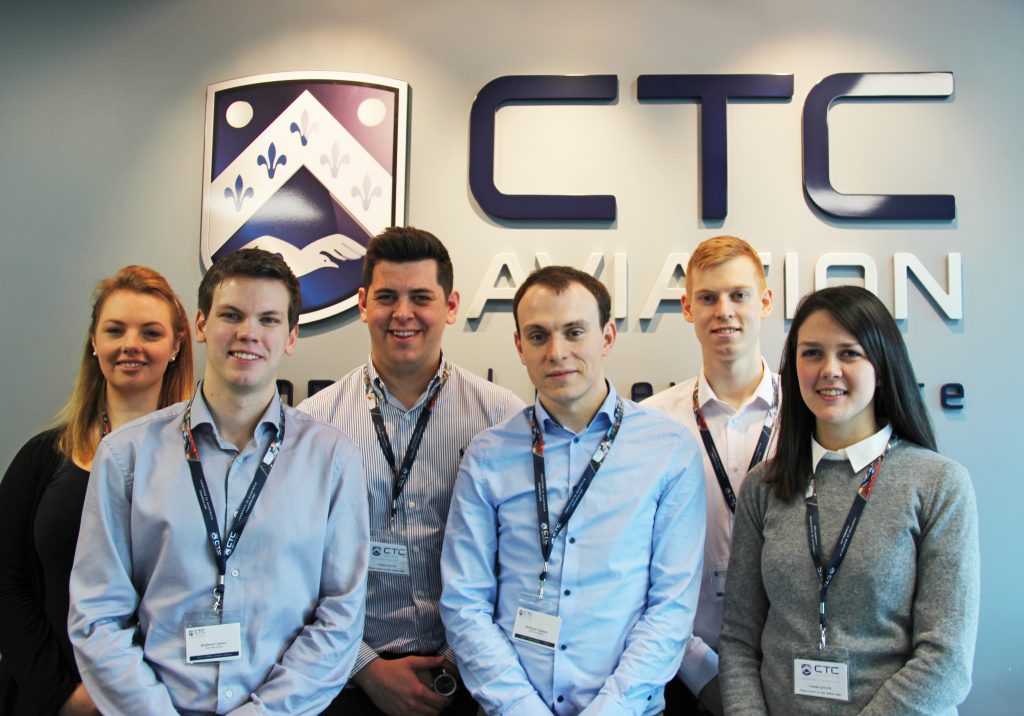 CTC Aviation has placed ten graduates with Monarch Airlines since September 2015, adding to the 160 pilots that have previously joined the airline after training with the ATO. Of significance is the fact that half of the pilots placed to date are women.

The newly qualified pilots are graduates from the company’s CTC Wings airline pilot career programme. First Officer Rebecca Cross completed her CTC Wings Integrated ATPL airline pilot career programme in July 2015 and was placed by CTC Aviation with Monarch Airlines within two months.  Having completed her Airbus A320 type rating training with CTC Aviation in December 2015, Rebecca is now based in Manchester, flying the line across Monarch’s network.

Rebecca commented, “When the Monarch Airlines opportunity became available I knew that I wanted to be a part of their team. My training with CTC Aviation included a series of airline preparation days and these really helped me to focus my time and energy on the right areas for my interview. We all have similar qualifications and flying skills, so it is important to let your non-technical skills and previous experience shine through. I can’t wait to start flying with Monarch Airlines; they truly are a great company to work for – you’re definitely not just a number.”

A further six graduates began their Airbus A320 type rating training with CTC Aviation at their Crew Training Centre – Southampton on 19 January 2016 and will be ready for operational flying on the airline’s Airbus A320 fleet by March 2016.

Stephen Pollard Position Cadet pilot at CTC Aviation Age 30 From Bromley, Kent First, where did you work as cabin crew? Six years with Aer Lingus and...