Dominie Heald is an integrated CPL MEIR graduate pilot. She has just successfully completed selection for employment as a cargo pilot.

“I have never been able to adequately explain my love of flying, except that to those who have had that feeling of euphoria when the wind is under your wings – if you know you know! And if you’ve never had that feeling, my advice is to take a trial flight. I’m greatly inspired by women who were true pioneers in the early days of aviation, when it was very much a mixed-gender sport, such as Beryl Markham (an adventurous pilot in Kenya) and Jean Batten (an extremely talented pilot with many incredible flying achievements). 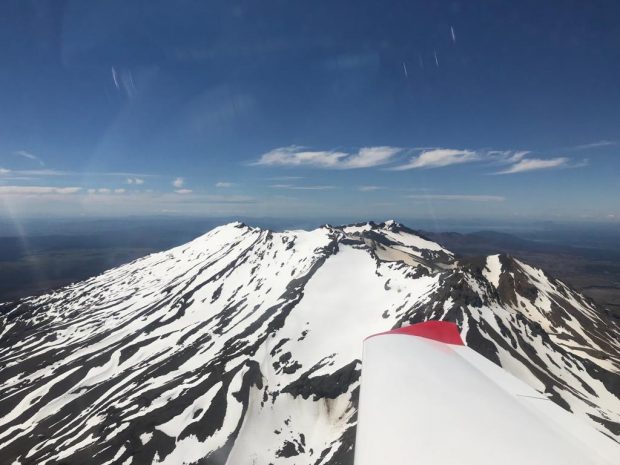 Like many others’, my pilot journey has been far from straightforward. Despite being obsessed with aviation from a young age, having not come from an ‘aviation family’ the routes to the flight deck seemed confusing and prohibitively expensive to me as a young student. After leaving university I spent several years working as cabin crew for a large airline, which further cemented my love for aviation and gave me a much better idea of how to achieve my goal of becoming a pilot, as well as the chance to build up my savings in order to fund my training.

After years of saving my pennies, I finally found myself back in the classroom at age 30, starting ground school – and trying to remember how to study, as it was nearly a decade since I had last been a full time student! Many flash cards and highlighters later, I was finally learning to fly a plane – and I was terrified. What if I couldn’t do it? What if the instructors did one flight with me and decided I wasn’t fit to be a pilot? What if I didn’t have ‘what it takes’, as they say? The biggest obstacle to me in training was my own confidence – or lack thereof. Overcoming this was a huge hurdle and took me many hours of flight training to feel competent – and even now I struggle with feelings of inadequacy.

It didn’t help that as one of the few women at the training academy I felt very visible and exposed – my mistakes were never anonymous, and that extra layer of pressure to be perfect was an added stress factor, a feeling I’m sure most female pilots can relate to. I eventually figured out that the only thing that’s essential to success is being determined (or stubborn) enough to move past my humiliating mistakes and keep learning and improving, no matter how hard the process sometimes is. 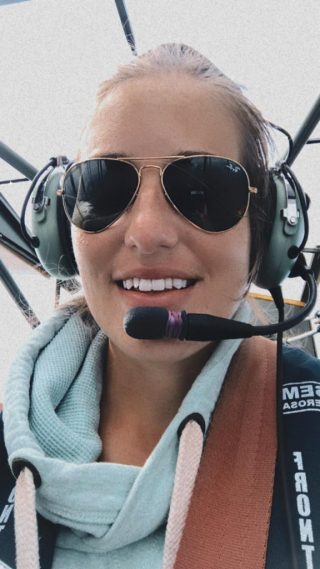 Some of my favourite experiences so far have been my early solo training flights in New Zealand over volcanoes and waterfalls – the breathtaking views and scenery were enough to have me making a rather large track correction, as my navigational accuracy suffered from the many beautiful distractions!

As a freshly minted pilot at the start of the pandemic, it has been heartbreaking to watch the industry (and my career plans) suffer so much. Having had my career put firmly on hold, the difficult phase between the end of training and the first commercial job has been somewhat extended. Suffice to say I have had a very thorough education in resilience and am hoping that my patience will be rewarded.

I have met many amazing women on my journey so far, and it’s hugely exciting to me to have trained with so many brilliant female pilots and to see even more beginning their journeys. We still have a lot of work to do and I feel as though I have a long way to go to eliminate my own unconscious bias, but my hope is that by the time I hang up my wings, I’ll be as likely to fly with a woman in the seat next to me as a man –- and I believe we will see that happen.”