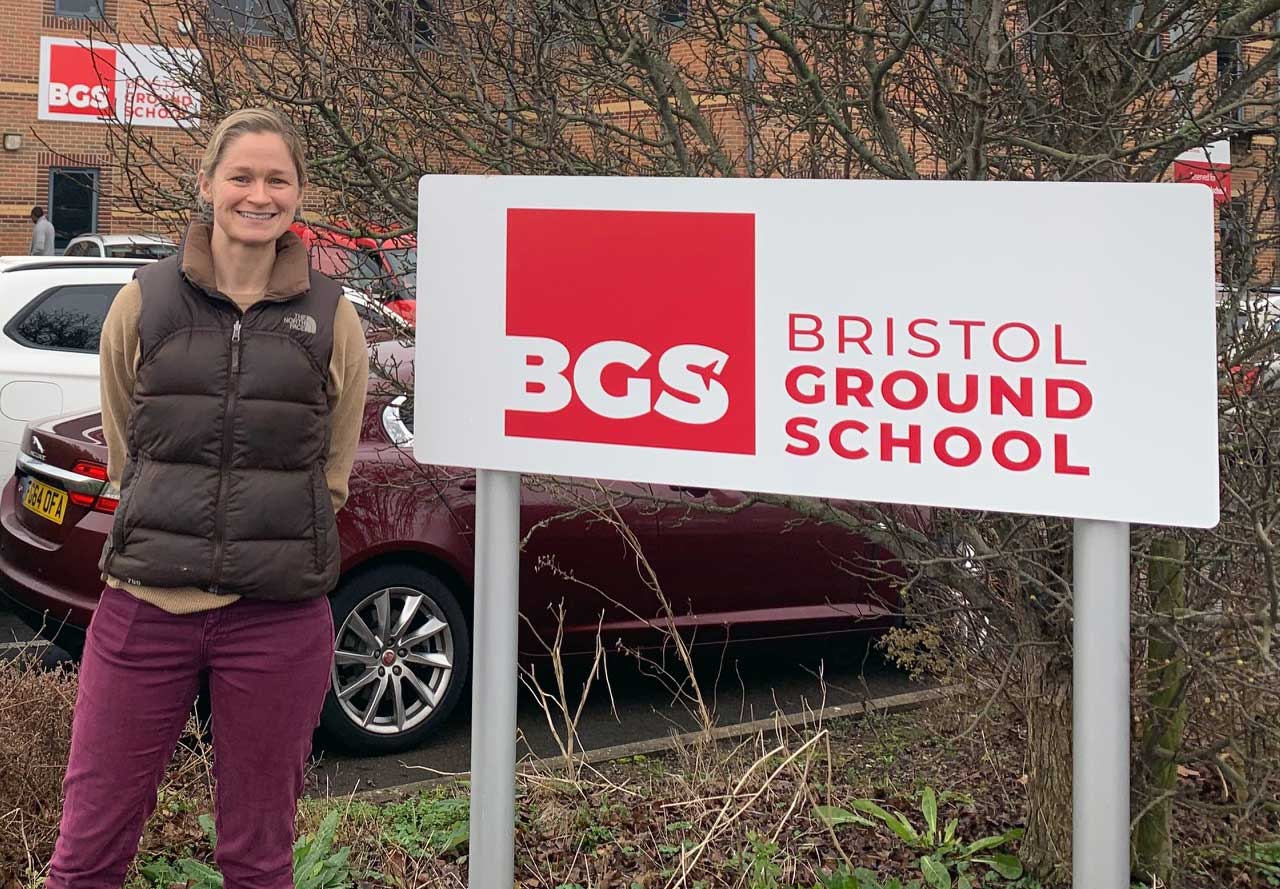 Tessa Morris-Paterson was one of the winners of the ATPL Theory Scholarship from the British Womens’ Pilots Association (BWPA) and has just started her course with Bristol Ground School (BGS).

Tessa achieved her PPL in 2018 and, with 10 hours PIC and 58 hours total, set out to break a Guinness World Record for ‘Fastest time to fly a plane in all 48 US states’. Joined by her wife Morag, who took on navigation duties, they set off from New York.

After just one day, Tessa made a PAN call and forced landing at an international airport, owing to a muffler blow out. The next day was more successful with 11 States flown in 24 hours; however Hurricane Dorian forced them to reconsider their plans to reach Florida. A change of route bought no further luck with a stuck valve and cylinder replaced in Missouri.

Finally reaching Florida and 26 States down, the smell of burning resulted in another PAN call and an end to the adventure. Despite obvious disappointment, £1800 was raised for UK based charity Wings for Warriors, and Tessa achieved 50 hours PIC.

Modular training
Tessa is undertaking her training on a modular basis and has saved enough for each part of the training so far.

“I am so delighted to have been selected for the British Women Pilots’ Association (BWPA) Bristol Ground School Scholarship,” saod Tessa.

“The reputation of Bristol Ground School (BGS) really does precede them, and since embarking on my CPL journey I have consistently been told there is only one option for doing my ATPL theory. It was therefore merely a case of ‘how’ and the award of this scholarship has made that a reality.

“The support of British female pilots from both the BWPA and BGS is admirable. I will endeavour to turn this opportunity that I have been so lucky to receive into supporting and guiding young female pilots later on in my career.”

Sharon Nicholson, chairwoman of BWPA, said, “The British Women Pilots Association are pleased to be associated with Bristol Groundschool and see our members benefit from their services and encouragement.

“I was so pleased to meet Tessa Morris-Paterson for the first time at the 2019 BWPA Awards Dinner in December and was fortunate to chat with her about her Guinness World Record attempt of flying ‘the fastest journey by plane to all contiguous US states’ for which we further awarded her the Faith Bennett Navigation Cup.”