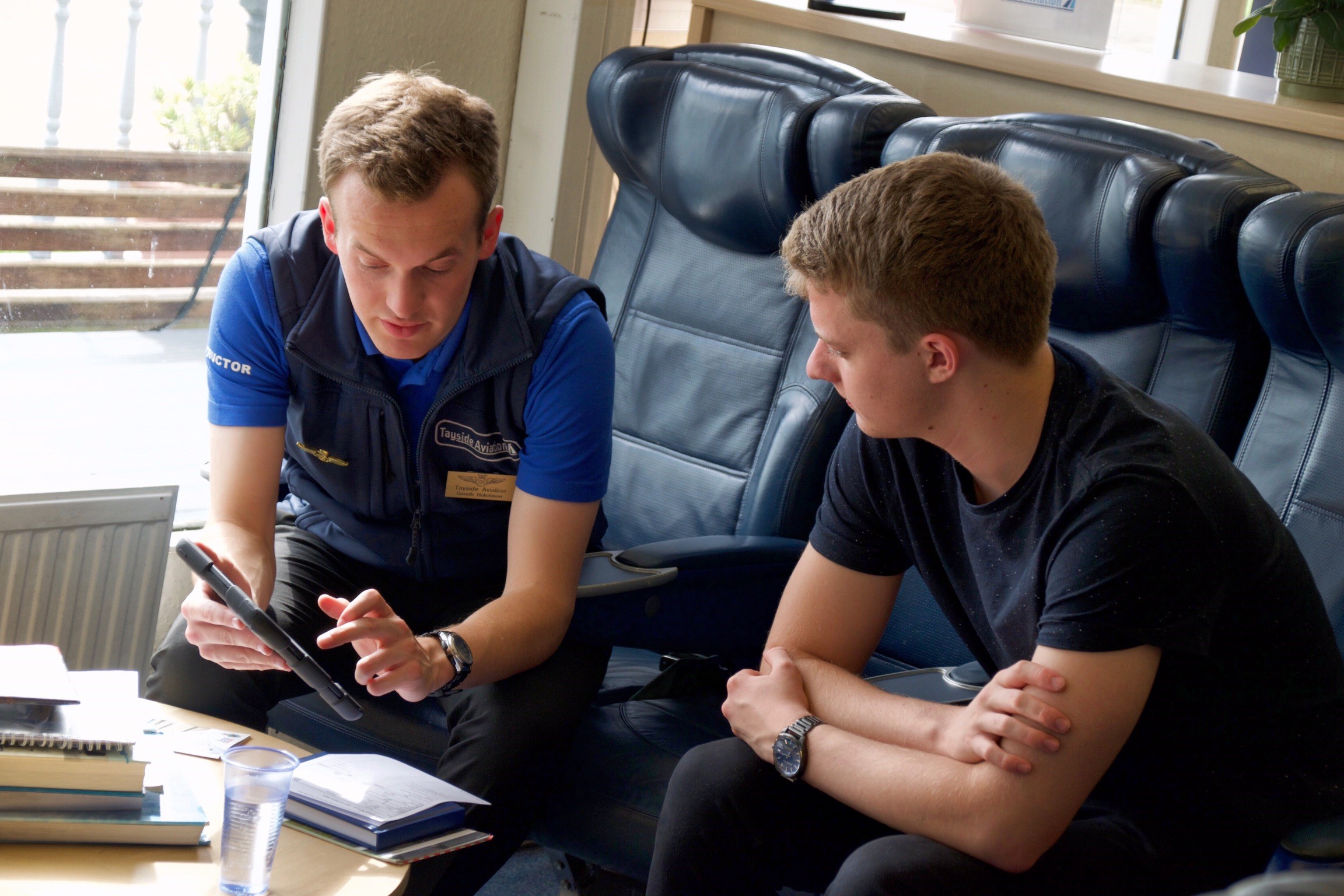 Tayside Aviation in Dundee is holding an open day this Saturday to promote flying as a career to school leavers.

The event will highlight Tayside’s degree programme which can see students as young as 17 take to the skies as a commercial pilot just three years later.

A pilot also earns the fourth highest graduate salary in the UK, starting at around £36,000, with all graduates placed with a partner airline.

Launched as a Scottish ‘first’ in conjunction with Middlesex University, the BSc (Hons) Professional Aviation Pilot Practice course accepts two intakes per year, in April and October, with over 70 students currently working towards their degree.

By taking the degree route, students can access funding to help with the costs of becoming a pilot. It also reduces the outlay by a half, from around £120k in an integrated flying school to around £60k at Tayside Aviation – and includes a Flying Instructor Rating.

The three-year programme with Tayside Aviation includes structured hours building as well as the CPL, ME IR and MCC training. 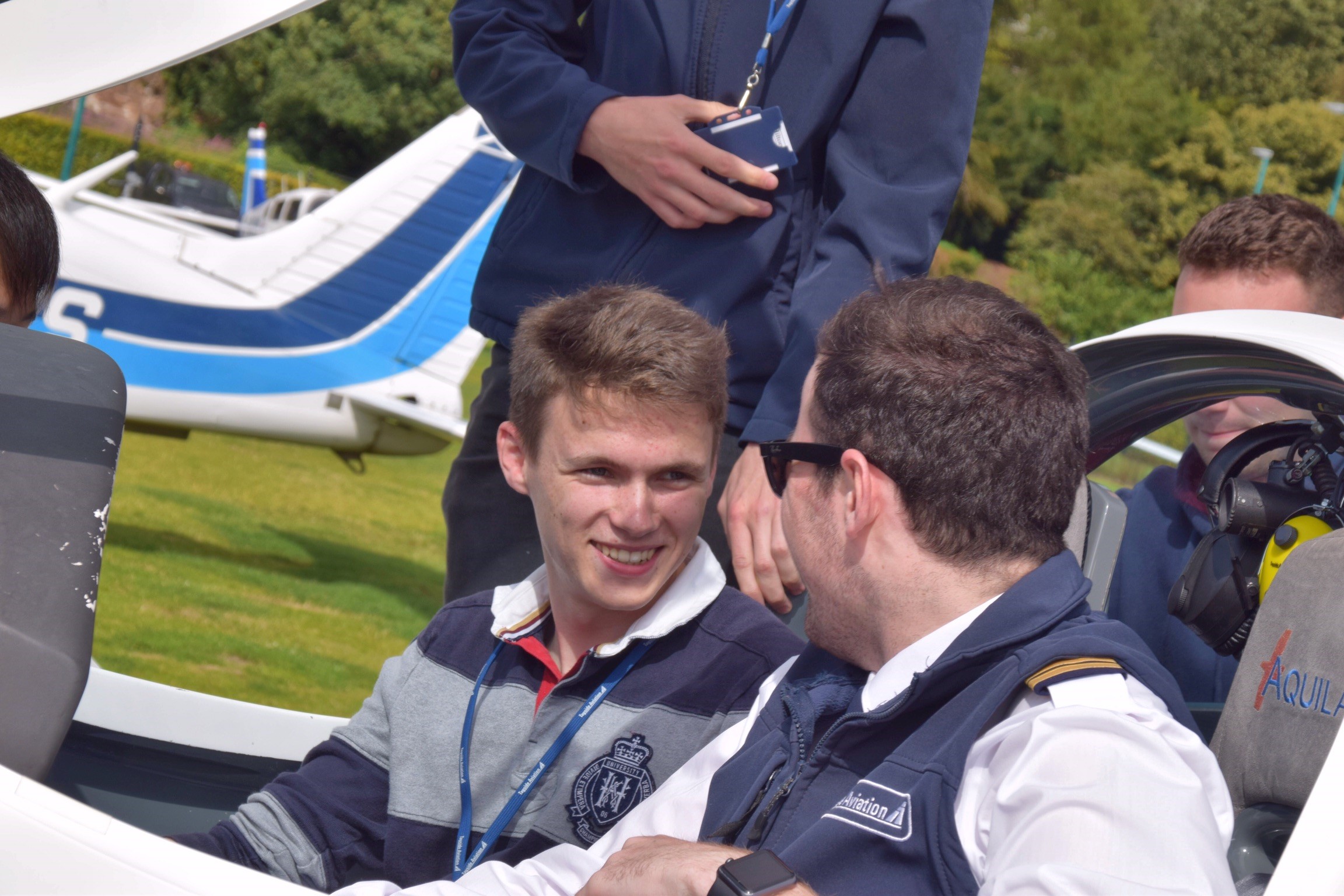 James Watt, Managing Director, Tayside Aviation said, “With pupils having now digested their exam results, many will be contemplating their futures so we’re keen to encourage them to consider a career in aviation, and to dispel a few myths in the process.

“For example, many people think the costs will be prohibitive but, because students are eligible for financial assistance, the degree is a fantastic and much more affordable pathway to becoming a pilot.

“We’re looking for students with a strong work ethic, aptitude and ability. It’s fantastic to see our students’ skills and confidence grow, and to watch their careers take off thereafter.” 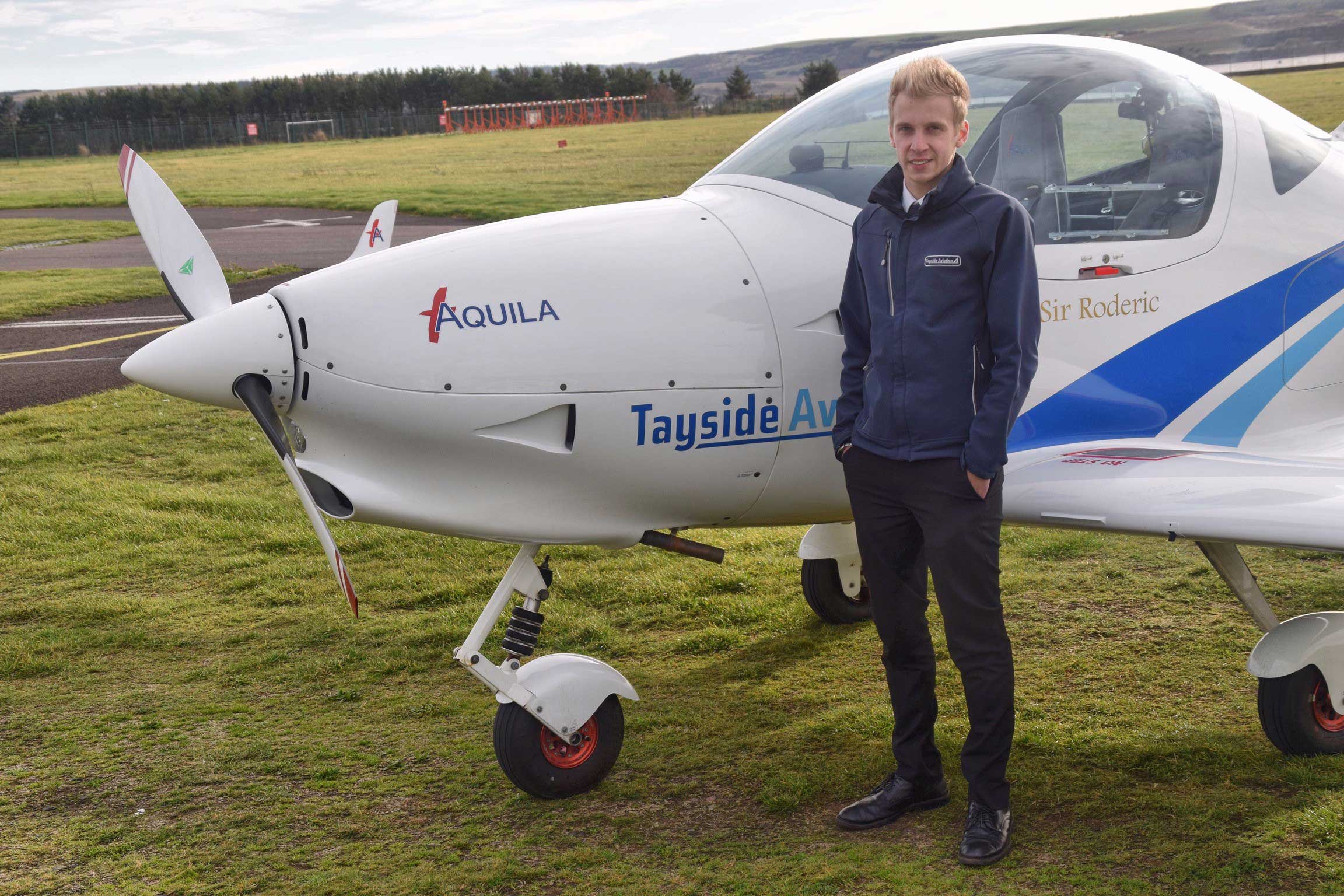 Recent graduates include Gavin Ritchie, aged 25, from Dundee, who landed the position of First Officer with Flybe late last year. Gavin was two years into the University of Dundee’s Mechanical Engineering degree when he decided to switch to Tayside Aviation’s flying degree.

Gavin said, “When I first heard about the degree, I felt this was the ideal route for me. It meant I could continue studying for a degree, but also undertake commercial flight training, with the end goal of landing a job with an airline.

“The degree focuses on critical reflection and helps promote self-development throughout each flying stage. In a professional environment, this is very important for progressing through the flight training, but also for developing skills as a flight instructor and airline pilot in the long term.

“I would definitely like to gain captaincy in the coming years, but also use my experience from flight instruction to progress to more senior training roles within the airline. I have a lot to thank Tayside Aviation for and will look back on my days here very fondly.” 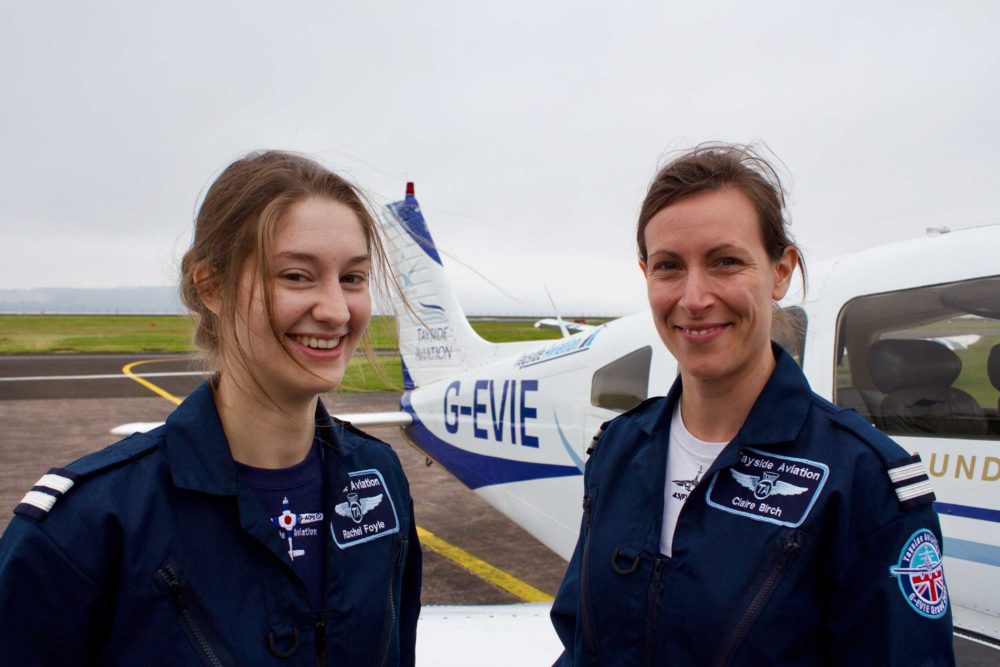 Rachel Foyle, left, is now flying for Loganair. Here’s she’s pictured with instructor Claire Birch while on a ten-day tour of the UK to promote women in flying

Rachel said, “I enjoyed two fantastic years at Tayside Aviation, both as a student and as an instructor. Alongside studying I was able to get involved in a wide range of experiences, including a ten-day tour of Britain.

“Instructing for the last year has been an opportunity to further my aviation experiences as well as instill a love for aviation in others.

“Working closely alongside other instructors, engineers and air traffic controllers gave me an insight into the aviation industry that I would otherwise not have had, excellent preparation for progression into the airline industry.”

The Tayside Aviation Open Day is on Saturday 31 August 2019, from 11am until 1pm. It will include a presentation to potential candidates and their parents, a tour of various aircraft and flight simulator and a chance to meet some existing students.

To register your interest for the open day, email [email protected]