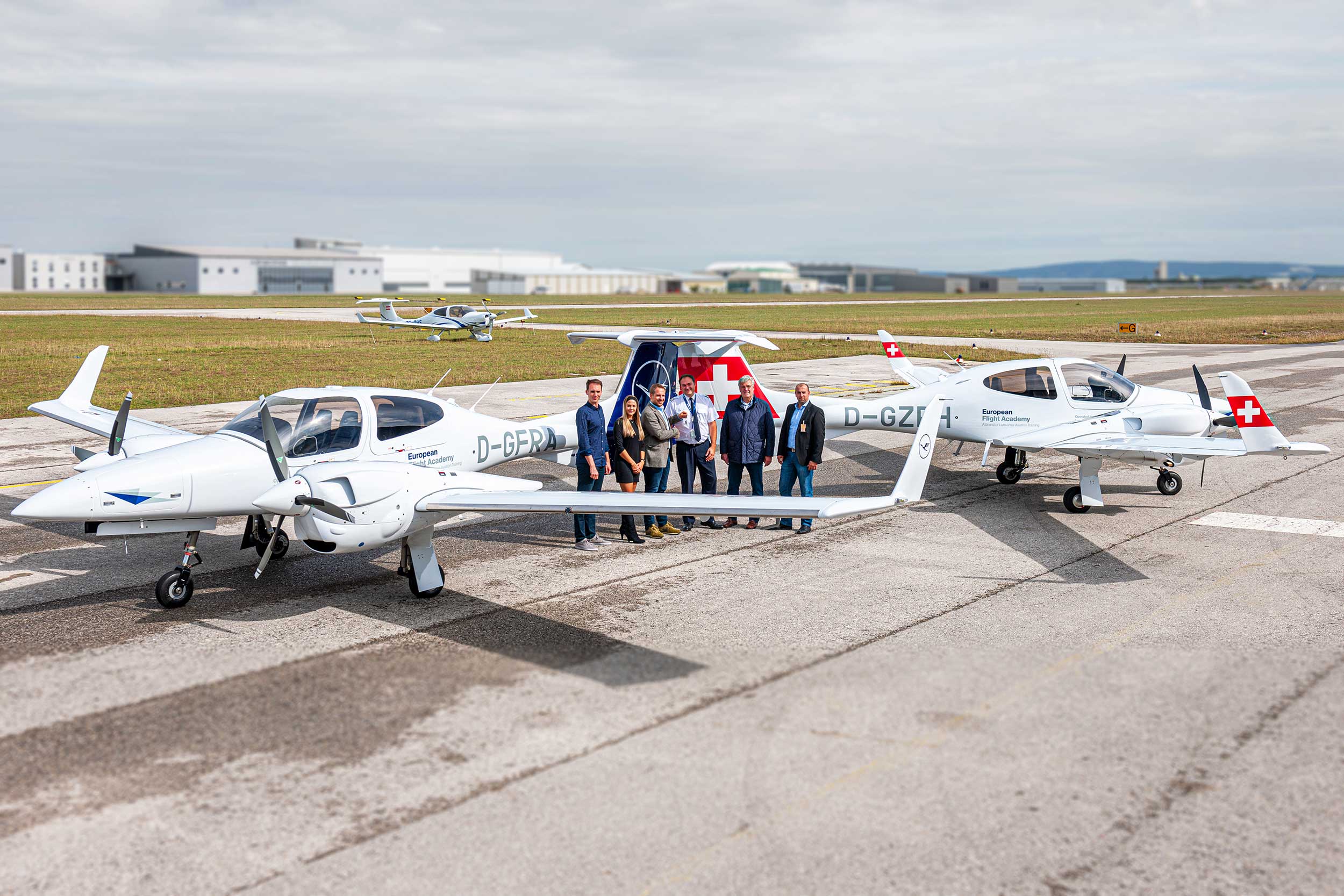 Lufthansa Aviation Training (LAT) – which looks after all types of air crew training for Luftansa’s airlines – has added two more of the latest VI (6) series Diamond DA42 light twins to its pilot training fleet, which operates under the European Flight Academy banner.

The two Diamond DA42-VI are in addition to five similar aircraft added to the training fleet at Rostock-Laage.

EFA trains student pilots at various locations including Bremen, Rostock-Laage, Grenchen (Switzerland) and Goodyear (Arizona), on a total of 57 LAT-owned training aircraft in total. Additionally, they have a pool of 50 training aircraft at their disposal at their partner pilot school Flight Safety Academy in Vero Beach (Florida).

Both new Diamond aircraft are painted in the liveries of Lufthansa or Swiss airlines. The flight route from Austria to Mecklenburg-Western Pomerania included a low-level flight at Frankfurt Airport – Lufthansa’s largest hub. At arrival at Rostock-Laage airport they were greeted by the crew of Lufthansa CityLine flight LH2761.

The DA42’s are equipped for instrument rating training on multi-engine aircraft with weather-radar and an iPad-interface to the aircraft’s avionics plus a de-icing system that allows training flights into moderate known icing conditions. 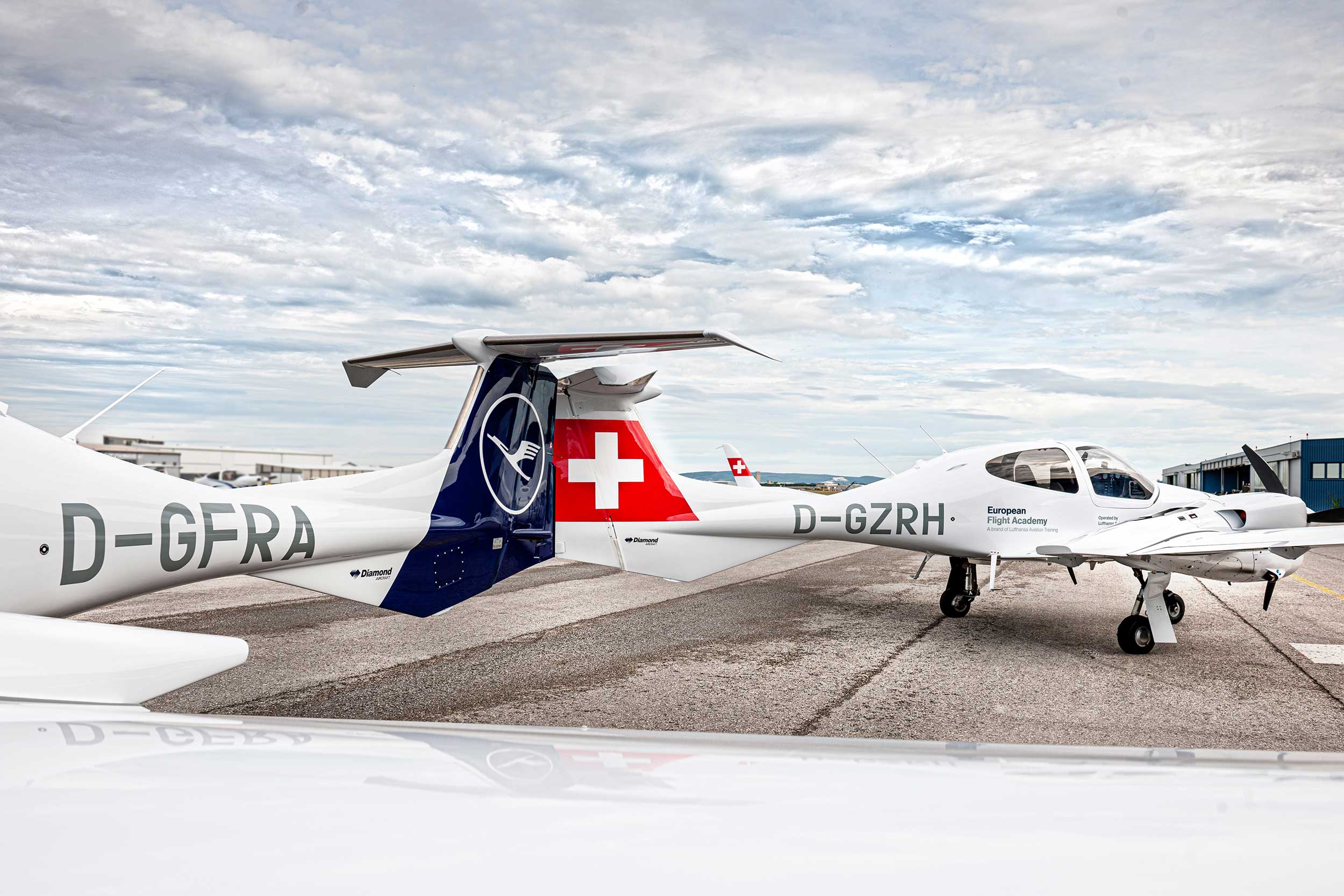 Matthias Lehman, managing director of Lufthansa Aviation Training Pilot Academy, which also includes the Rostock-Laage training site, ferried one of the airplanes himself and is pleased about the new additions to the training fleet.

“It is very important for us to prepare our cadets as good as possible for the challenges in their pilot profession,” he said. “For that matter, exercising on modern training aircraft plays an important role.

“Also, the upgrade of Rostock-Laage’s fleet is a commitment to the location, where, due to a well-developed infrastructure and high density of surrounding airfields with various approach procedures, ideal training conditions exist.”