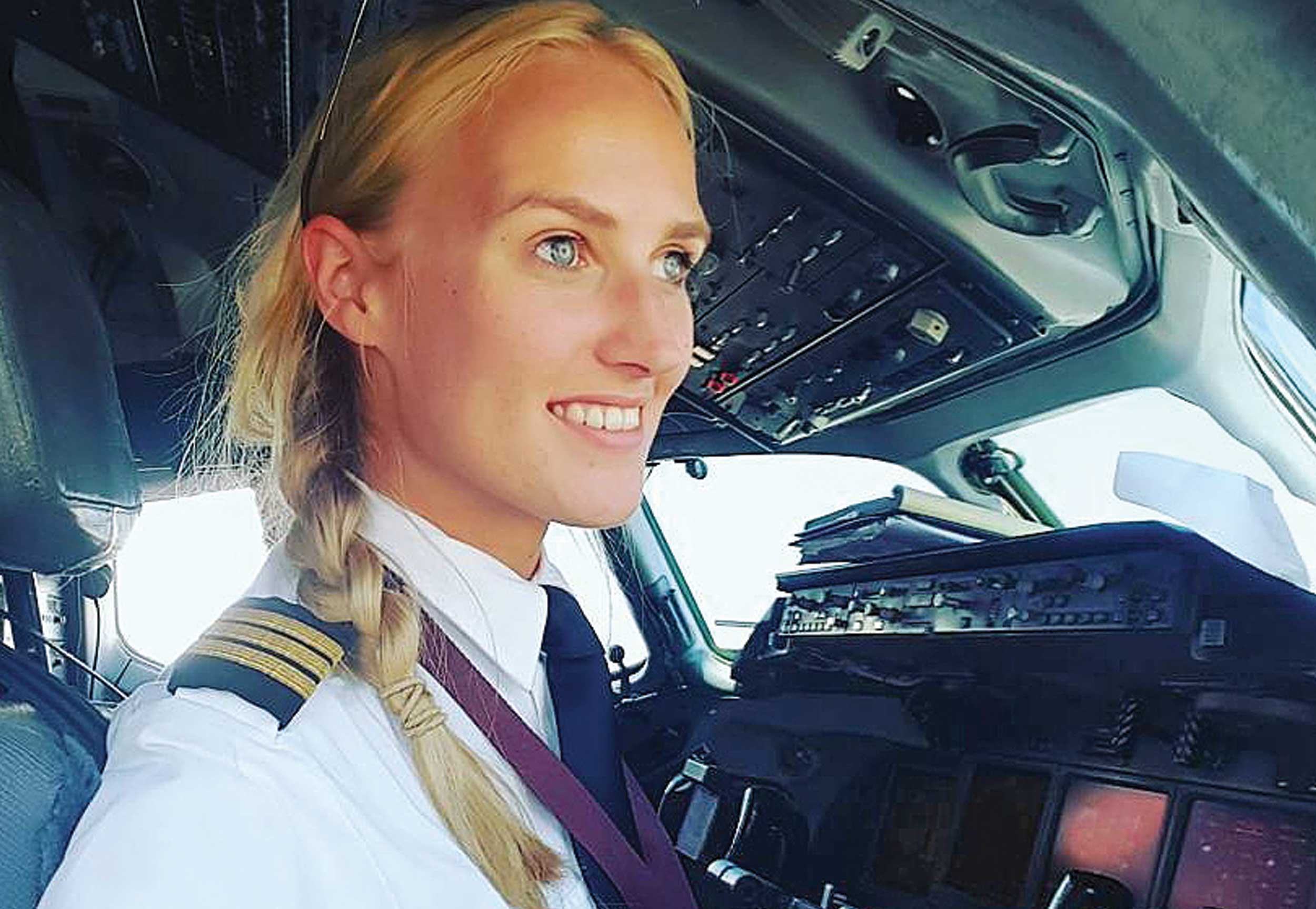 A First Officer on a Boeing B717 who flies all over the Mediterranean, while also sharing her passion for aviation with the next generation
Interview by Yayeri van Baarsen

How did you get into flying?
I’ve always loved flying, but never actually said, ‘I want to become a pilot’, because I thought it wasn’t possible. Every time I’d mention going into aviation, many people around me would say, “But isn’t that very difficult and expensive?”

It wasn’t until I visited a careers fair, aged 15, that people at a flight academy stand told me it wasn’t impossible. Ever since my first lesson, it’s been my goal to become a commercial pilot.

Tell us about your job…
I’m a First Officer on a Boeing B717, flying from Palermo. Every shift, I do four flights, usually to northern Italy, France, Spain or Greece. Each takes around 1.5 hours, with only a 25-minute turnaround, so I only see the destination on approach – I never get out of the airport, but I do get to sleep at home every night.

For airline pilots, teamwork is very important. If all goes well, we have a nice talk in the cockpit, but if there’s an emergency, good communication becomes even more crucial as it’s all about cooperating to find a good solution.

The best bit about my job is feeling the power of the throttle, the thrust at take-off is exhilarating. Greasing a landing is also very satisfying.

Sometimes kids visit us in the cockpit. They’re always enthralled by all the buttons and screens. If we have time, we chat with them and press a button which makes all the lights in the cockpit light up. They’re full of amazement and surprise – it’s just great. I love that these encounters might inspire the next generation of female pilots.

What training did you have?
I trained at the Gestair Flying Academy in Madrid and I currently fly on a frozen ATPL. I might do a captain upgrade in the future, but I’m in no rush – there still are situations where I’m very happy to have someone with more knowledge and experience next to me. When I was hired as a Second Officer, I did a Boeing B717 type rating.

As a pilot, you never stop studying, there are always amends to procedures and courses. We learn about every aspect of flying – in the CRM [crew resource management ] course, fatigue risk and autopilot are covered and I found that particularly interesting as, nowadays, commercial pilots rely on automatic pilot a lot, perhaps too much.

Twice a year we do a proficiency check in the simulator. They can literally simulate anything – throw in a couple of thunderstorms and make it as crazy as possible, with problems which, logically, would never appear together. It’s great practice, though, because in real life you don’t know what to expect either.

What’s been your favourite flight?
Any flight to the islands in the Mediterranean, because of the great views on landing and take-off. I especially like flying into the Greek islands, because of the non-precision approach – you disconnect the autopilot and literally grab control. That manual approach is more challenging and really feels like flying.

Also, we often have local Greek Captains who know everything about the islands that you see from the cockpit. 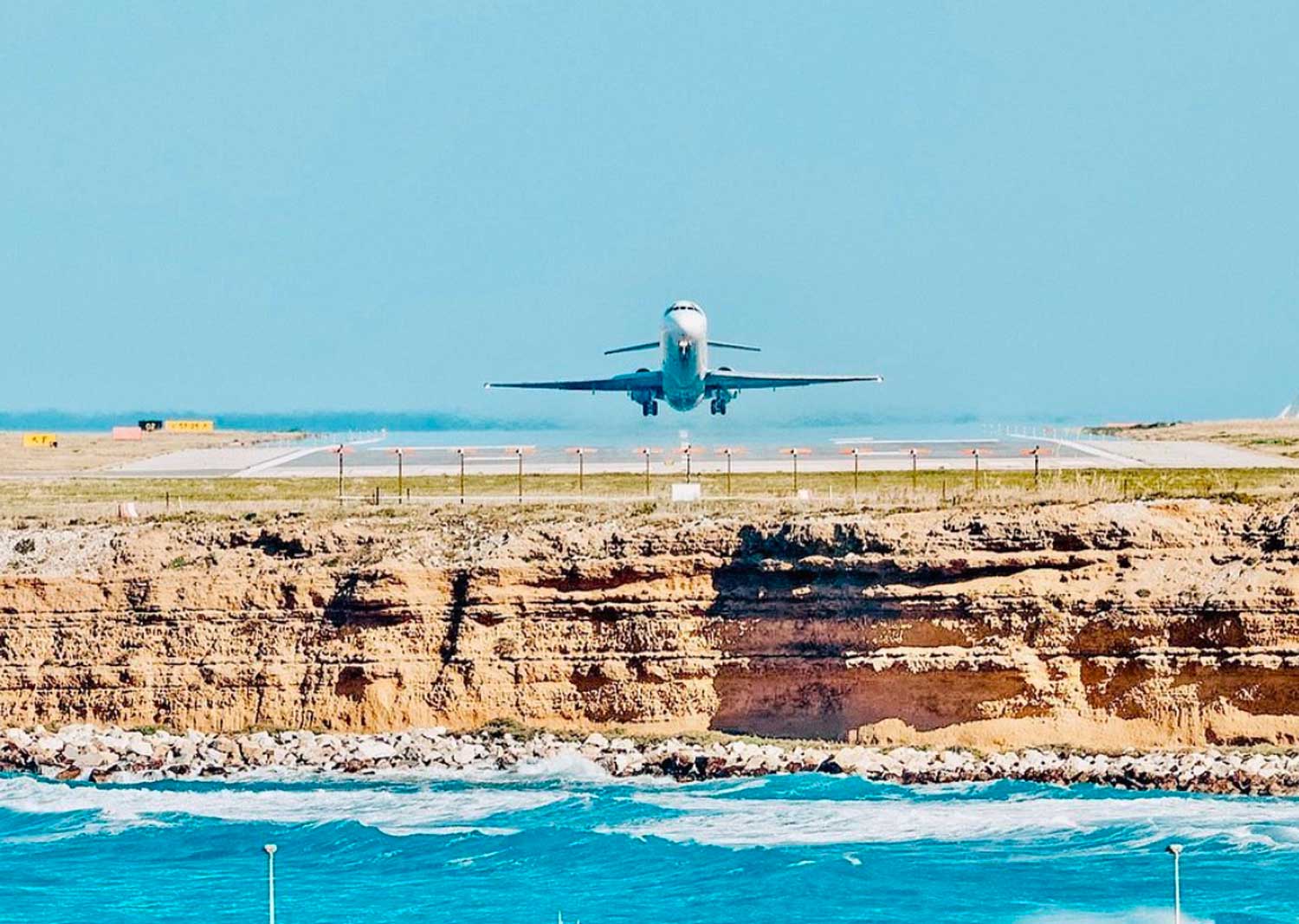 And your favourite airfield?
Falcone-Borsellino, Palermo. An airport is an airport, but the approach to Palermo is amazing – flying over sea, you see the beaches and caves of Sicily. I actually live right next to the airport – my house is 500m from the runway. My colleagues live in the same village, which makes it very sociable as there’s always something going on.

Do you get to fly much outside work?
Yes, with friends. We often take up a Socata or a Cessna and explore Sicily from above. I always take my camera as the views are so brilliant – when flying over sea, you’re next to the mountains, instead of above them.

In a single-engine piston aircraft, you feel free like a bird. Actually, working in commercial aviation has made me appreciate GA more – because one is now my job, the other really feels like my hobby.

What’s the most valuable career advice you’ve received?
To go for it, even if things seem impossible. The people at the career fair first encouraged me to try a career in aviation, and from then on I’ve received that advice so many times – from flight instructors, classmates and my parents, who’ve supported me in every way. Sometimes, to succeed, you just need a push in the right direction.

Lindy Kats vlogs about her life as a pilot and she has 76.7k followers at www.instagram.com/pilot_lindy

Guernsey-based air taxi start-up, Waves, is planning to launch its own flight training academy early next year to offer islanders the opportunity to b...