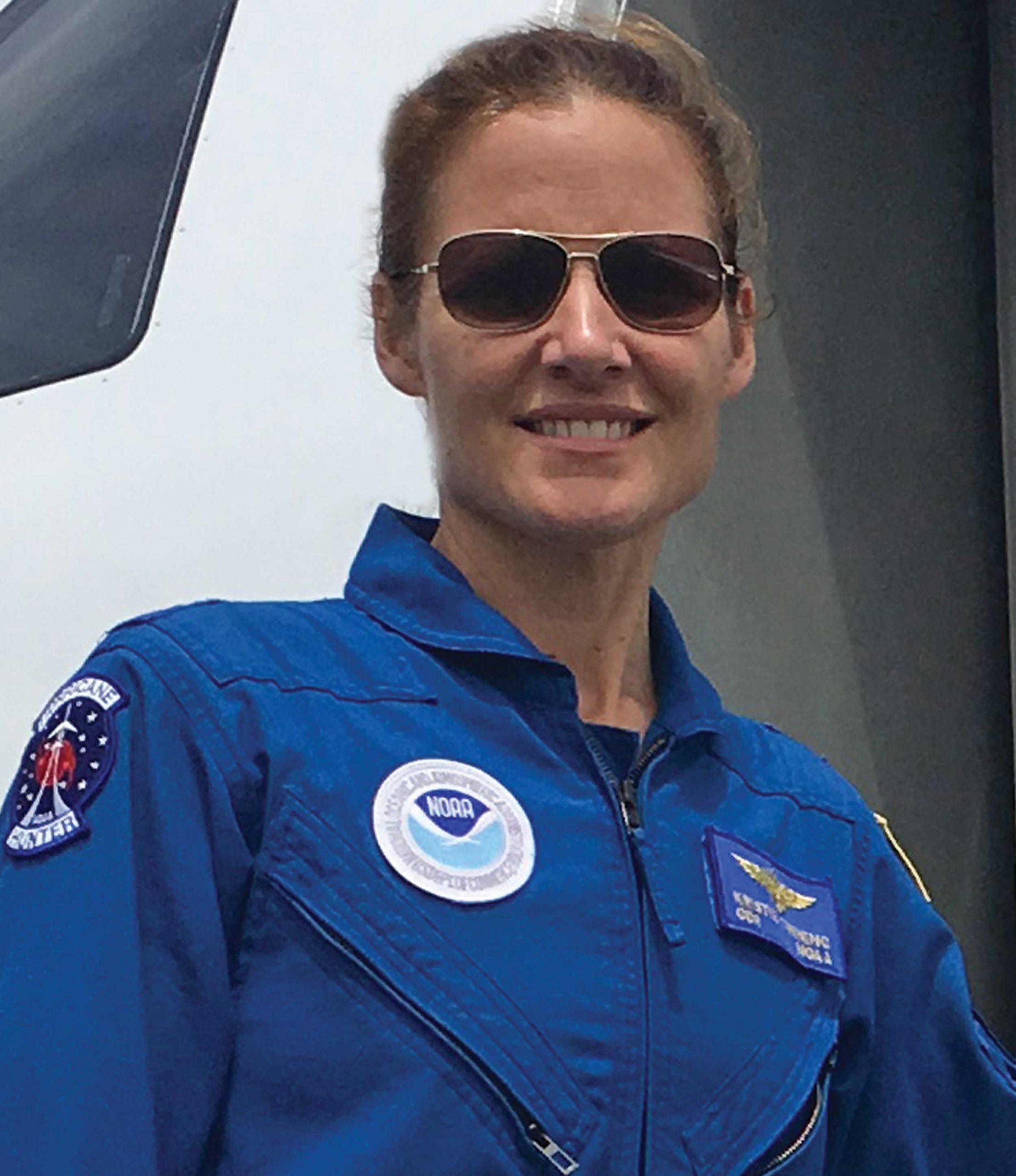 This article first appeared in FLYER in February 2019

How did you get into flying?
Coming from a military background, I grew up seven miles from the approach path of a major US Air Force base and was fascinated by the aircraft flying over.

I didn’t get into aviation until 18 years ago though, when applying for the flight training programme of the National Oceanic and Atmospheric Administration Commissioned Officer Corps (NOAA Corps). I had no flying experience at all.

Even though I loved aircraft, I’d never taken a lesson. After my first flight, I couldn’t believe I’d waited so long. 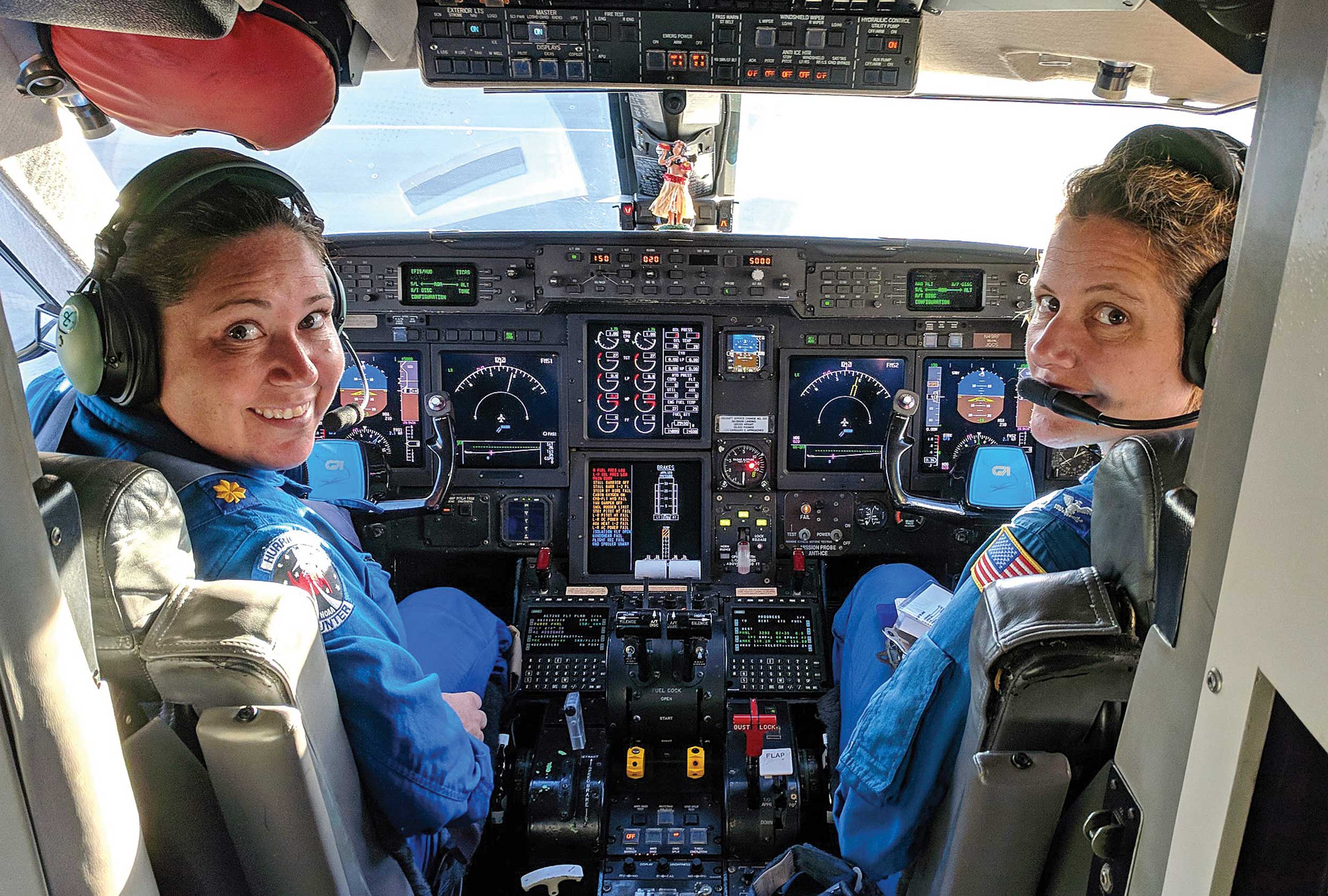 Tell us about your job…
Apart from being an instructor pilot on the Gulfstream IV, I’m chief of NOAA Corps’ Aircraft Maintenance Branch in Lakeland, Florida.

Every day is different and I’m often on the hangar floor, making sure our fleet is ready to go. In hurricane season, from 1 June to 30 November, I fly storm missions in the Gulfstream IV.

Flying a pattern above and around a cyclone, we get a synoptic picture of a hurricane, which allows us to predict its strength and course.

We don’t fly through the eye of the storm, but instead stay 50 to 60 miles from the inner wall, dropping sondes with weather instruments so the meteorologists aboard can gather data.

Flying close to a Category 5 hurricane, seeing those big swirling clouds, is a humbling experience and sometimes the turbulence can get pretty violent.

During our eight-hour missions we’re very aware of speed and altitude, and constantly watch the weather and radar. The Gulfstream IV has a 45,000ft ceiling and, as we’re operating right at the edge of our safety envelope, targeting an area other aircraft avoid, we’re constantly on high alert.

The storm environment makes flying a lot more complicated – in case of an engine failure you can’t just fly through the hurricane to get to the nearest airfield. It’s exciting though, and we work very well as a team.

I love the science part of my work, but what I like most is that we’re providing a service. The weather forecast data we collect makes people’s lives safer and that means it’s a very rewarding job.

That’s also why I enjoy our outreach events during the off season, which see us raise awareness of natural disasters, explain what it’s like to be close to a tropical storm, give warnings and talk about preparation and evacuation.

A hurricane’s no joke, it can bring death and destruction.

What training did you have?
I obtained my CPL and multi-engine rating at a commercial aviation school in Florida.

Then I did hands-on, on-the-job training at NOAA Corps in a Twin Otter, working my way up to co-pilot. Eventually, I moved on to heavier aircraft and to Captain.

At NOAA Corps we train a lot, both in simulators and in a mission environment. A big part of that involves Crew Resource Management – knowing how to handle the human factors so you can react appropriately, whatever happens.

What’s been your favourite flight?
My first instruction flight, in a Cherokee in Western Washington, back in 1999.

On return, we got totally fogged in, with a ceiling of 100ft, then had to do a precision radar approach where the ATC talked us down – I couldn’t see a thing until seconds before touchdown.

That made a huge impression but it didn’t scare me away from flying – quite the contrary!

And your favourite airfield?
That’s a tough one. Landing a Twin Otter on gravel strips in Alaska was great, but I also like coastal airports in beautiful landscapes, such as the Caribbean and Hawaii.

The best airfield is the one where you land safely in an emergency!

Do you get to fly much outside work?
Apart from my CFI rating, which I did outside work, I haven’t really flown a lot.

I always suggest flying to the Florida Keys to my husband but he doesn’t seem too enthusiastic – I think he might be afraid of flying. Perhaps I’ll get a time-share on an aeroplane with friends when I retire?

What’s the most valuable career advice you’ve received?
Around 15 years ago, former astronaut Dr Kathy Sullivan encouraged me to be more assertive and opportunistic.

She said to always reach for something beyond my comfort zone and that really stuck with me. It’s especially important that women realise they can do anything men can.

Having reached the top of my game, I’m now more of a mentor and aim to leave behind a legacy of well-trained aviators.

Kristie Twining is a Captain in the NOAA Corps and, in August 2018, was part of the first all-female crew to fly a hurricane-hunting mission