Captain Simon Wiles is only the second UK helicopter pilot to successfully undergo the CAA assessment since the implementation of EASA, earning him the privilege to deliver FI(H) courses. Captain Wiles was trained by, and now works alongside the Helicentre’s Head of Training, Capt Sarah Bowen. She was the first in the UK to gain the qualification under EASA in 2015.

Places for the 2017 instructor courses are already fully booked and applications are now being taken for 2018/2019. 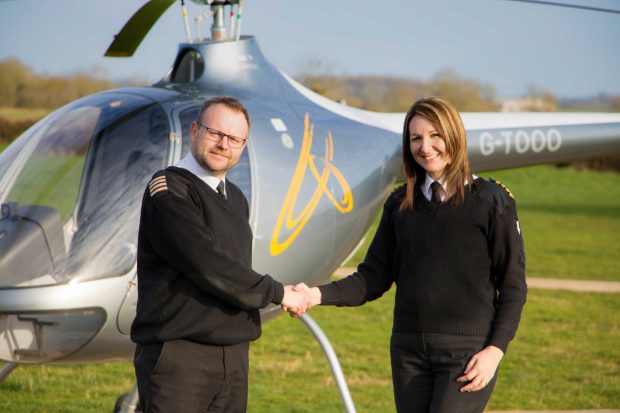 The  Guimbal Cabri G2 helicopter is the company’s flagship platform for ab-initio and professional training. It has already been used for 14 flight instructor courses, as well as numerous PPL(H), CPL(H) and type rating courses totalling more than 9,500 flying hours.

Several of the company’s home-grown instructors are now amongst the most experienced Cabri G2 flight instructors in the country, each having flown in excess of 1,500 hours on type.

EASA ATO approval for Helicentre’s Florida base is imminent, and this will introduce exciting career opportunities for company instructors.

Being a flight instructor is an important stepping stone towards full-time employment or contract work, both within the company and outside. Some pilots have moved into corporate, police, HEMS and offshore roles worldwide.

Members of Helicentre’s team will be on hand to offer training and careers advice at Pilot Careers Live in London on 22 April.