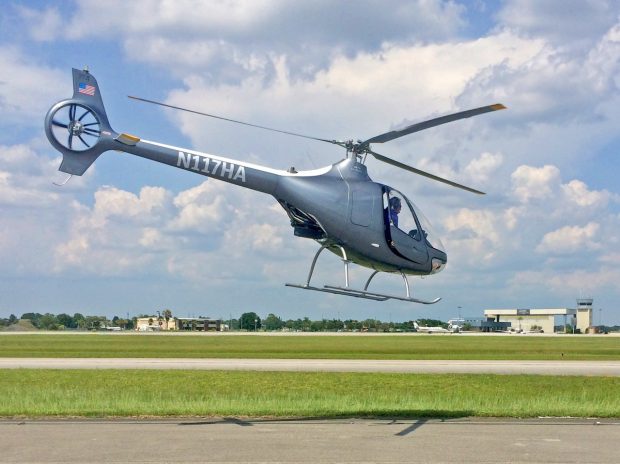 The brand new aircraft was taken for its maiden flight in US airspace last week after being shipped from the Guimbal factory in Marseille, France and re-assembled by engineers from US distributor Precision Helicopters. Chairman Chris Line flew the helicopter into Kissimmee Airport on Saturday (pictured).

The operation was initially set up to accommodate those in the hour-building phase of their professional career courses at the UK academy, including students undergoing the BSc (Hons) degree course, and winners of the academy’s scholarship programme. A statement from the trainer explains, “The facility will provide students with opportunities to broaden their aviation experience by operating the helicopter in a new environment, better preparing them for the global job market once qualified as professional pilots. Other benefits include significant cost savings and increased continuity for hour-builders, particularly during the UK wintertime.”

The trainer has explained that arrangements to expand the operation further are already underway, and plans include the ability to conduct FAA training as a Part 141 facility as well as providing EASA training under the Academy’s existing UK ATO approval. It is expected that an order for at least one additional Cabri G2 airframe will be placed imminently.