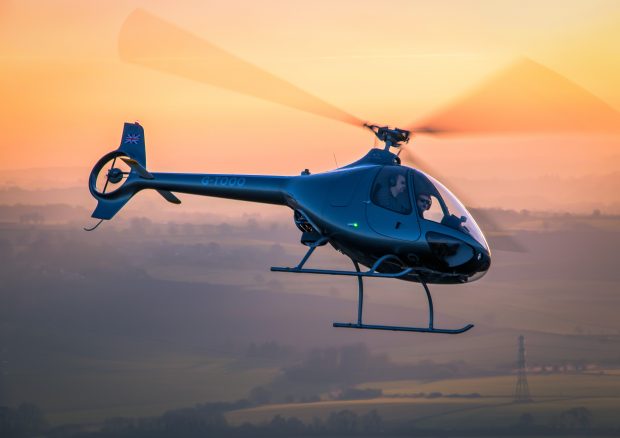 The aircraft, which is painted in the company’s silver-grey colours, was collected from Helicoptérès Guimbal in Marseille. It was flown back to the UK by one of the company’s pilots, together with a private pilot who is working towards a combined CPL(H) and BSc (Hons) degree delivered jointly by Helicentre Aviation and Middlesex University.

The Academy’s fleet of Cabri G2 helicopters has grown rapidly this year with the production and delivery of four airframes in 2016 alone, one of which was shipped to Kissimmee Airport in Orlando, Florida, the company’s fair weather base for UK private pilots building hours between private and commercial licences.

The new aircraft, registered G-TOOO, will be operated from the Midlands-based facility and will be used mainly for training Commercial Pilots and Flight Instructors. Since the company began operating Cabri G2s, the hours flown have reached almost 9,000 on type. Besides the £1.8m investment into its Cabri G2 fleet, the company has also put more than £300k into fully funded professional pilot training scholarships. These have helped several private pilots step onto the career ladder and get into full time instructional and utility roles within the company and industry.