Alice lifted off at 7:10 a.m. from Grant County International Airport (MWH) on Tuesday, 27 September, and flew for 8 minutes at an altitude of 3,500 feet.

“Today we embark on the next era of aviation – we have successfully electriﬁed the skies with the unforgettable ﬁrst ﬂight of Alice,” said Eviation President and CEO Gregory Davis.

“People now know what affordable, clean and sustainable aviation looks and sounds like for the ﬁrst time in a ﬁxed-wing, all-electric aircraft. This ground-breaking milestone will lead innovation in sustainable air travel, and shape both passenger and cargo travel in the future.”

Eviation says Alice produces no carbon emissions, signiﬁcantly reduces noise, and costs a fraction to operate per ﬂight hour compared to light jets or high-end turboprops. Eviation Alice is targeted at commuter and cargo markets, and will typically operate ﬂights ranging from 150 miles to 250 miles.

“The ﬁrst ﬂight of Alice represents a transformational milestone for the aviation industry,” said Cape Air Founder and Board Chairman Dan Wolf. “We currently ﬂy more than 400 regional ﬂights per day, connecting more than 30 cities across the United States and Caribbean. Alice can easily cover 80 percent of our ﬂight operations, bringing sustainable, emission-free travel to the communities we serve.” 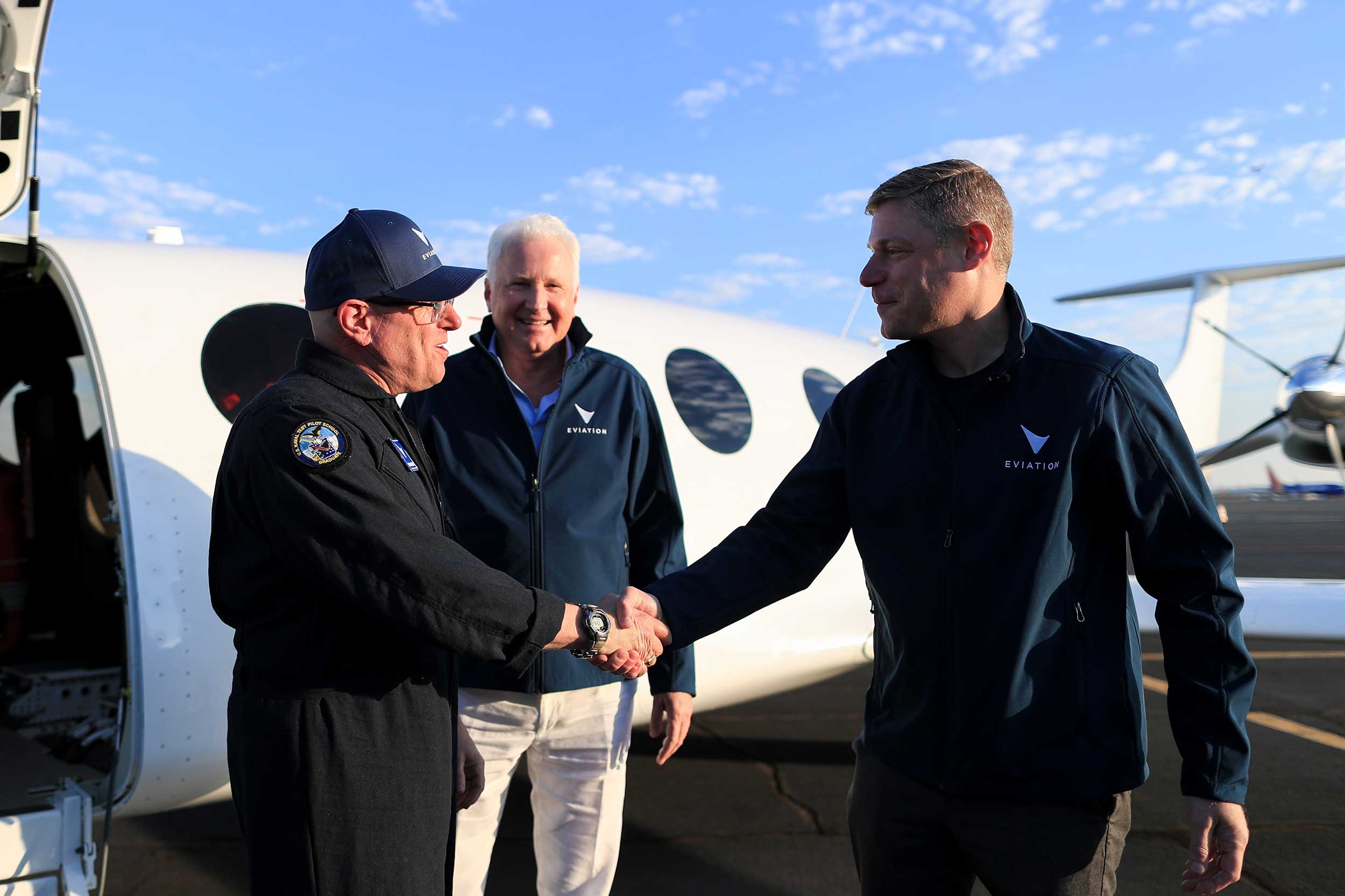 “With our order of 12 Alice e-cargo planes, we are investing towards our overall goal of zero-emissions logistics. Alice is the true game-changer by enabling long distance air transport for the ﬁrst time with zero emissions. This historic ﬂight marks a signiﬁcant milestone on our journey to ultimately achieving net-zero emissions by 2050.”

However, after the flight, Eviation CEO Gregory Davis sounded a note of caution.

“The biggest challenge Eviation has to overcome is the batteries,” he told Flight Global. “We really do need the industry to boost the energy density of the cell level. If we have a breakthrough in battery technology, we can pull it [the timeline] forward. If the battery technology lags, we might push out the delivery date.”

Eviation is pursuing certification through US FAA Part 23 rules, which apply to aircraft with no more than 19 seats.

Today, our all-electric Alice aircraft electrified the skies and embarked on an unforgettable world’s first flight. See Alice make history in the video clip below. We’re honored to celebrate this groundbreaking leap towards a more #sustainable future.#electricaviation pic.twitter.com/Q9dFoTPyiB