FAA issues final rule on use of PEDs in cockpit 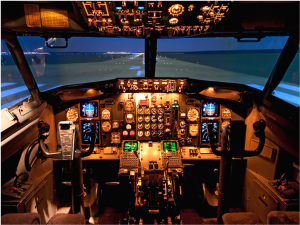 The FAA has issued a final rule that reinforces that airline pilots cannot use Personal Electronic Devices (PEDs) for personal use in all operations. The rule codifies existing FAA policies and procedures and meets an FAA Modernisation and Reform Act of 2012 mandate by prohibiting all commercial airline (passenger and cargo) flight crews from using personal wireless communications devices or laptop computers for personal reasons during all aircraft operations.

The agency’s 1981 “sterile cockpit” rule already forbids pilots to engage in distracting behaviour during critical phases of flight, including take-off and landing, and the FAA has previously asked carriers to address the distraction issue through crew training programmes. According to the FAA, the rule reflects current flight deck operating procedures and imposes minimal cost to the airlines. This rule follows a January 15, 2013 proposal and takes effect in 60 days. The full rule can be found here.

FAA needs to increase oversight of pilot skills, according to report

BALPA (British Airline Pilots’ Association) has given a cautious welcome to the House of Lords European Union Committee report on civilian use o...

The Federal Aviation Administration (FAA) has adopted new training requirements for all US airline pilots, which came into effect on 5 November. The r...