Just in time for the opening of this year’s Paris Air Show (19-25 June 2017), easyJet has taken delivery of its first Airbus A320neo (‘new engine option’) at the Airbus factory at Toulouse-Blagnac Airport.

esayJet’s neo is powered by new generation CFM LEAP-1A engines that are said to be 12.5% more fuel efficient. A further 2.5% fuel efficieny comes from new design wingtips called ‘sharklets’. The A320neo is also offered with a Pratt & Whitney PW1100G engine that offers similar savings. The aircraft is also 50% quieter. 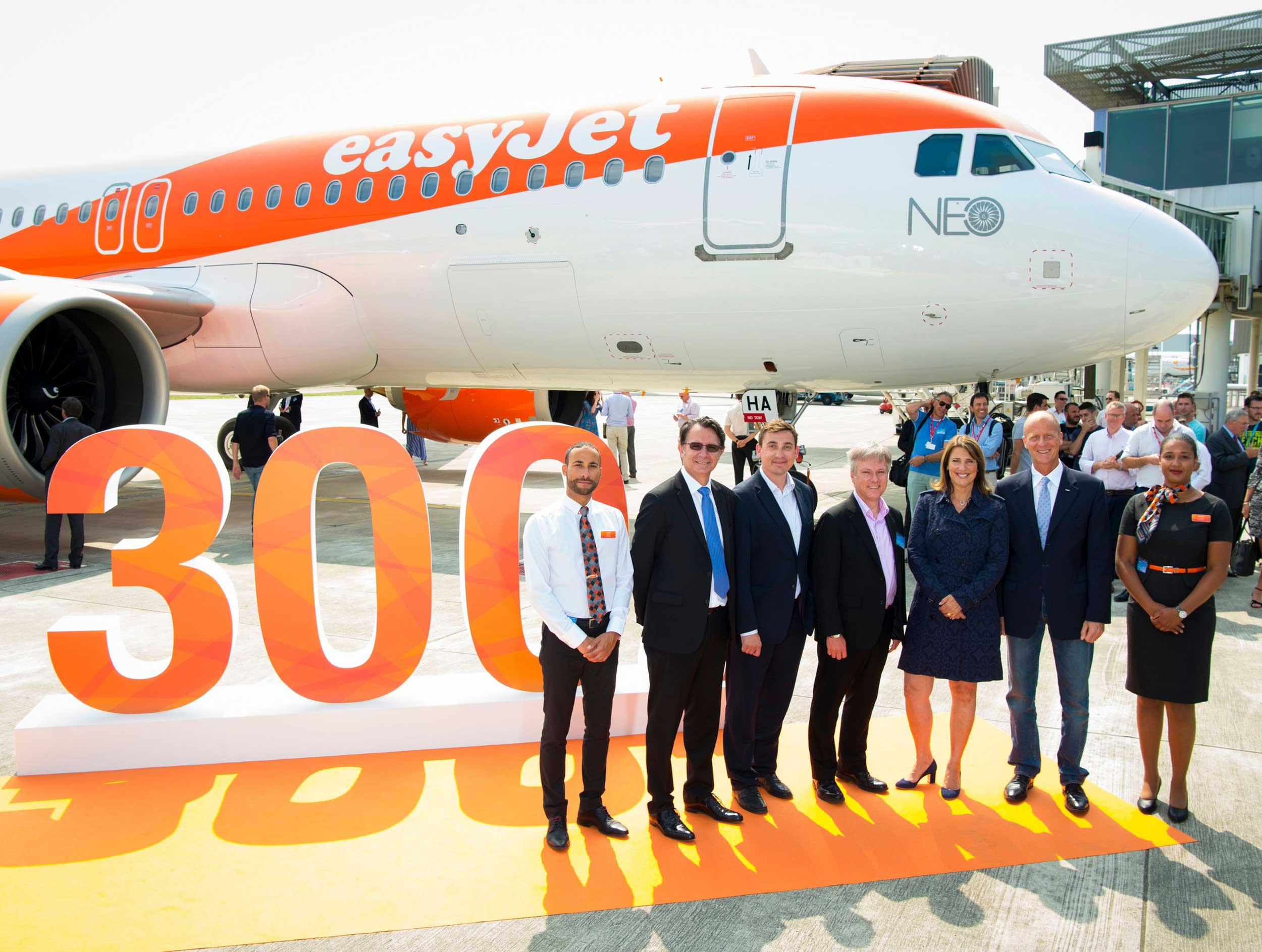 easyJet’s first A320neo has the ‘comfortable’ 186-seat layout, and is distinguished by a specially designed NEO logo on the fuselage. easyJet’s NEO fleet will be based out of London Luton Airport and operate its first commercial flights in June to Amsterdam, Madrid and Edinburgh.

With the largest A320 fleet in Europe, easyJet is a very important customer to Airbus. It’s also buying more neos than any other airline. In May 2017, easyJet upsized orders for 30 A320neo with 186 seats to the larger capacity A321neo with 235 seats for growth at slot-constrained airports.