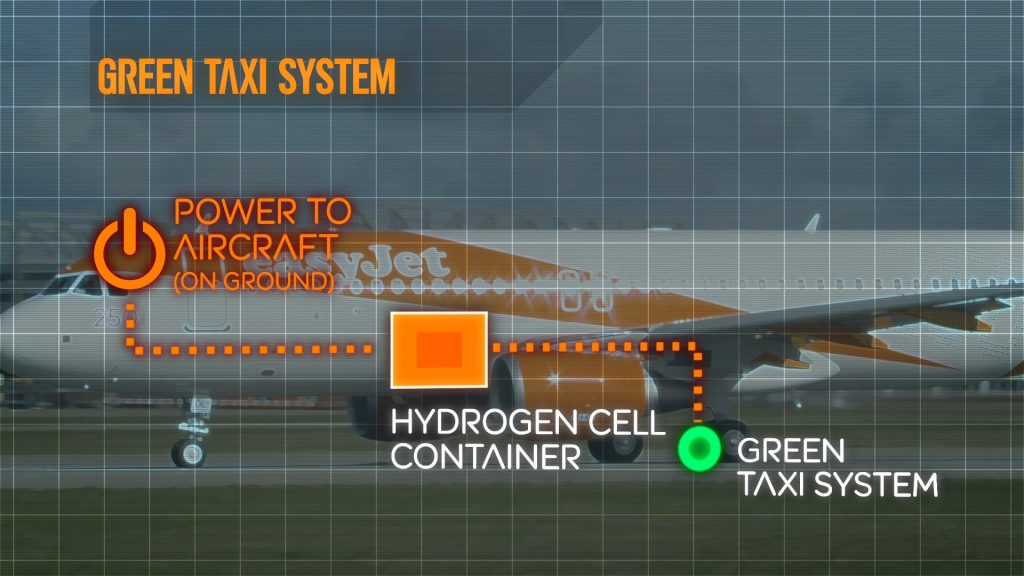 easyJet has unveiled plans for a revolutionary zero emissions hydrogen fuel system for its aircraft which, according to the developers, could save around 50,000 tonnes of fuel and the associated CO2 emissions per year. The announcement forms part of the airline’s strategy of reducing its passengers carbon footprint easyJet.

The airline has set new targets for 2020 which will see a reduction of 7% over the next five years compared to ‎it‎s emissions today, which are 81.05 grams CO2 per passenger kilometre.

For the hybrid aircraft concept the airline took inspiration from students at Cranfield University, who were asked to develop ideas for what air travel might look like in twenty years’ time, as part of a competition to celebrate easyJet’s 20th birthday in November 2015. easyJet now plans to work with industry partners and suppliers to apply the cutting-edge technology much sooner with a trial set to take place later this year.

The hybrid plane concept uses a hydrogen fuel cell stowed in the aircraft’s hold. This innovative zero-emissions system allows energy to be captured as the aircraft brakes on landing and is used to charge the system’s lightweight batteries when the aircraft is on the ground (much like the Kinetic Energy Recovery System (KERS) found in Formula 1 cars).

The energy can then be used by the aircraft – for example when taxying – without needing to use their jet engines. Due to the high frequency and short sector lengths of easyJet’s operations, around 4% of the airline’s total fuel consumed annually is used when the airline’s aircraft are taxiing. easyJet’s aircraft average 20 minutes of taxi time per flight – the equivalent of around four million miles a year – akin to travelling to the moon and back eight times.

Each aircraft would have power motors in their main wheels and power electronics and system controllers would give pilots total control of the aircraft’s speed, direction and braking during taxi operations. The system would therefore reduce, if not remove altogether, the need for tugs to manoeuvre aircraft in and out of stands, delivering more efficient turnaround times and increased on time performance.

The only waste product is fresh clean water which could be used to refill the aircraft’s water system throughout the flight.

The concept has been developed by easyJet’s engineering director Ian Davies and his team working with some of the ideas from students combined with easyJet’s own conceptual thinking.

Head of Engineering, easyJet, Ian Davies, commented, “The hybrid plane concept we are announcing today is both a vision of the future and a challenge to our partners and suppliers to continue to push the boundaries towards reducing our carbon emissions.”

Dr. Craig Lawson, Lecturer, Centre for Aeronautics, Cranfield University, added, “We are delighted to be working on this project with easyJet on what is a real-world example of how we can innovate together. Our students have showcased some exciting ideas for the 2035 vision of the airline industry through The Future of Flight competition, presenting environmental solutions, operational improvements and ideas to enhance the customer experience. We’re looking forward to developing this concept further.”