easyJet has opened its 2018 Generation easyJet Pilot Training Programme. The airline launched it with a national campaign to inspire more girls to become airline pilots.

The campaign is headed by a recruitment film, re-enacting the famous scene from Hollywood movie Catch Me If You Can where Leonardo DiCaprio impersonates an pilot walking through an airport with armfuls of cabin crew.

easyJet is looking to recruit 460 new pilots to meet record demand as its European network continues to grow. Opportunities range from cadet pilots starting their career to experienced co-pilots and captains from other airlines and the military.

The airline says the film hopes to correct misconceptions forwarded by Hollywood movies like Top Gun, The Aviator and Flyboys that being a pilot is a man’s job.

easyJet surprised holiday-goers and business travellers at London Southend Airport by reshooting the famous scene with a cast of children, aged between five and nine years-old, putting a girl front and centre.

Leading the cast was nine-year-old Hannah Revie, the daughter of real easyJet captain Emily Revie. Hannah adopted DiCaprio’s swagger in full easyJet uniform and was flanked by an entourage of boys, playing the role of the cabin crew, played by children of easyJet staff, to inspire young girls to pursue a pilot career. 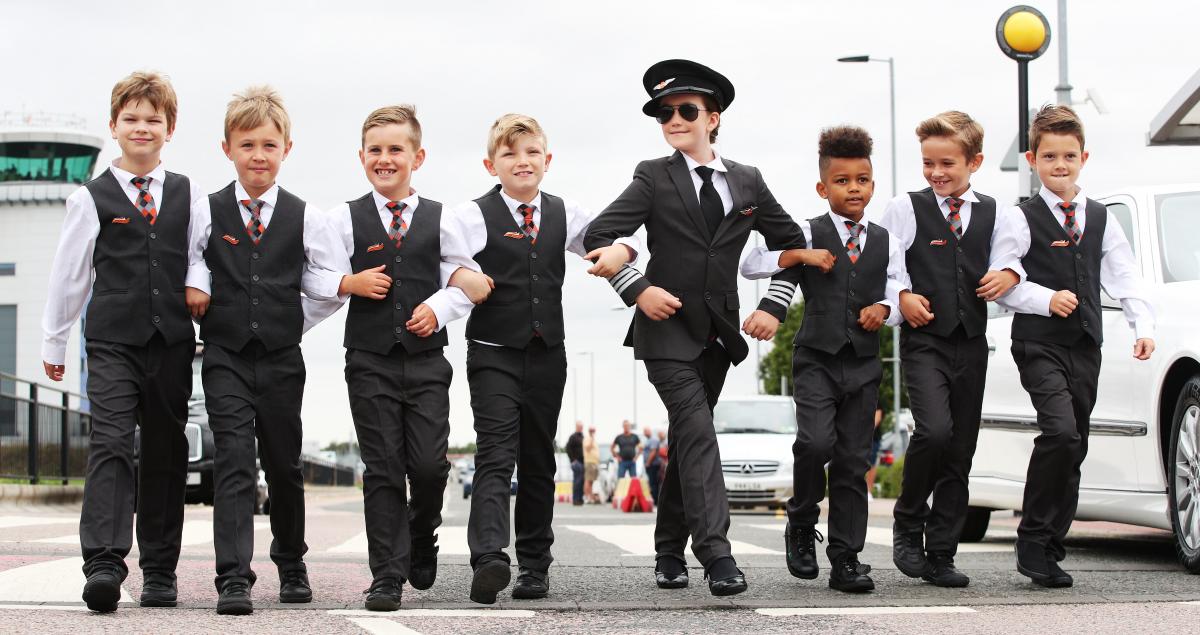 Hannah’s mum, easyJet captain Emily Revie who comes from four generations of pilots and also features in the film, said: “When I was at school being a pilot was definitely considered a career for the boys and I was told to think about what else I could do as a job.

“I’m really pleased to be taking part in an initiative to encourage more girls like Hannah to consider the career. I love my job and would recommend it to anyone.”

To find out how to become a pilot for easyJet visit http://becomeapilot.easyjet.com/

easyJet has joined Race to Zero, a global UN-backed campaign to achieve net-zero carbon emissions by 2050 at the latest.   The airline is committing...

Join us at Pilot Careers Live Madrid on 17th September