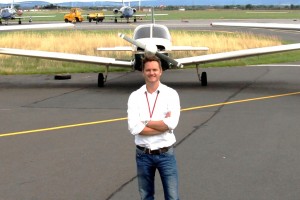 St George Flight Training has operated across the region since 1993 and is approved by the CAA to teach courses for both the Commercial Pilot’s Licence and Instructor Rating.

Following the merger, all staff, instructors and aircraft at St George Flight Training will remain within the business, meaning very little change and disruption to customer training schedules, or aircraft hire.

The expanded Durham Tees Flight Training operation will consist of 15 aircraft and 13 instructors across two sites. With Northumbria Flying School’s engineering and maintenance facility at Newcastle complementing the use of outside maintenance organisations, aircraft availability and maintenance turnaround times will be greatly improved.

Durham Tees Flight Training’s Managing Director, David Ripley, commented, “Many thanks to Captain Reed and the staff at St George Flight Training, who have built and operated an excellent, very professional flight training operation over the last 20 years and have helped smooth the hand over to us as new owners.

“We intend to build on that long history of success over the coming months and years and provide the North East GA community with a private and commercial flight training organisation that will be the envy of the rest of the UK. We look forward to welcoming customers and members new and old to be a part of it.”