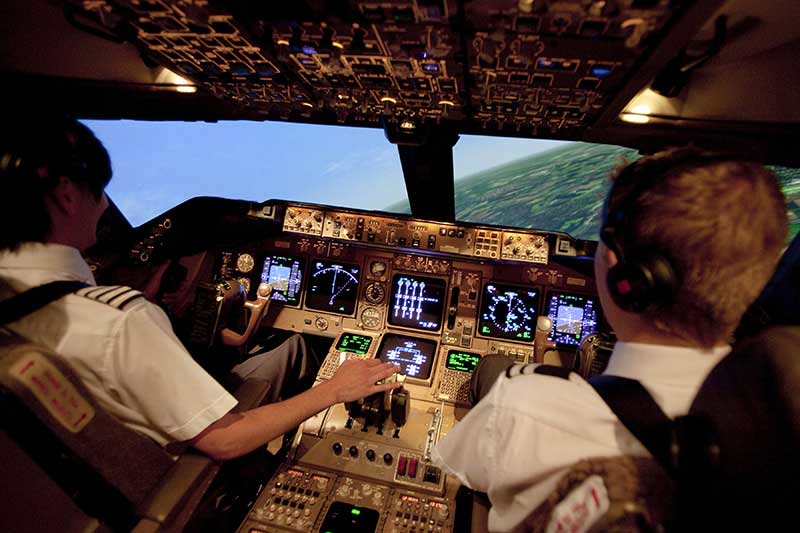 The first ever standard for an apprenticeship as a commercial airline pilots in the UK is now a reality.

It has been developed by a group of leading aviation employers and organisations, and approved for delivery. It paves the way for a more accessible career option for would-be professional pilots.

The apprenticeship has been put together by a specialist sub-group of the Aviation Industry Skills Board. It has the backing of BALPA and the Honourable Company of Air Pilots and is supported by leading aviation employers, including British Airways, Flybe, EasyJet, Virgin Atlantic Airways and TUI.

What it needs now is for an airline, any airline, to pick up the apprenticeship standard and use it.

BALPA has raised concerns over the phenomenally high costs of pilot training, which can run to £100,000 or more. The union says the expense may be putting off talented potential pilots from less affluent backgrounds.

“BALPA has been working with the industry to get the first UK pilot apprenticeship programme off the ground,” said BALPA’s Wendy Pursey.

“This is important to open up the profession to all those who are capable and passionate about flying, not just those with the deepest pockets.

“We hope the new pilot apprenticeship programme will make that a reality for more people.”

Back in 2017 when the work on the apprenticeship started, it was estimated that the total saving for a trainee pilot going through and apprenticeship could be up to £27,000 of the total costs. So how are airlines going to afford this?

As of May 2017, all UK-operating businesses (not just in aviation) with a payroll above £3 million a year are required to pay a levy of 0.5% of their payroll costs. Some of this money can then be recuperated if the employer adopts an apprenticeship scheme.

“It’s fantastic news that the standard for the pilot apprenticeship scheme has been approved.

“We’ve been really proud to lead on the development of this industry-first scheme and we’ll now move to working on the necessary next steps to get the recruitment process live.

“As a pilot myself, I’m really passionate about what an exciting opportunity this apprenticeship represents to those looking to join the aviation industry. It means that becoming a pilot will be a more accessible career option for many, and provide a platform to diversify the profession.”

The British Airline Pilots Association (BALPA) is calling for airlines to encourage women in to the industry by improving maternity pay. BALPA says th...