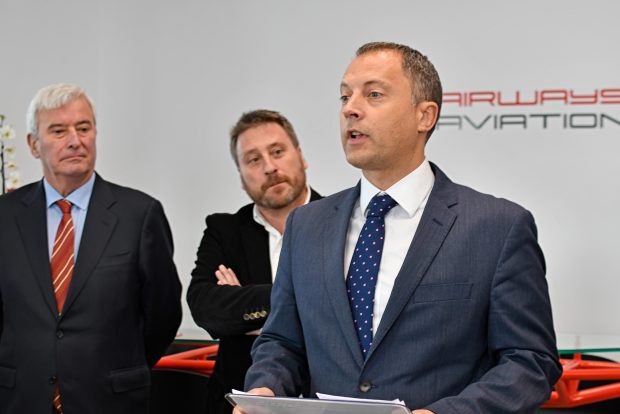 The occasion was marked with an opening ceremony held on 30 November, 2016. Based at Huesca-Pirineos Airport, Airways Aviation Academy Huesca has already welcomed the inaugural class of 20 trainee pilots and will enrol another 15 this year. Student numbers are expected to grow to more than 100 in 2017.

Ian Cooper, CEO, Airways Aviation, explained, “Huesca is an ideal location for an aviation academy, with excellent weather conditions year-round that enable our students to maximise their flying time,” adding that investment from the Aragon government has allowed the facility to offer high-quality classrooms and student accommodation. The company aims to continue developing the Huesca academy, with plans including the addition of flight simulators and further operations areas, classrooms and accommodation.

The grand opening ceremony was attended by local VIPs including José Luis Soro Domingo and Gustavo Alcalde from the Government of Aragon; Mayor of Huesca, Luis Felipe Serrate and Airways Aviation’s CEO Ian Cooper. Invited guests were given a tour of the academy and student accommodation and a chance to hear about the progress Airways Aviation has made to date.

The Huesca academy is estimated to have brought €2.7m into the local economy, directly through student fees and indirectly through student spending in the locality. The development, which has taken six months to complete, has already created 13 local jobs, from customer service staff to drivers and flight instructors. Airways Aviation expects this number to rise to more than 20 in 2017.