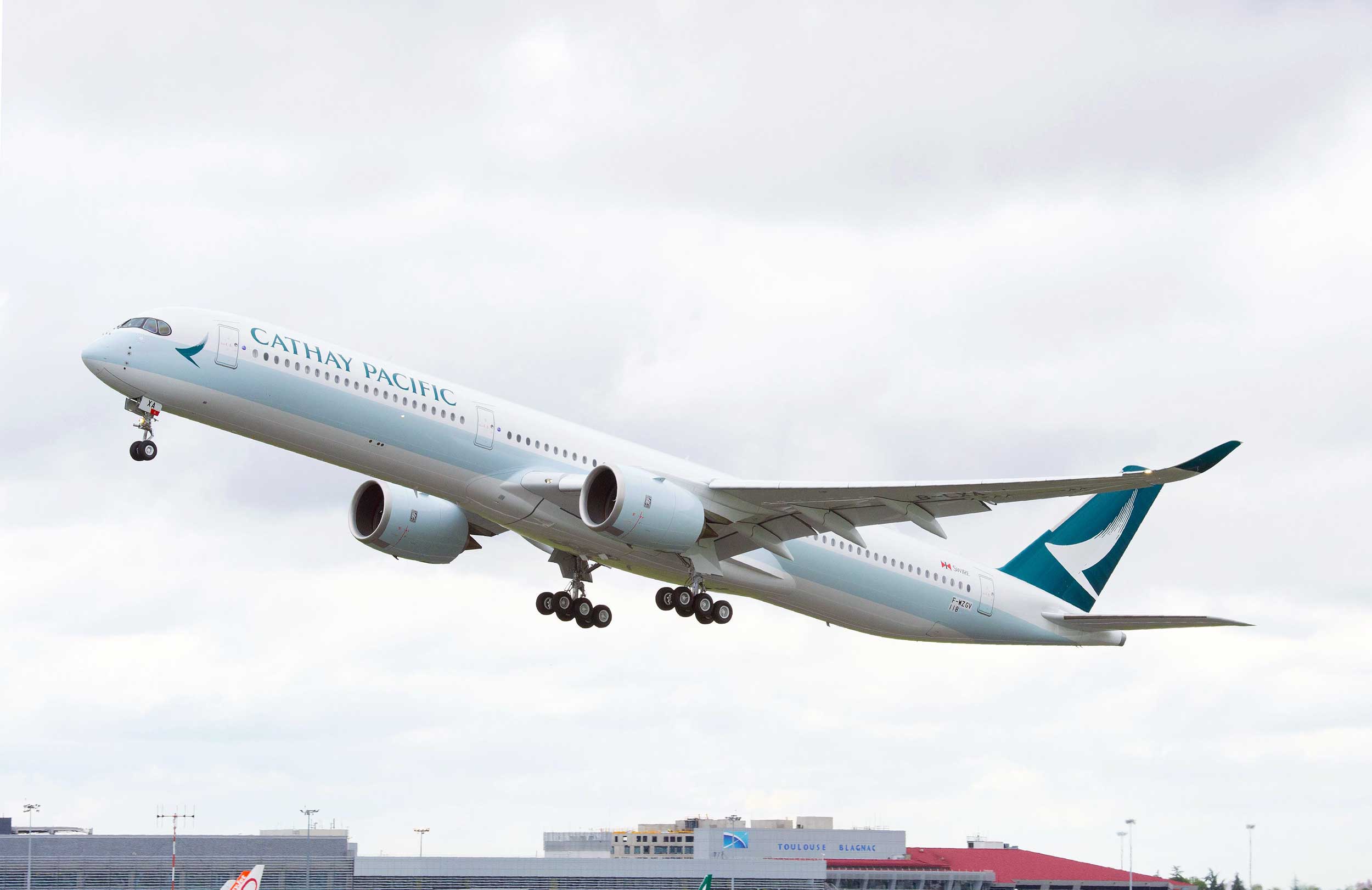 Cathay Pacific’s first A350 being delivered from the Airbus home base at Toulouse Airport, France

Single-pilot ops have surfaced again in a report by Reuters news agency which says that Airbus and Cathay Pacific are working on introducing ‘reduced crew’ long haul flights.

There would still be two pilots on board but during the long cruise stage of a flight, the suggestion is that one pilot flies the aircraft while the other rests.

This would reduce pilot numbers from three or four on a long haul flight to two.

The Reuters article says the idea is known as Project Connect within Airbus and the immediate aim is to certify the A350 twin-engined wide-body het for single-pilot ops during high-altitude cruise.

Cathay Pacific Airways is reported as saying, “While we are engaging with Airbus in the development of the concept of reduced crew operations, we have not committed in any way to being the launch customer.”

There are regulatory and other hurdles to be overcome, not least resistance from pilot unions and groups. 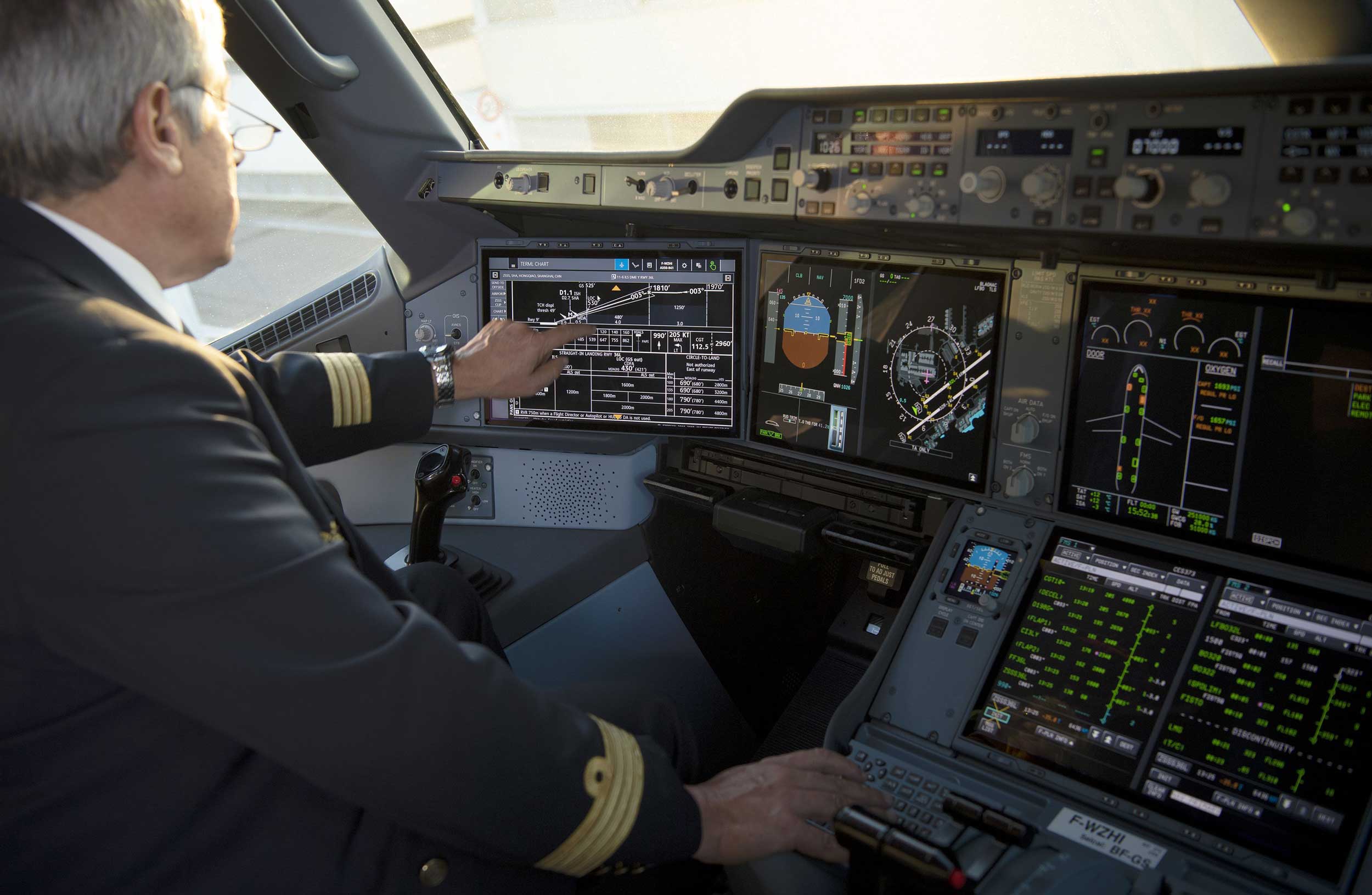 The latest version of the Airbus A350 cockpit has touchscreen controls, making the pilot’s life easier and possibly helping the move to single-pilot ops. Photos: Airbus

However, EASA Executive Director Patrick Ky in a video discussion in January 2021, said, “We are working on single-pilot operations. The prerequisite for us is that the single pilot operation has to be safer than the two pilot operation.

“We believe this can be implemented quite soon – typically for phases of the flight when you don’t need necessarily to have the two pilots in the cockpit, typically on long haul flights when you are at a cruise altitude there is very little happening in the cockpit.

“It may make sense to say that instead of having two pilots in the cockpit, you can have one in the cockpit with the other one taking a rest provided that we are implementing technical solutions which makes sure that if the single one is asleep or has any problem there won’t be any unsafe conditions.

“Now, as for single pilot operations for the entire flight, we are looking into it,” confirmed Ky. “As a safety agency we always have to look at events when the single pilot is incapacitated and then what happens?”