A question of pilot age: How old is too old? 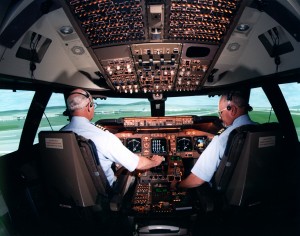 An interesting article which invokes the continued debate about pilot age. Have a read and let us know what you think in the comments section below.

In February 2012, the LOT London-Warsaw flight was grounded due to the ‘over 60’ pilots who should have operated the aircraft. Though the ICAO regulations state that pilots are allowed to operate an aircraft up till the age 65, still the global aviation society doesn’t have a unanimous approach to the issue.

For many decades, pilots from many countries around the world were forced to retire at 60, until the new regulations were adopted by the ICAO, pushing the age limit to 65. The review of the international age requirements was issued in 2006, allowing for one pilot to be up to 65 (provided that the other pilot is under 60) on international flights and for both pilots to be no older than 65 on domestic routes.   “In spite of the ICAO provisions, many CAAs have been dealing with the ‘age issue’ in their own way, depending on the local pilot market situation. The Japanese authorities, for that matter, had raised the age limit almost a decade before the ICAO recommended to do so. Moreover, some countries, like New Zealand, Canada or the Russian Federation, have limit the age of their pilots for the international flights only,” commented the CEO of AviationCV.com, Skaiste Knyzaite.  Both pilots and the aviation industry express different concerns regarding the issue. For the soon-to-be retired pilots, it is an extra opportunity to ensure their pension benefits, especially for those who have been working for the air carriers which eventually went bankrupt, thus affecting their employees’ pension funds. Airlines, at the same time, gain an additional possibility to deal with the shortage of skilful pilots.  However, not everyone in the industry welcomes the allowance for the pilots over 60 to continue operating commercial flights. First and foremost is the younger pilot generation. After all, the market rotation is slowing for another five years, thus prolonging the younger pilots’ career stagnation. There are also a few safety concerns related to the medical condition of the older flight crew members.   “Though older people are more likely to suffer from certain medical conditions, still there are no irrefutable data that older pilots pose a higher risk for the flight than their younger and less-experienced counterparts. In any case, many skilful pilots who are approaching the age of 60 are willing to continue their work. And many air companies worldwide are only glad to hire a highly experienced crew. But operating an aircraft is not the only role for the mature pilots. Whilst cooperating with different training organisations and recruitment agencies, these aviation professionals help younger generation to acquire invaluable practical experience and obtain the necessary type ratings,” concluded Skaiste Knyzaite.

What’s the minimum age for a commercial airline pilot?

Language communication problems in the aviation industry are to be studied by the UK CAA. An extensive research project will explore whether poor comm...