A pilot’s shift starts long before the cockpit

Sometimes it takes longer to prepare than for the actual flight

An interesting reminder that a pilot’s job does not begin and end with their performance in the cockpit:

According to Airports Council International (ACI), in 2010 global aviation industry companies served over 5 billion passengers. Many of them still embrace the tradition to clap after a smooth and safe landing, expressing their gratitude for the pilot’s job ‘well done’. But do passengers realise that the pilot’s working day does not begin and does not end with his performance in the cockpit?

A pilot’s shift usually begins two hours prior to the flight. Along with the other flight crew members, the captain arrives at the airport of departure, where he, like any other person, must pass a full range of the security checks. The only exception for flight crew members – they may use special staff only entrance since they must board the plane before the passengers.

“Sometimes for pilots it takes way longer to prepare for the flight than the actual duration of the flight. But whether your flight is 40 minutes or 8 hours long, the procedures are the same – medical check, flight data analysis, briefing and aircraft check. Under no circumstances can the crew skip any of these steps,” comments the CEO of AviationCV.com Skaiste Knyzaite.

The medical check is set to confirm that all cockpit and cabin crew members are mentally and physically fit to perform their duties. Usually the procedures include a blood pressure check and a general examination. Should a doctor doubt the condition of pilot, additional tests may be conducted, including a blood test. Then, upon a successful completion of the medical check, the crew starts the flight examination. The captain receives the flight data, which includes the route map, landing chart, the weather forecast, etc. Along with the First Officer, the captain calculates the necessary amount of fuel, depending on the aircraft load. The pre-flight data analysis usually doesn’t require more than 30 minutes, unless it is a new route for one or both of  the pilots. After the briefing with the First Officer, the captain briefs the Chief Purser or the Senior crew member who afterwards briefs the rest of the crew.

“While passengers are finishing the registration, doing some duty-free shopping and anticipating their flights in departure lounges, the intense activity on the airdrome is on-going as the aircraft is being prepared for the take-off. Technical and ground handling personnel are not the only ones participating in the process. The flight crew also plays a significant role. After all, it is the captain who makes the final decision to start the engines!” says Skaiste Knyzaite.

While attendants are preparing the cabin to be clean and comfortable for the passengers, pilots are conducting the external and internal aircraft systems’ check. They carry out the initial systems’ test, personally check the engines, tail planes and aircraft structure for any defects, ice formations, etc. All of these procedures are conducted simultaneously with other works, e.g. fuelling, de-icing, delivering all catering and sales items on board, etc.

When the boarding begins and passengers are taking their seats, the cockpit crew finalises the flight plan, rechecks weather conditions and specifies taxiing on the landing strip. After the ATC gives the permission, the aircraft is finally ready to take-off. So the next time you are in an aeroplane, remember that making your flight comfortable and pleasant takes a little bit more than just the aircraft piloting alone. 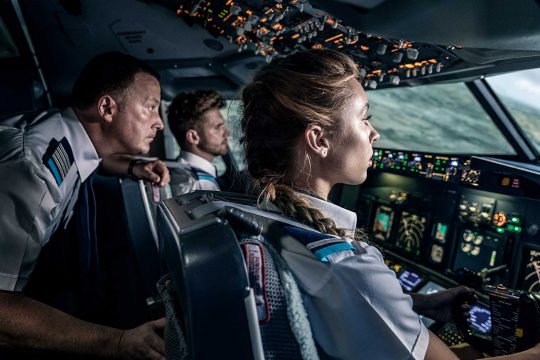 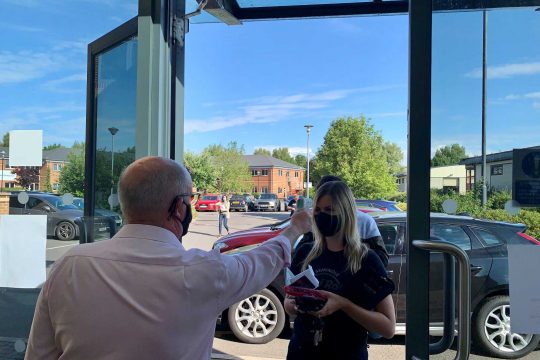 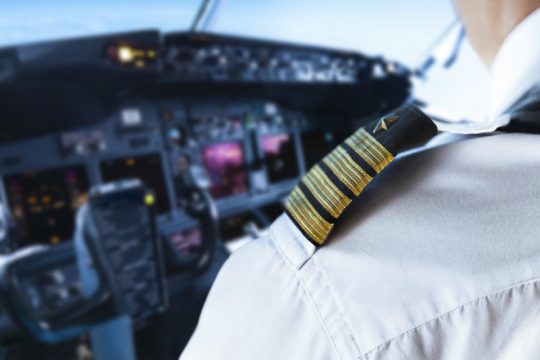