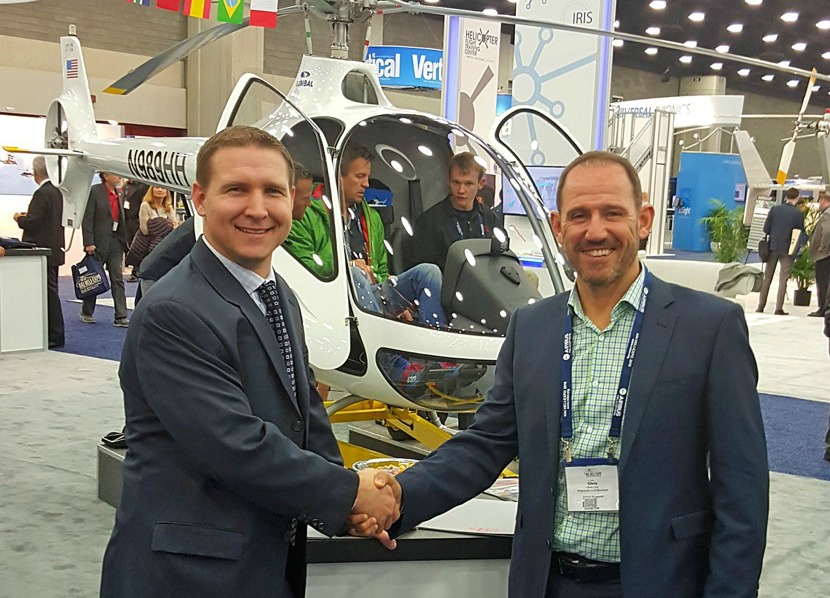 An agreement was made with Precision to support Helicentre Aviation’s operation with parts and maintenance. “This has been a very successful trip and we now have all of the logistics agreed to begin operating very soon” Line commented. “I am very much looking forward to working with David and his team at Precision. They have very quickly become the centre of excellence and expertise for the Guimbal product in the US, and their support will be crucial for us to expand our UK success in operating the Cabri G2 into the States” he added.

The new facility will open in Central Florida early this summer with the first brand new Cabri G2, painted in the company’s corporate livery, scheduled for delivery in late April. “Initially the facility will be used to accommodate students on modular professional courses, including our BSc (Hons) degree” Line remarked. “The primary activity will be hour building, which will will alleviate the pressure on our UK facility. Students will have the opportunity to broaden their experience with better continuity in the hour building stages of their programme, especially during the UK wintertime”.

Plans to expand the Florida operation further include the ability to conduct EASA training as part of the Academy’s existing ATO approval, as well as becoming an FAA Part 141 training facility. The fleet will consist mainly of Cabri G2’s which will also provide opportunities for existing US pilots to gain Cabri experience and allow them to self-fly-hire. Helicentre Aviation Academy intends to acquire a further Cabri G2 from Precision Helicopters either in late 2016 or very early 2017.