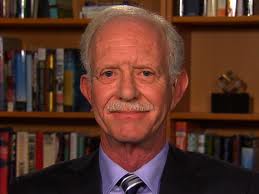 For the second time in less than a week, a passenger jet has been forced to make an emergency landing after hitting birds. On Tuesday night, a JetBlue flight took off from Westchester County, New York bound for West Palm Beach, Florida, when it collided with at least two Canada geese.

In this video from CBS News, Capt. Chesley Sullenberger comments on the statistic that over the past two decades, bird strikes have increased from nearly 1,800 a year to more than 9,600 and explains that “experience is key.”

This comment accompanies the FAA’s current plan to increase the number of flight hours to qualify to be an airline pilot from 250 hours to 1,500 hours. View the video here.