Turning dreams to a reality: A Commercial Pilot Licence in £32k 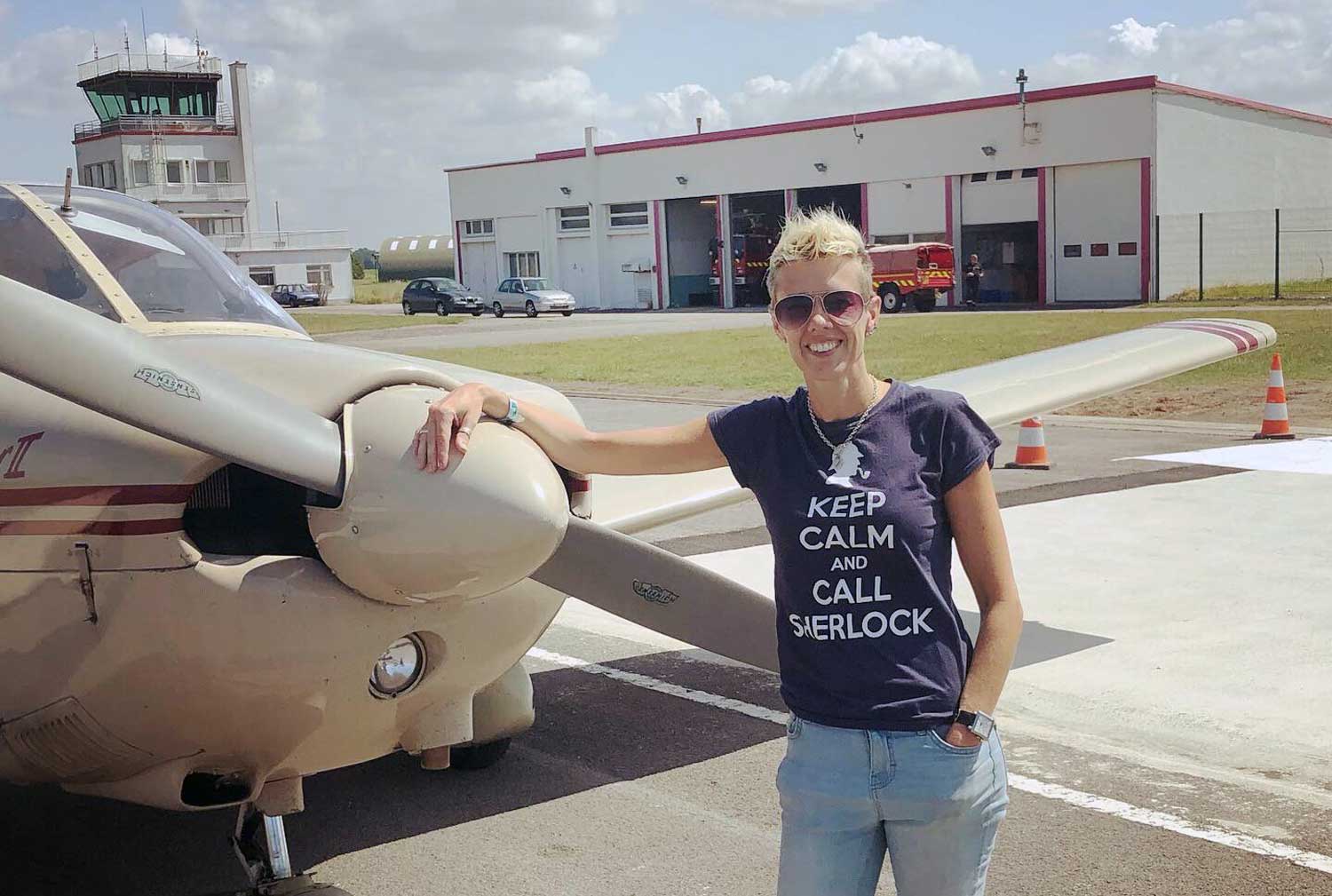 This article is by Dr Helen Owton, psychologist and researcher with a CPL, MEP, night rating, and IR(R). She is a member of the Leicester Aero Club and completed her CPL and MEP at Central Flight Training, Tatenhill, where she is training for her MEIR.

Like many, learning to fly has always been a dream. When I started learning to fly, I knew it would be a challenge to fund the training to become a commercial pilot.

Not only did I need to manage my time between learning to fly, working full time with family responsibilities but I needed to be financially astute.

As I started to do research, I thought I would either have to re-mortgage my house or have to go abroad to be able to afford the training. However, I found ways to be creative and get the best out of what is on offer in the UK.

A PPL involves 45 hours of flying and 9 ground exam fees and it’s important to remember that this is a minimum requirement which can be quoted at approx. £8k.

To plan for costs, most pilots are likely to complete their PPL with over 50 hours which could be an additional £1,000. Also, there are landing fees, a skills test and a licence fee to account for.

Hour building
To be eligible to take the Commercial Pilot Licence (CPL) test, a pilot needs 100 hours PIC and 200 total hours so this meant hour building.

I considered going abroad to the US to build hours, but I figured out, after I paid for accommodation and lost income, I would be better off finding a share in an aircraft based in the UK.

This took longer than I thought but while I was building hours slowly at the aero club, I found that hanging around the club had benefits. Indeed, opportunities presented themselves, such as, being offered flights with experienced pilots in different aircraft to different airfields. Also, some pilots were willing to reveal more ways to save money.

One day, a commercial pilot told me about a share available and I spent a few weeks working out how much this would cost and doing some research on the aircraft. The non-equity share meant paying a monthly fee of £65 (for a minimum of 6 months) and hourly costs worked out at approximately £90 (less if you leaned the mixture well).

Spending time doing a bit of research to find airfields with cheap fuel (e.g. Eddsfield) can be financially satisfying as well as fun.

Also, the weather was an unpredictable challenge giving me lots to learn about as opposed to flying somewhere like Spain or Greece where the weather is often lovely (but not as challenging).

I flew with friends and shared the cost of fuel. I volunteered at the aero club doing fire crew and air ground radio to help towards flying hours. Also, I helped at events, such as ‘Flying the Kids’ which was rewarding as well as flying for half the price.

Another way to save fuel costs is to fly to France. Calais has a reasonable €10 landing fee, cheaper fuel and fuel duty drawback can be claimed after the flight.

The best way to save costs on building hours of course was to do ferry flying for the club’s aircraft for maintenance – these were free!

ATPL exams
Once I had completed my PPL, I signed up to CATS Aviation to complete my ATPL theoretical exams. This involved distance learning and I have written about this journey here. Once I had paid £2,560 for the materials, I had to pay £79 per exam and account for fuel and accommodation costs to attend three study weeks.

Night Rating
When I was looking for hour building packages, I saw some costs associated with Night Ratings but none of them beat my aero club.

I was pleased about this as I really enjoyed flying from the club and took the opportunity to fly with a really experienced aerobatic pilot who was keen to pass on his knowledge. I felt that flying with a good flight instructor helped me pass my night rating in the five hours.

Not only did I enjoy flying at the club, but I was lucky to have really experienced commercial pilots I could learn to fly with right on my doorstep, so I decided to start my Instrument Rating (R).

This spread the cost a bit and I used the opportunity to fly more accurately and try and get rid of any bad habits I developed while I was hour building. I completed this a couple of months before I started my CPL, so this meant the knowledge and my skills were fresher.

Commercial Pilot Licence (CPL)
I looked at many options, weighing up the costs, the pros and cons, instructor and school reputation, location and feasibility of the training of someone in my position who needed to still work and look after family.

Whilst training aboard might have been cheaper, training full time and away from home meant losing an income as well.

I had heard of rumours where pilots had achieved their CPL in three days. Whilst the speed of completing this course might have sounded impressive, I was concerned about the lack of time this allowed for making mistakes and learning from them. I am someone who values a day or two in between training to allow for consolidation.

I chose a smaller school based in the UK which had an excellent reputation for getting the best out of their students. They worked their training around people who worked, and their motivation didn’t appear to be financial but more to produce pilots of the highest standards.

One example to help you save money was the way they planned their training so that you completed the MEP Rating with the CPL which meant just one skills test, saving me the costs of the MEP test and the aircraft hire.

Total Costs
The total MEP costs amounted to £2,800 in a Beechcraft 76 Duchess alongside simulator training which I have left out in the total costs for the purposes of this article. Additionally, the CAA licence fee was £256 but the skills test was combined with the CPL test, so I didn’t have to pay the additional aircraft hire and MEP skills test.

Therefore, my total costs from zero to obtaining a CPL equated to £31,603. All my choice of training organisations has meant I can pay as I go with the benefit of not forking out big lumps of money – this means I have had a degree of security with the investment of my training as well.

Not only have I saved re-mortgaging my house and stayed based in the UK, but I believe I have received an extremely high standard of training along the way.

Be a pilot modular ATPL pilot training
see all articles