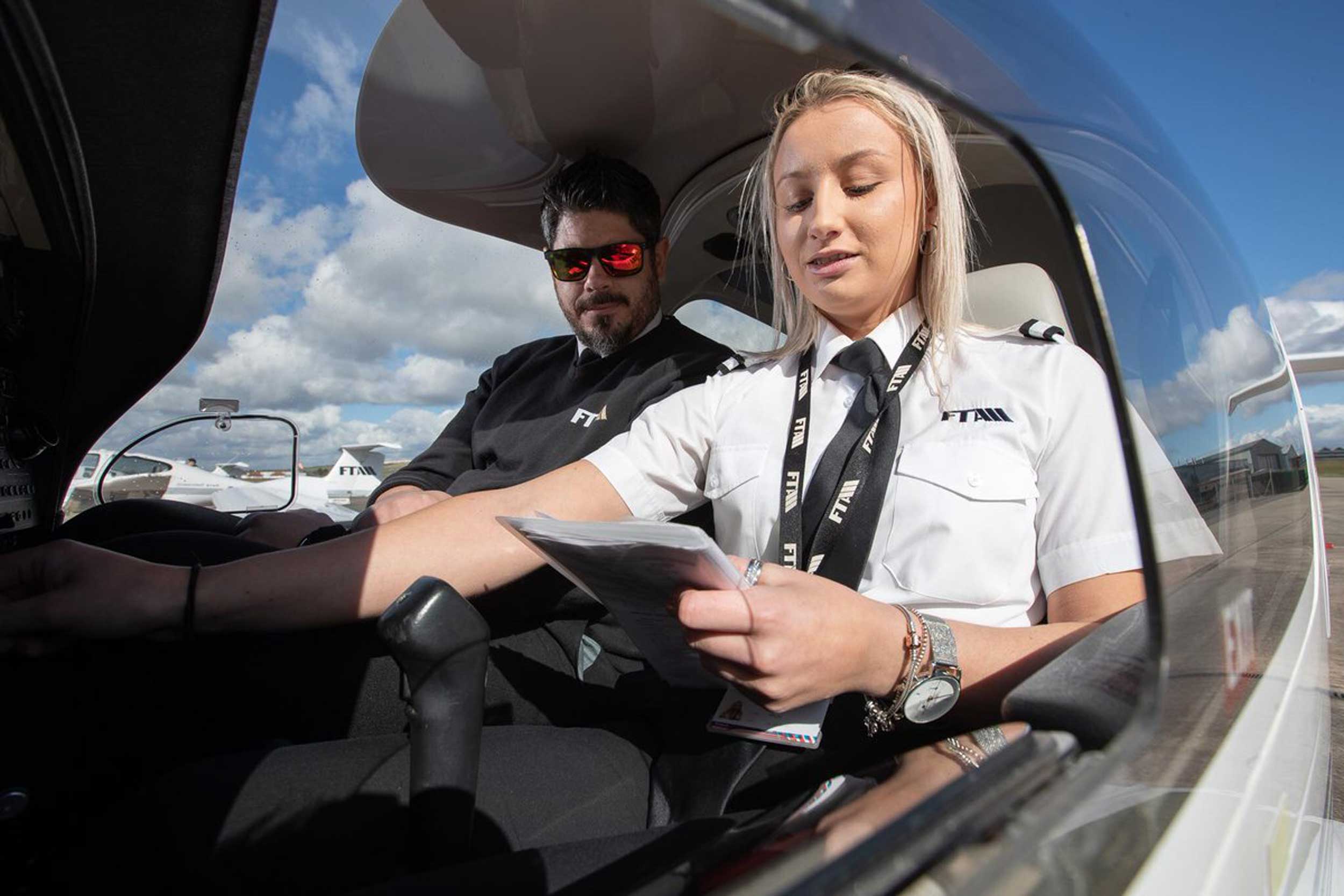 PARTNER CONTENT The big decision: do I go for a UK or EASA licence? It’s a quandary facing cadet pilots about to start their training but one answer is: Both, with FTA Global.

One of the big questions facing a person planning their training to become a professional pilot is whether to go for an Air Transport Pilot’s Licence (ATPL) from the UK Civil Aviation Authority (CAA) or one from the European Aviation Safety Agency (EASA).

One answer is to hold both CAA and EASA ATPLs but isn’t that a whole lot more work, time and expense?

Not necessarily. Shoreham-based Approved Training Organisation (ATO) FTA Global takes full advantage of its location on the south coast to fly its cadet pilots across the Channel to France. Not only do the cadets broaden their experience by flying internationally but, crucially, they can work towards both licences.

FTA Global now offers both integrated and modular ATPL training that leads to both UK CAA and EASA licences being issued at minimum extra cost and time.

Q Why did FTA Global develop the dual licence course?

A Not long after the referendum where it was voted that the UK would leave the EU, we began planning for how we would continue to operate if the UK CAA left EASA and what training we would be able to offer and to whom.

We identified that many of our students would wish to have a licence that was recognised by the EU.

We applied to become an ATO under the oversight of EASA in November 2018 – over two years before it actually happened.

In the latter part of 2019 and 2020, whilst the UK CAA was still part of EASA, we gave students the option of choosing who would issue their licence – some chose the UK CAA and some chose EASA and the process was quite straightforward.

Now the UK CAA is officially no longer a member state of EASA, our ATO has two approvals, one with the UK CAA and one with EASA.  The courses are identical which means that with some extra theory exams and one extra flight test, the students can apply to an EASA state and to the UK CAA simultaneously and be issued a licence by both. 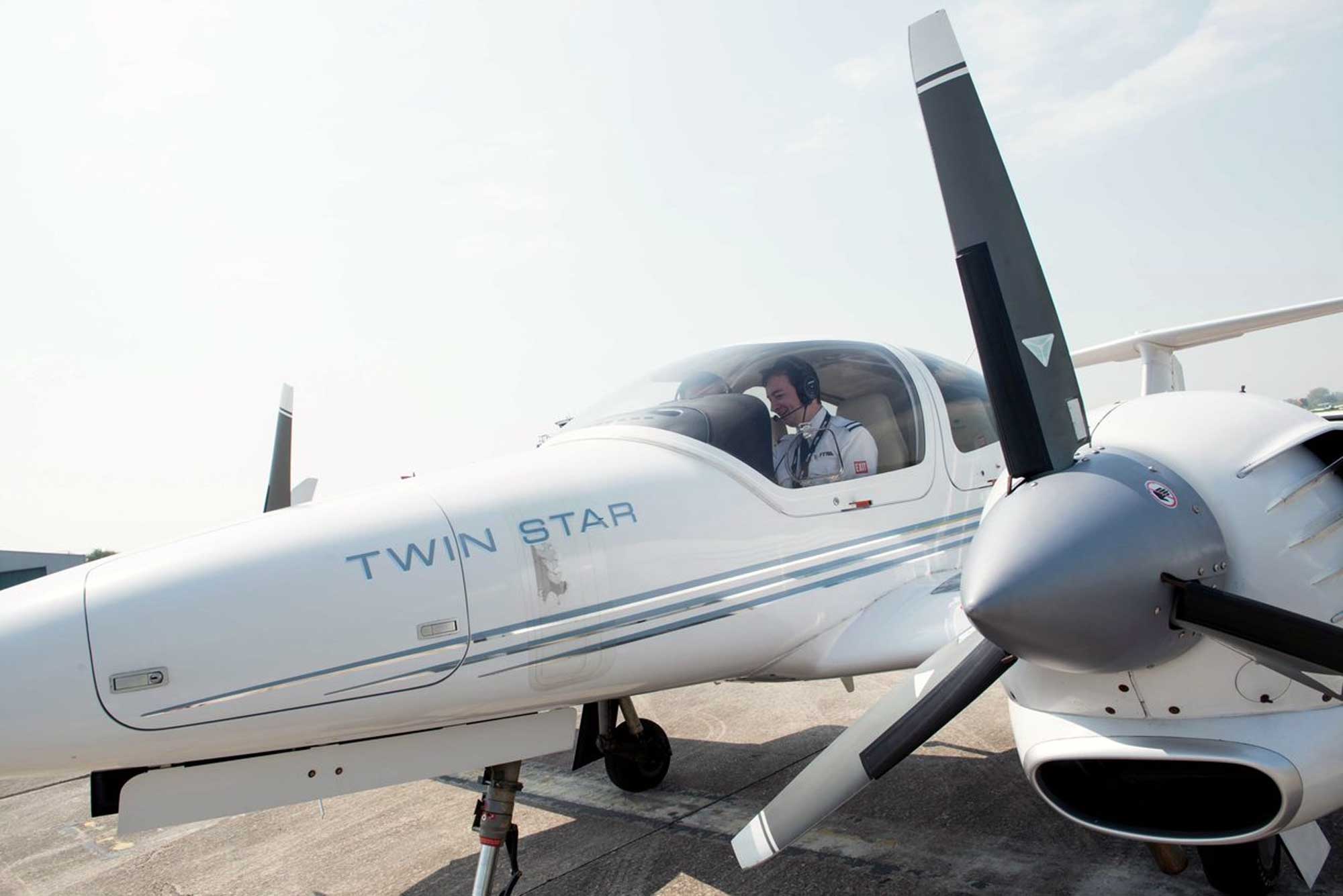 Q Why would a cadet pilot choose to go this route?

A Put simply, as a newly qualified pilot, you want to be as employable as possible by as many operators as possible to give you the opportunity to secure that first job as a pilot.

By holding a UK CAA and an EASA licence, you can apply to operators in the UK and in the EU.

It’s also important to bear in mind that some airlines may base you in the UK, but you still require an EASA licence to work for them – Ryanair or Wizzair being two examples.

Some may choose to build their experience with these EU registered low cost carriers before moving on to a UK registered airline. The logbook experience all counts and by having a UK CAA and an EASA licence, that would be straightforward to do.

It is important to say that it is completely down to the student to decide whether they want a UK CAA licence, and EASA licence, or both. Whilst we recommend both, we support any decision they make. 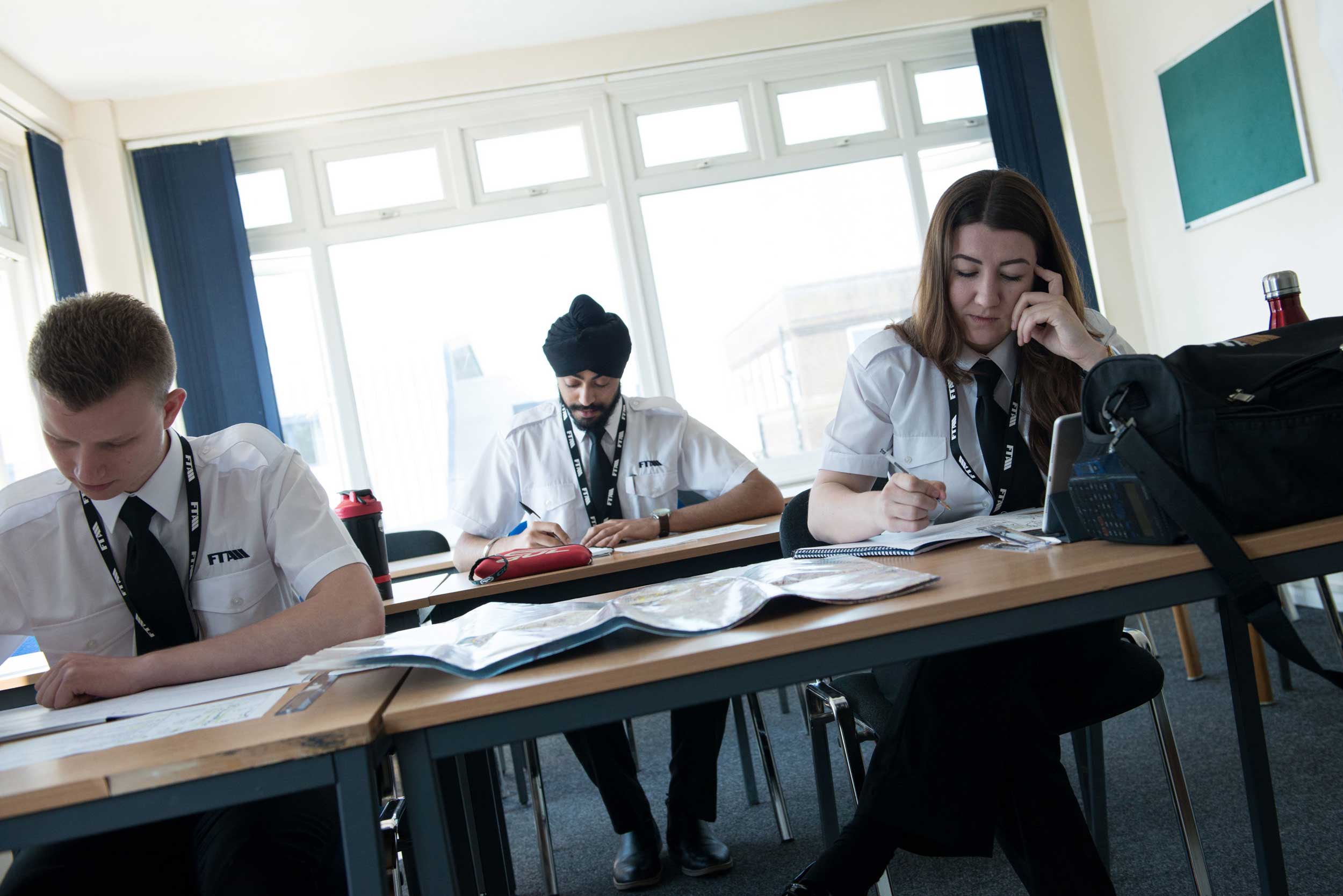 Don’t be put off by taking two sets of ATPL exams: it’s the same course

Q What are the essentials of the course?

A The flight and theory training is exactly the same for EASA and the UK CAA.

The student aiming to have an EASA and a UK CAA licence would have to complete another set of ATPL exams and an extra IR test (one flown in EU airspace, one flown in UK airspace).

A lot of people take a deep breath when they hear that they need to sit the ATPL exams twice (one set with the UK CAA, one with an EASA state), but reaching the standard to pass the exams is the challenging thing, not sitting in the exam room!

So if they can pass the exams one week, there is no reason why they shouldn’t be able to do it again the following week. 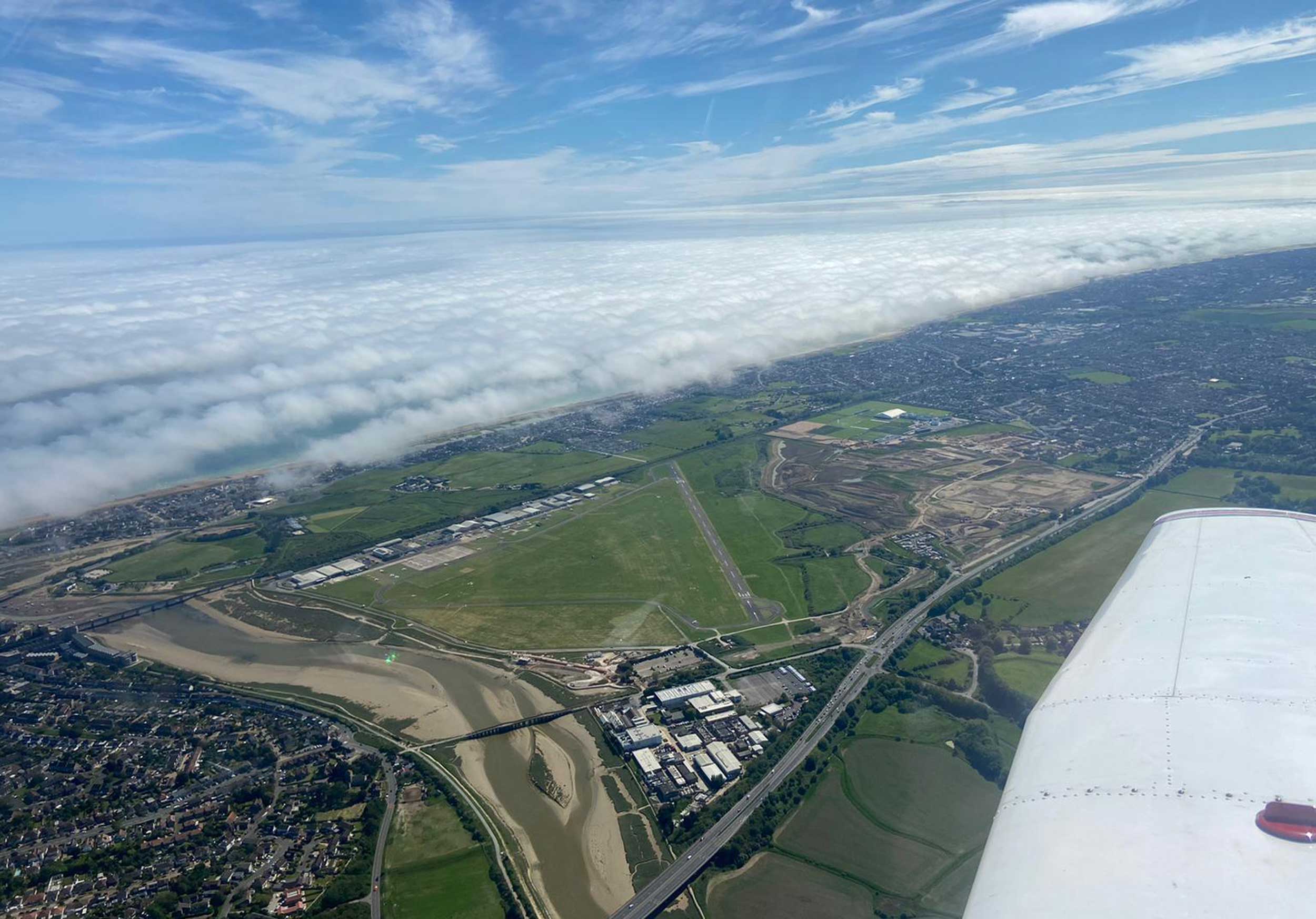 FTA is based at Brighton City (Shoreham) Airport on the south coast, handy for flights to France to train for and take the EASA IR

Q Why is it advantageous being based on the south coast?

Before the end of 2020 this was not a problem as the UK was a member state. From 1 January 2021 onwards though, it means that we have to complete training and testing (for the IR part of the course) in EU airspace.

FTA has always used French airfields for some of the instrument training anyway as France is so close, so we can continue to do that. The only operational change we have had to make is to complete the IR test in France as well.

Being so close to France means we can do all of this very easily. For IR tests, we tend to fly to Le Touquet which takes about 30 minutes. The test commences in Le Touquet then we fly to other airports (which have been used during training) followed by returning to Le Touquet. The test ends there and we fly back to Shoreham again.

From departing Shoreham to arriving back after completing the transit flights and test is no more than four hours from start to finish. To do this from one base would be very challenging if we were based further away which is why I believe we are the only ATO in the UK to offer simultaneous EASA and UK CAA training and testing from one base. 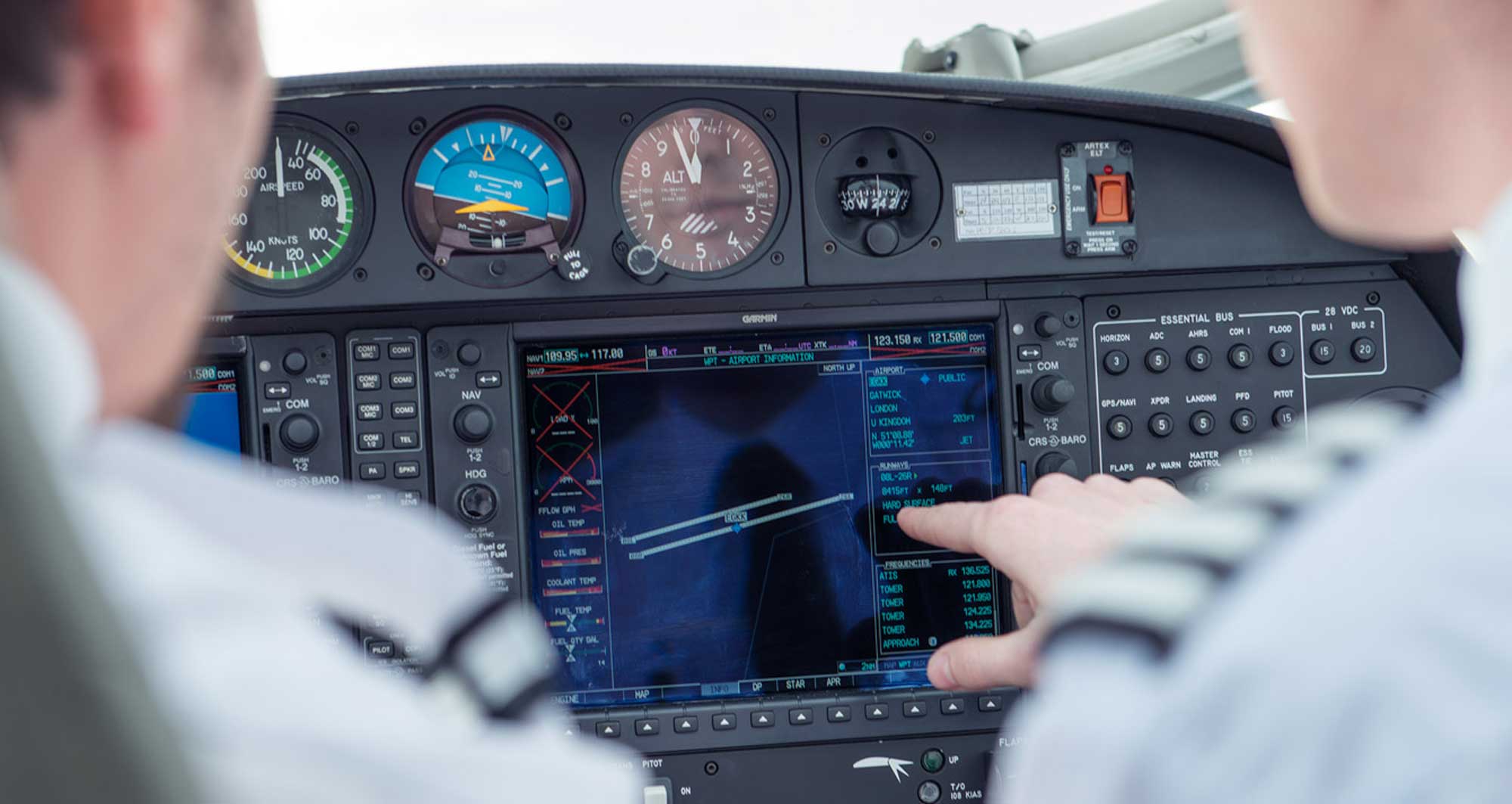 Flight training is split into four phases, with the final phase covering the IR

Q Can you give a brief description of both the integrated and modular courses?

A The Integrated course (approved by EASA and the UK CAA) is full-time and takes approx 18 to 24 months.

The first 10 months are spent studying for the ATPL theory exams and the Knowledge, Skills and Attitudes required, after which the student will move to the flight training part of the course which is split into four phases, starting with basic flight training, moving on to advanced handling and navigation.

We also offer all the required Modular courses to take someone from zero experience to being ‘airline ready’ and they are all approved by EASA and the UK CAA. The Modular course tends to take a little longer as there are more flying hours required but it suits those who can’t commit to a full time course. 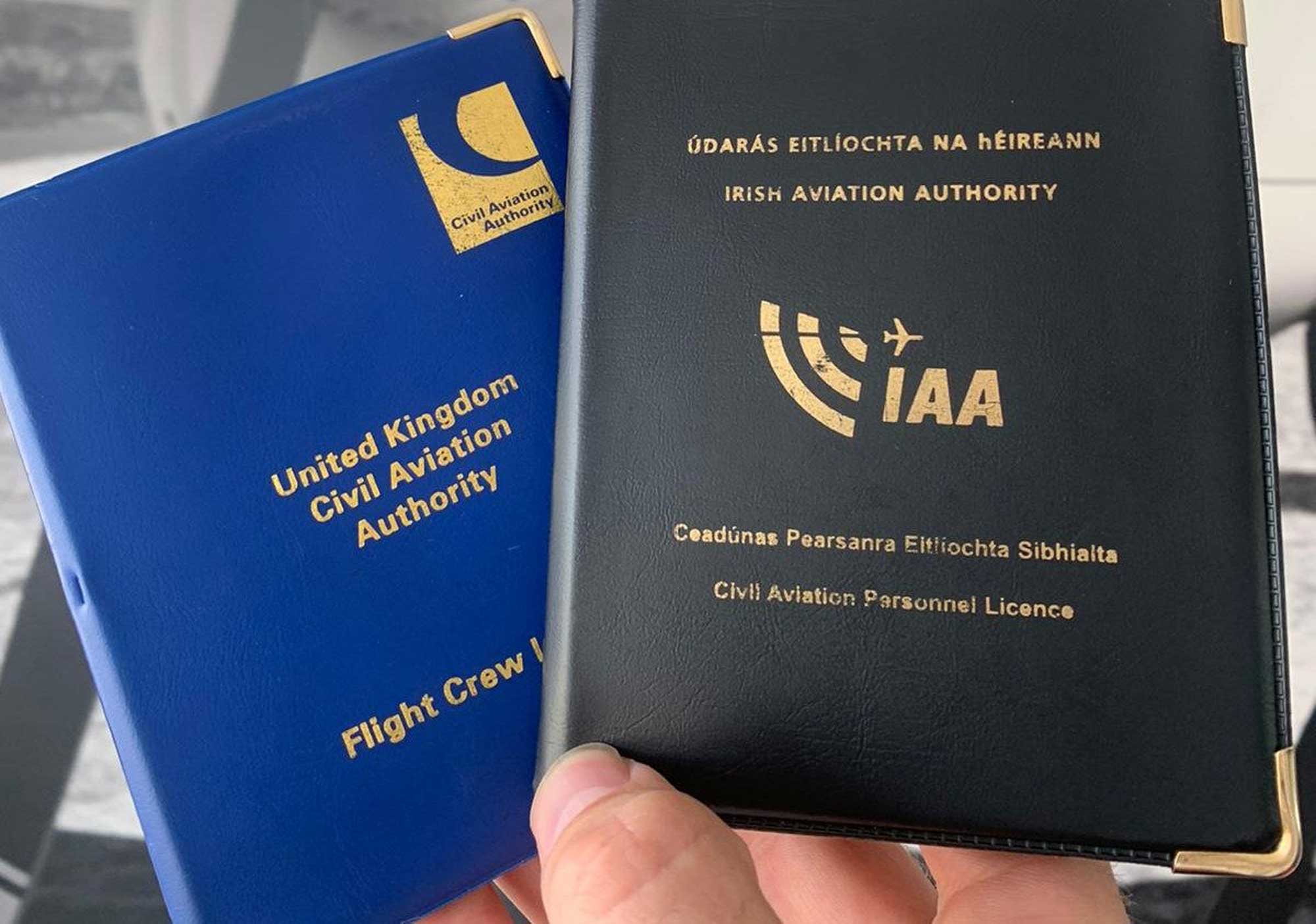 What a student pilot will graduate with: two licences, one UK CAA and the other EASA

Q What the pilot will end up with?

A The pilot on an integrated course who chose the dual route will finish with a UK CAA and EASA licence with Multi-engine Piston Rating and Multi-engine IR.

The expiry dates for the ratings on each licence will match and can be revalidated/renewed at the same time when necessary, provided the ATO and examiners have approvals from EASA and the UK CAA (which FTA does of course).

We do not charge extra for those revalidating/renewing both at the same time as it simply requires a little more paperwork.

The pilot on a modular course will finish with the same, but also a Single Engine Piston Rating (assuming they held a valid one prior to licence issue). 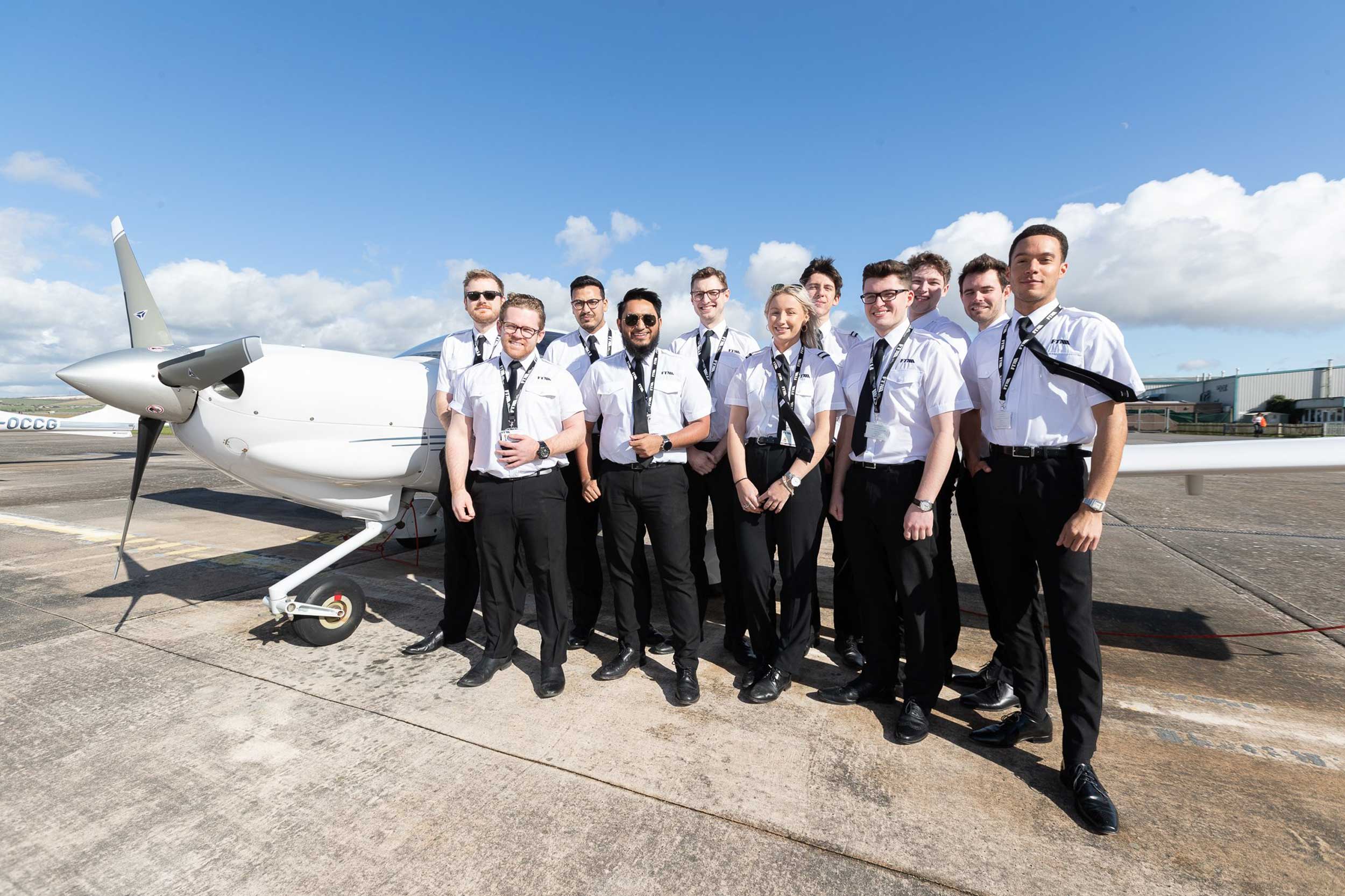 Whether you go the Integrated route or Modular, you’ll have very similar training and the same result

Q What does the dual course cost?

A The Integrated course cost is £87,950 which includes first attempts at EASA and UK CAA theory and flight tests.

The Modular course is a little harder to price because it depends on where you are in your training and, if you’ve already taken some ATPL exams, who they were with. For the complete package it’s approximately £85,000.

What medical is needed? 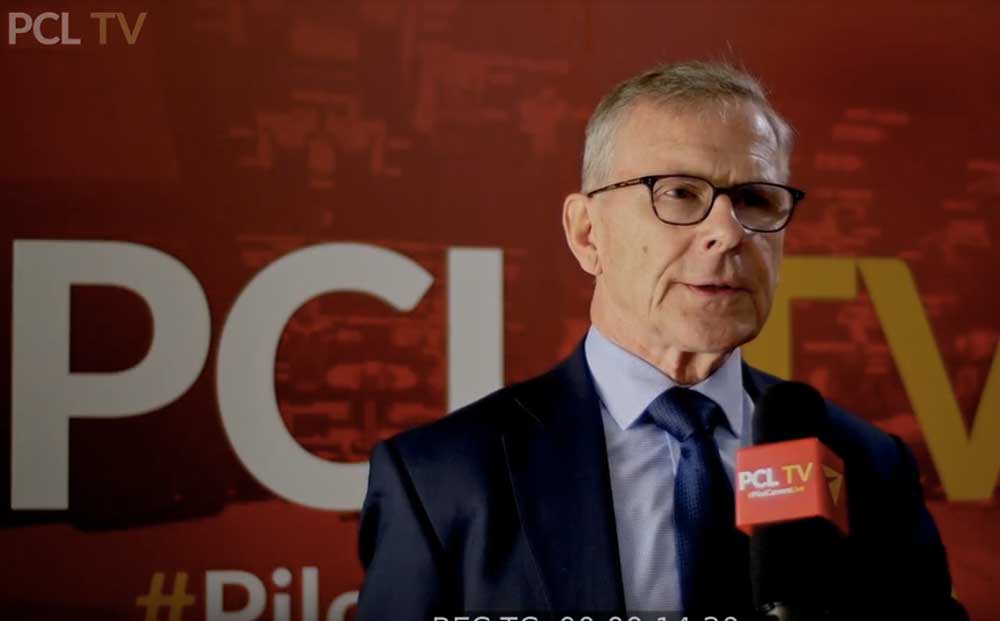 If you’re going down the dual licence route, You’ll need both a CAA and an EASA Class 1 medical. Luckily, you can get both with Centreline Aviation Medical Services who are based in Gatwick and London.

Centreline’s Dr Chris King says it makes sense when you book your initial [medical] to book it early as possible because it could take a little bit longer than normal because you’re waiting on another authority to issue the approval for the certificate.

It’s worth getting both CAA and EASA medicals done simultaneously. You’ll save money in the long run – potentially as much as a £1,000 – because there’s only one medical examination and just an extra admin fee of £135 for both approvals.

The other useful and neat thing is that once you’ve had the aeromedical in the one place, every year it can be renewed at the same time for both EASA and CAA.

The transition period from the UK CAA leaving the EU and EASA system finishes at the end of 2022. From 1 January 2023, the UK will no longer recognise...

Leading Edge Aviation is one of a handful of Approved Training Organisations (ATOs) who are offering students the opportunity to achieve a dual UK CAA...