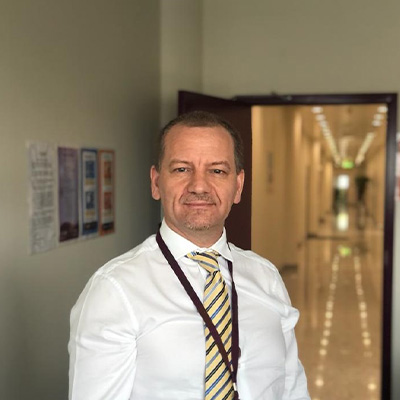 John Meares, Head of Flight Operations, has overseen a 60% fleet expansion and the startup of three new UK bases during the pandemic.

Following 10 years designing Formula 1 cars, John followed his passion and began a career in aviation. Starting off with modular Pilot Training, John went on to work as a General Aviation Flying Instructor before gaining his first airline position on the A320 as a First Officer at BMI. This was followed by a 10 year stint at Qatar Airways flying both A320 & A330 and a series of roles in Flight Operations Management. Moving from the Senior Manager Airbus position in Qatar to his current role as Head of Flight Operations at Wizz Air UK in January 2020, John entered the world of Ultra Low Cost Carriers, where he has overseen a 60% fleet expansion and the start up of 3 new UK bases during the pandemic.