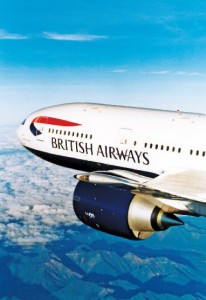 Depending on the fleet, British Airways pilots fly between 750-900 hours p.a

What are BA’s plans for pilot recruitment over the next 12-24 months?
The earliest that British Airways is likely to recruit new pilots into the airline will be spring 2011.

What requirements do you have from applicants, in terms of experience and the types of licence and ratings held?

British Airways recruits pilots with a variety of backgrounds and experience. Low-hour pilots will have graduated form a full-time Integrated ab initio training course at a British Airways approved Flight training Organization to be considered for employment. Direct Entry Pilots (DEPs) must have attained at least 500 hours on a multi-engine transport category aircraft with an MTOM of greater than 10 tonnes to be considered for shorthaul vacancies. They must also be in possession of an ATPL (frozen).

To be considered for long-haul vacancies, applicants require 2,000 hours total time with 1,000 hours on a jet transport with an MTOM of greater than 25 tonnes. They must also be in possession of an unrestricted ATPL.

We also accept applications from military pilots, both fixed-wing and rotary, once they have attained 1,500 hours on a military aircraft type.

Are your pilots expected to pay for their own type ratings?
Previously we have not required applicants to pay for their type ratings. This is a formula that works for us, and while BA does not have plans to change this, as with anything it is appropriate to review each area of our operations on a regular basis.

What percentage of the pilots you hire will be taking on their first flying job?
In the last period of recruitment, 2005-2008 approximately 32% of new entrant pilots recruited by British Airways were low-hour pilots.

With regards to graduate pilot entry, what is your preference on their training routes, modular or integrated?
We only recruit low-hour pilots that have graduated from a full-time Integrated Course at a BA approved FTO. If an individual chooses to gain their licence via the modular course, then BA will consider them once they have gained experience with another airline and they meet the requirements of the DEP scheme.

What is the average starting salary for a First Officer?
The current starting rate of pay for low hour pilots is approx £32k plus allowances of approx £6-8k p.a.

How many hours a year can a First Officer expect to fly?
Depending on the fleet, British Airways pilots fly between 750-900 hours p.a.

What is the average time required to be promoted from First Officer to Captain?
This is very difficult to indicate as promotion is dependent on growth and pilot retirements. Over the last 10 years the average time to achieving a Command has been approximately 11 years. While this may seem longer than other operators, the career length of a British Airways pilot could be 40 years.

Where are your pilots based?
All of our pilots are based either at London Heathrow or Gatwick.

British Airways is celebrating its centenary this year and is kicking off the birthday party by  painting four of its aircraft in retro design...

British Airways has retired its fleet of Boeing 767 aircraft. The airline’s final two 767s were flown to St Athan in Wales after the last commercial...